Tonight’s performance of Spend Spend Spend, has surely left audience members stunned. HHTC (Handsworth Hallam Theatre Company) surely had a huge task on their hands. Based on a true story and set in Castleford, the story captures the life is of Viv Nicholson winner of the football pools back in the 1980s. The show’s writers Steve Brown and Justin Greene certainly deserve the applause for this stunning piece of craft.

The show follows the life of the one and only Viv Nicholson. Set in Castleford, the shows unveils her life and how she came from nothing, to been the winner of the football pools and of course that famous line “what will you be doing with the money Viv” the press ask, where she replies “Spend, Spend, Spend”. This emotional rollercoaster gave us an insight to her life, where she began and where she ended up being.

We sat down in our seats, as I leant back I admired the set, it was simplistic but really gave off that old feel to an old mining town. The overture struck and we were most definitely in safe hands with David Burgess at the helm (Musical director) Burgess and his team really out did themselves this evening. Danni B Hibbert in the role of Older Viv, was a real diamond, seriously breath taking, her command of the lyric and the acting was totally sublime. Hibbert not only had the passion and the love for her craft, moreover she had the experience as a women, you really gave Barbra Dickson a run for her money. 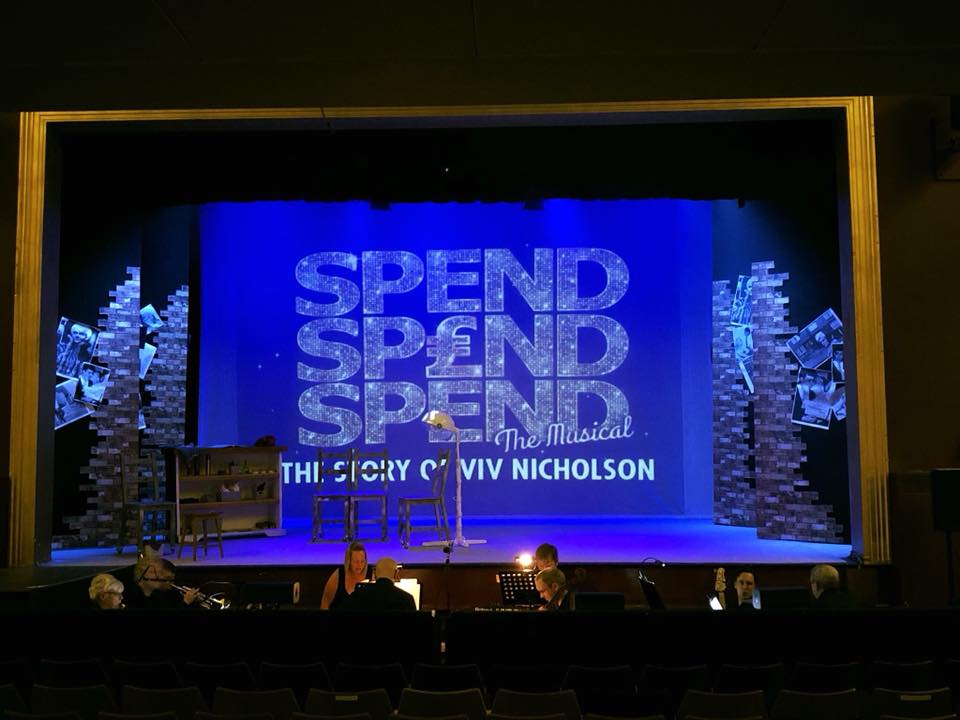 Young Viv was in the capable hands of Beth Atkin, definitely a name to look out for, her understanding of the story was great. Viv’s husband was played by the loose and down in the knee Joseph Walker, he definitely captures the emotional intention and had amazing spacial awareness. The chemistry between Atkin and Walker was electric, the dynamics in their relationship really delivered on stage.

We were fortunate to witness Steve Mather take on the role of George, Viv’s father. I take my hat off to Mather as taking on such an emotional role can be tough, however from a speaking point of view, at times it was hard to understand what he was actually saying at times. Diction is really important, and at times it became muffled, but his acting and maturity was stunning. Now let’s talk about Bev Walker, wow you absolutely go lady, why isn’t this your day job Mrs! Walker took on the role of Viv’s mother, her acting through song never faulted, her reaction on stage in ensemble and whilst Walker wasn’t speaking stood out a mile off, I’m sure the audience would back me when I say you did the role justice. The ensemble didn’t fault, you carried the leads and supported them exactly how you should, the individuality and acting intelligence was amazing. A special mention goes to the duet between young Viv and Older Viv, wow that sent shivers down my spine, and that was the showstopper for me and the rest of the audience and deserved more credit than what it got, well done!

A couple of things that did stick out to me we’re the sight lines. We were sat on the left hand side of the theatre and sight lines were not great. I always take my hands off for the tech team because the job is tough, and I would never be able to take it on however microphones were not on sometimes. Only minor problems but I’m sure they will be resolved by the next few shows.

What a wonderful evening, this musical was totally brilliant and was delivered masterfully by this amazing cast, you should all be so proud of what you have achieved. Good luck for the next couple of nights, and a really great show guys.