Get comfy and settle in for an evening of delightful, entertaining, and moving monologues in Alan Bennett’s Talking Heads at the West Yorkshire Playhouse. Under the direction of James Brining, Amy Leach and John R. Wilkinson, the six monologues which constitute the play are divided into three per nightly performance. This has the salutary effect that each performance offers something different.

Going into the performance, I knew nothing about the content of the play or its history as a successful BBC dramatization in the late 1980s. This was certainly a benefit, as while the monologues don’t have narrative ‘twists’, something would have been lost by knowing beforehand how the individual stories developed and turned out. Those who are not familiar with Alan Bennett’s oeuvre should therefore not be dissuaded from dipping their toe into this fine performance. The performance I attended showcased the monologues of the characters Susan (Cate Hamer), Irene (Vanessa Rosenthal), and Doris (Marlene Sidaway). Without giving away too much, each monologue focuses on one of these mid-aged or elderly women at a crossroads in their respective lives. There is farce and dark comedy, as well as Bennett’s trademark facility with everyday observation and the language of his native Yorkshire. 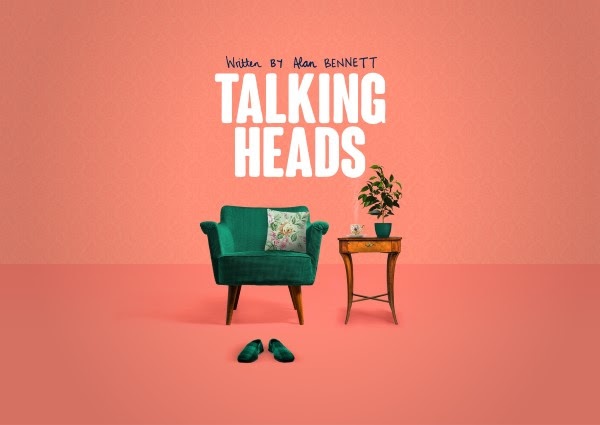 The challenge with any such format is to keep the audience engrossed for the length of time one character is speaking. I must admit that my attention did start to wander at times, though this was, in all fairness, probably because I am not in the demographic to most closely empathise with the travails of middle-aged women in 1980s Yorkshire. The play was at its best when it provided a jolt to the audience with a moment of humour or pathos, and these are what kept me interested for the full runtime. The performances are remarkable, however; Hamer, Rosenthal and Sidaway inhabit their characters completely, and provide the audience with a human connection of empathy while revealing the underlying nastiness or anti-social tendencies of their characters. None of the characters are entirely likeable, and yet it is to the actors’ credit that we care about their respective journeys.

The set design is at once minimalist and enormous; taking the form of a huge cone which encompasses the stage and portrays the characters’ homes (and, in one scene, a prison cell). This is well integrated with the performance on both practical and metaphorical levels: practical, because it allows the actors enough time to transition from once scene to another without leaving the stage; metaphorical, as the gradual smallness of the room suggests the shrinking of the characters’ lives. Similarly, the length of time during transitions may be too long for the taste of some, but others will see it as mirroring the deliberate, inevitable pace of the monologues. The music will prove similarly divisive: while minimal and used to good dramatic effect, it was repetitive and sometimes felt out of place with the tone of a particular scene, where the play could not decide if it was a dark comedy or a serious drama.

The performance at the West Yorkshire Playhouse ends a successful tour of the production throughout every postcode in Leeds, where local residents have volunteered to host one of the iconic in their own homes. This is a testament to both the performers who bring the characters alive so seamlessly that they seem like ordinary women, perhaps female relations or neighbours, and to the artistic directors’ vision to ground this performance and make it a genuine community experience. This is strongly reflected in the atmosphere in the theatrical production. Bennett’s play is a celebration of the everyday striving of ordinary people that deserves your attention.