Magic is all around in this production of The Secret Garden, Frances Hodgson Burnett’s classic children’s tale of love, loss, and redemption. The play is directed by Liz Stevenson and adapted for the stage by Jessica Swale.

Set at the turn of the 20th century, young Mary Lennox (played by Ella Dunlop) is the daughter of the lieutenant-governor of an Indian province. Spoiled and emotionally abused in equal measure by her parents, Mary is orphaned when an earthquake strikes their residence and she is the sole survivor. Shipped off to England, she is transported to the country estate of her uncle, Archibald Craven (Chris Jack). In the vastness of the house and grounds, there are secrets that are not to be spoken of. Striking up an unlikely friendship with housemaid Martha (Coral Sinclair) and her younger brother, animal enchanter Dickon (Matthew Durkon), Mary sets about uncovering the secrets of the house and the whereabouts of the fabled secret garden. 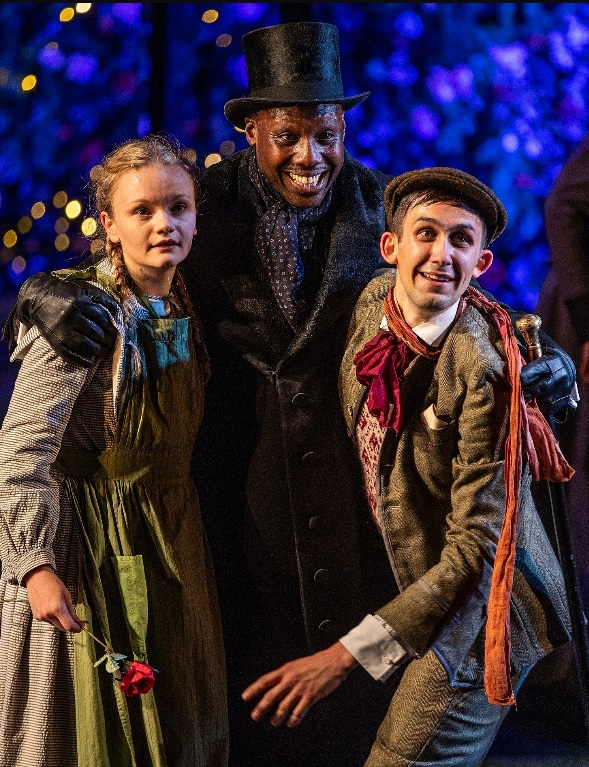 What is most striking about this production, is the charming, enigmatic, individual characters created by each actor. Every character is quintessentially, recognisable, and unique, whether it be the gardener (Keith Bartlett), the maid (Coral Sinclair), or a tiny bird (Avita Jay)! Praise must go first and foremost to Ella Dunlop, whose voice in particular is enchanting to the ear. Her character’s journey from brutish snob to sympathetic heroine is performed with amazing subtlety and subdued charisma. Likewise, Steven Roberts’ performance as the housebound Colin Craven is wonderfully played for laughs at every opportunity, turning what could have been a dark and sombre character into one of the show’s highlights. The cast are uniformly excellent, however, and nothing but praise can be given to each of them. Overall, the cast performed with impressive energy, colour, and spirit that will have everyone singing, engaged, and smiling!

The other thing that must be noted is the wondrous set design, which turns the stage from an austere manor house into a rich, verdant garden at the turn of a scene. Indeed, it is nothing short of remarkable how a space which at times feels intimate is transformed into vast woodland. This is complimented by the excellent use of lighting and music to convey the tone and emotionalism of the scenes. Furthermore, the use of puppets to portray sentient woodland animals is playful and fits the tone of the production. I will admit to being sceptical at first, but after several scenes I rarely noticed the puppeteers, so engrossing was the interaction between actors and “animals”; the animals will charm you as much as the human performers!

The only thing to be aware of in this production, is that for younger audiences the dialogue might initially seem a tad exposition-heavy, and that the cries of Colin Craven (combined with lighting effects) a little fearful.

These are very minor quibbles, however. The performances are thoroughly enjoyable and judging from the audience reaction a great time was had by all. The Secret Garden, therefore, is one production that should definitely not be kept a secret.