To call something ‘nice’ can sound like damning with faint praise. The reader might infer that the thing in question is insipid or unimpressive. And yet, that is exactly the adjective which describes York Theatre Royal’s production of Alfred Uhry’s Driving Miss Daisy (directed by Suzann McLean). It is neither insipid nor unimpressive, however; it is a gentle, uplifting and quietly powerful night at the theatre.

The plot concerns elderly widow Daisy Werthan (Paula Wilcox), a Jewish woman in the American Deep South. After crashing her car, Daisy is pressured by her son, local businessman Boolie (Cory English), to take on a driver, African American Hoke Coleburn (Maurey Richards). As a fiercely and sometimes comically self-sufficient woman, Daisy is initially hostile to the idea, but slowly a friendship develops between the two. The play covers the ensuing decades of the characters’ lives, during which time the south—and the United States as a whole—experiences the conflicts of the Civil Rights era. The social and political drama, however, is very much in the background, and the action of the play focuses on the domestic interplay between the lead characters. 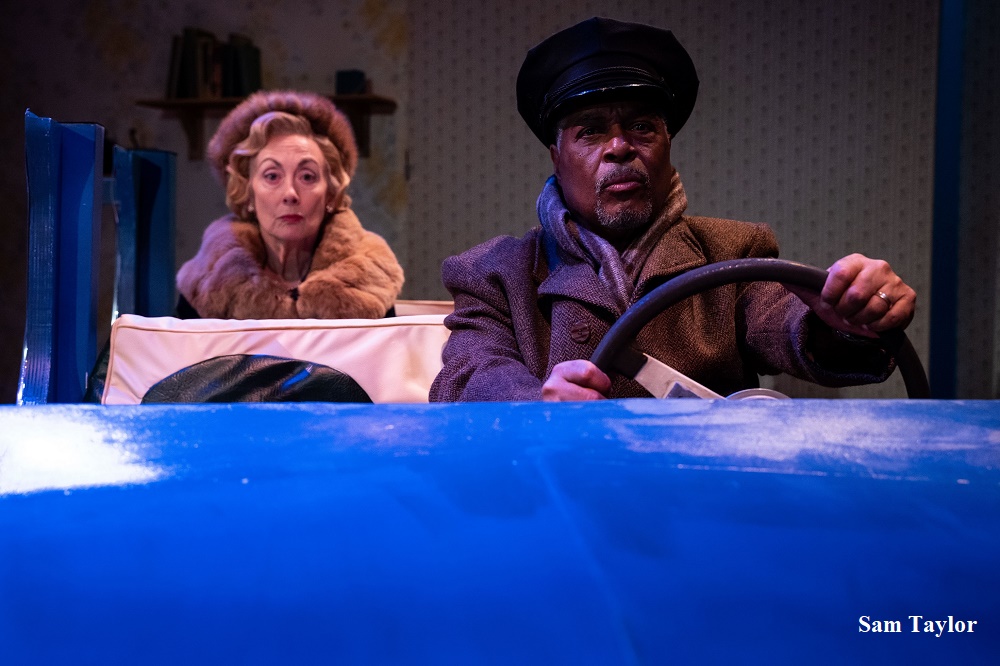 Though the narrative may appear simplistic at the outset, the play can be unpacked in several different ways. Hoke’s personal struggle for dignity as an African American man is matched with Daisy’s desire to remain self-sufficient and not become dependent on others. The parallels between the treatment of Jewish and black minorities in the US are gestured towards, and it shows that discrimination is not confined to one religion or ethnicity. Similarly, the play demonstrates that bigotry is more about attitudes and minor actions taken behind other’s backs, rather than dramatic instances of oppression. Ultimately, however, what makes the play work is that most of the societal conflict takes place off-stage and is rarely addressed directly. It is first and foremost a character drama, with the developing friendship between Daisy and Hoke taking centre-stage. It is also very funny, peppered throughout with moments of wry humour.

The performances are excellent, and even though there are only three characters the play never feels underpopulated. The accents, in particular, are polished and deserving of praise, as they could easily become cartoonish or drift into stereotype. The actors also do well to mark the characters’ physical aging as the decades progress. Paula Wilcox is superb in the title role, physically aging beautifully throughout the play, and Maurey Richards skilfully masters the subtleties of Hoke’s personality, especially in moments of exasperated humour. Cory English likewise puts in a charming performance as Boolie, who is good-natured but realistic about his mother and about the state of society in general.

The costumes and set design are excellent, and the use of newspaper clippings in the background is a good device to literally portray the background of the characters’ lives. The play is elevated by its use of contemporary music, and audiences will find themselves nodding along to more than one song. Overall, Driving Miss Daisy is both understated and highly enjoyable. Those who want loud set-pieces and dramatic action will be disappointed, but that’s the point; the play is much more focused on the relations between the characters. It is about real-life as it is experienced by real people, most of the time. It is therefore an excellent introduction to the theatre.