Three Mothers is another play that has made a stop in Sheffield as part of the Migration Matters Festival. It tells the story of three women and their connections to migration and people who have migrated.

Matilda Velevitch’s writing is fantastic. It is simple and beautifully descriptive. It is storytelling in its rawest form. The women simply narrate the stories and we can picture the scenes ourselves through verbal descriptions. Although it would have been nice to see scenes between characters interacting, the stories were still told brilliantly. 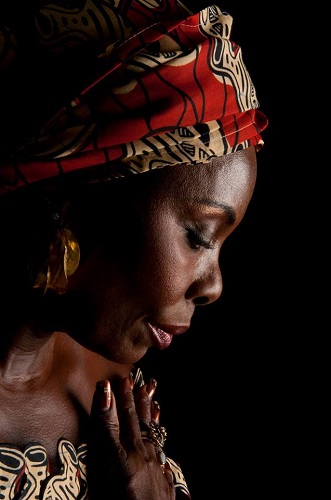 Agi Nanjosi as Khady was fantastic. Her performance was heartfelt and entirely believable. Roberta Kerr did as a good job as Gisela. She represented the opinions and feelings of most of the audience very well. Victoria Brazier’s performance as Erika was brilliant. It was deeply emotional and completely captivating. She brought a different energy to the piece which was great.

Janys Chambers’ direction is simple, like the writing, but it works brilliantly for the show. The focus is rooted in the characters and their stories rather than any sort of spectacle which is very refreshing to see. Jane Linz Roberts’ design was also simple but depicted the Senegal setting very well. The lighting design helped to make clear the changes in locations – it was a very well-lit production.

This play is so important putting strong, independent women on stage who usually aren’t on stage. It’s a heartfelt piece of theatre and the stories of the women are engaging and quite moving at times.