To start, let me tell you I have never seen Godspell... Yes, I know, where have I been? But, BCMCS (Bolton Catholic Musical & Choral Society) most certainly gave me a fabulous introduction to it. In fact, I’m not sure I will ever see it again, as I am more than happy to say, I don’t think anyone will do it any better.

The reason I gave this 5 stars is very simple... We have criteria that we mark on and one of the statements is this “this production will stay in the memory for years – unmissable, a game-changer” and this production truly is...

The director, Liz Hulme-Dawson has a fantastic vision throughout and certainly knew what to get out of her incredibly talented young cast. From the added current music, topical elements and ‘smileys’ to the phenomenal Crucifixion at the end, nothing was out of place and everything flowed so well. 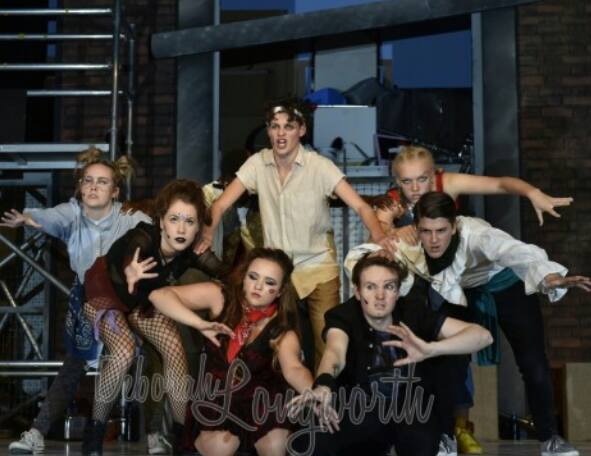 You could tell that the cast had had lots of fun with this but also that they understood the seriousness of the subject. Act one had me in hysterics and was very well thought out – the ‘stories’ were told with passion but with a light-heartedness. Act two had me in tears and the giving back of the scarves was a particularly poignant moment for me.

Now, there were many songs in this that I knew but didn’t realise where they came from, and although everyone was great, I do have to mention a couple of people and their numbers! Joe Foster portrayed Jesus and extremely well – what a role he played. His voice suited this role perfectly and his comic timing was brilliant. For me, his performance of the Crucifixion/Finale was hauntingly beautiful... He had fantastic rapport with all the cast but two in particular stood out. Foster and Matthew Gavin (Judas) did a fantastic tap duet in ‘All For the Best’ which was amazing and his chemistry with Lizy Oakes (Lizy) {who I am nick-naming “the voice”} in both her numbers ‘Day By Day’ and ‘Bless The Lord’ was wonderful to see. But my favourite number of the night goes to Gavin and his performance of ‘On The Willows’ – a wonderful piece of music, sang fantastically well.

This amazing company were ably backed by a brilliant orchestra led by David Wilson and I am happy to say, were just at the right level all the way through, never masking the voices. Well done David on a superb sound. Choreography is not to go without mention either... Katherine Farrington worked very well with a cast that could do everything she asked. Not one body on the stage was out of place and the routines were a lot of fun. No issues with sound and lighting at all which was fantastic to see especially on an opening night – we’ve all been there... ;-). Costumes were bright, different and clever and the set was ‘simply’ brilliant I can safely say that if you miss this production, you have most definitely, MISSED OUT... I encourage you all to go and support this fantastically talented cast.