Missing the magic of theatre

The recent World Theatre Day really brought into focus the old adage you don’t really miss something until it has gone, and that is certainly true as our theatres are closed down.

As a reviewer there is a cycle of going into a truly dark room to watch a load of (hopefully) talented actors and creatives transport us to another world. It’s usually once a week, but it can be up to three or more in all sorts of different venues. And, you know, despite having seen hundreds of performances it never gets boring.

Sometimes it’s rubbish, and that’s always the wonderful risk you run, but more often than not in Yorkshire’s theatreland it is great, and quite often transcendent. And, goddamn, I miss it. 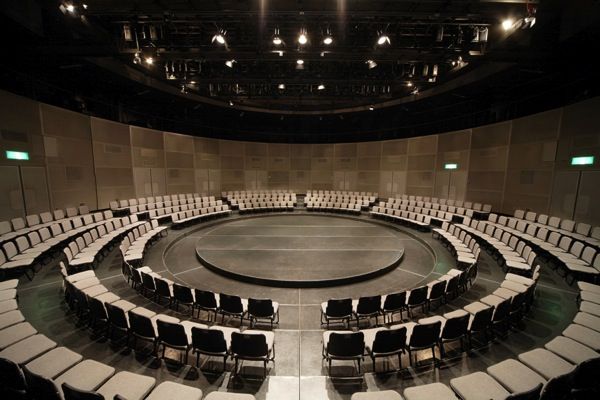 I miss it because art – even if it fails – is part of the timeless human urge to be creative and tell a story. As the always wise Phillip Pulman said: ‘Without stories, we wouldn’t be human beings at all’. And like with so much else he is dead right.

Sure, it’s nice the RSC and National Theatre – which we pay for as taxpayers – have decided to offer free recordings of their best shows, which for some might fill the void. Not me.

I have only been to one live cinema recording of a West End show, which was The Audience starring Helen Mirren. It was ok – and Dame H was brilliant – but it just lacked the glorious anticipation of waiting for the lights to dim, and the communal joy of the truly live experience.

One of the only plus sides of lockdown is that we have much more time to think about what really matters. Theatre matters because it is a mirror onto our complex, messed up world and our place in it. The irony is at the very time we need it most it is not there.

Your heart has to go out to the cast of Missing People at Leeds Playhouse who were minutes away from their opening night when the plug was pulled as the true extent of the virus became obvious. Or the cast of West Side Story at Manchester’s Royal Exchange who on day one of rehearsals were sent home as the theatre closed its doors. Both theatres did the right thing putting safety first, but imagine putting all that work in, and then not being able to do the thing you love.

That and the human cost of the crisis does put my whining that I can’t get my fix of live magic into perspective, but it also proves the show doesn’t always go on. Some things are bigger and rightly so.

Radical theatre company Red Ladder on their Twitter feed noted ‘there is so much theatre in being in a lockdown world’ which creatives will be responding to for many years to come. They are right as we will see a lot of work reflecting on how some people went mad buying mountains of bog rolls when people were dying, or the impact of society shutting down for a few months.

Even King Lear in the deepest throes of his madness would accept that closing our theatres was the right thing to do, but I can’t blooming wait until the doors swing open once more, the lights go down and the magic begins again.