Peter Egan has been appearing on stage and screen for over 50 years. He is probably most well known for his roles as Paul in the television sitcom Ever Decreasing Circles with Richard Briers and as Hugh “Shrimpie” MacClare, Marquess of Flintshire in Downton Abbey.

Despite being known for his numerous roles in TV and film he is an award winning stage actor and has acted with both the Royal Shakespeare Company (RSC) and The National.

I started by asking what inspired him to become an actor.

“I left school at 15 with no qualifications. My prospects were pretty dismal. I did a series of jobs all of which I hated.

“When I was 16 I stumbled into acting by joining an amateur group in Ladbroke Grove, West London.

“I became fascinated by the process of acting by watching this group work. I decided to give it a try. I found I had a talent for it and won a scholarship to The Royal Academy of dramatic before my 18th birthday. 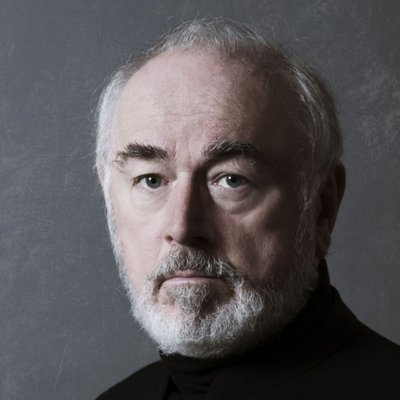 “I was amazingly lucky. It was the best decision of my life. That was in 1964. I started working professionally in 1966 and am still at it!”

His first stage appearance was at the Chichester Festival in the summer of 1966 and he said, 'It was a sensational kick off into this profession in a company of legends including Celia Johnson, Alistair Sim, Margaret Rutherford and Tom Courtenay.'

According to Wikipedia his first stage appearance was in Charlie Girl and when I asked about that he replied, 'I have never been in Charlie Girl!' It just goes to show you should never trust Wikipedia!

He has played both Macbeth and Hamlet and I wondered if there was a Shakespearean role he would like to tackle, “I've reached an age now where there are only a few roles that would interest me, King Lear or Prospero in The Tempest. However, I decided four years ago that I will never work on stage again. It takes up too much time, which at my age 73, is at a premium!”

“Astrov is a fascinating character, a man who sees how the old world is destroying the new. He is talented and aware that he is locked in a society which cripples progress.

“Chekov is an amazing writer. I loved doing the play because my great friend Richard Briers played Uncle Vanya, which deepened our friendship onstage.”

Richard Briars was seen as a sitcom actor but he was able to show his theatrical acting talent thanks to Kenneth Branagh's Renaissance Theatre Company.

Because Peter is known as a television actor I wondered if he preferred to act on TV or on stage.

“Throughout my whole career I've always preferred the stage as the best place to be as an actor. There is nothing quite like being in a great play in front of a live audience. The feeling of communication is profound and the energy it creates is phenomenal.”

As a Sherlock Holmes fan I was excited to see that he had played the great detective on stage. I asked him if that was fun.

“It was great fun but I'm not a natural Holmes. He is very dry and methodical, a head man, a stoic perhaps. I tend to be more of an epicurean so I had to temper my instinct for a laugh of two!”

It was also interesting to note that Peter appeared in the John Osborne's sequel to Look Back in Anger, Deja Vu.

This play was not a success and led to John Osborne signing himself as an ex-playwright. Peter took the part despite knowing that it would not work. I wondered if he had any regrets.

“No I don't regret taking the part. I would've regretted not doing it. Osborne was one of the giants of modern British theatre. I felt it was my duty to honour his contribution by having a go at a play that had great moments of inspired invective but lacked a cohesive structure. I'm delighted that I did it, also as an added gift Osborne and I became great friends for the last few years of his life.”

Does he have a favourite actor?

“I don't have a favourite. There were a host of actors I followed when I was young. It was during the golden years of British Theatre the sixties into the seventies.

“It was the end of great acting as we knew it. The final years of Olivier, Gielgud, Richardson, Redgrave, Guinness and of course Paul Scofield.

“They all brought a unique and personal ability and presence to the stage. That magic is sustained by some great actresses like Maggie Smith, Judi Dench, Vanessa Redgrave and, of course, Penelope Wilton to name but a few.”

Many actors have a dream role but Peter denied having one although he think he that, “perhaps the central role in a block buster success that made me a fortune to spend on charities for all species on this our wonderful planet” could be his dream.

As his answer indicated he has been a tireless and passionate campaigner for animal rights for many years. He is a vegan and has helped numerous animal charities and campaigns over the years I concluded the interview by asking him about the interest he has in this area.

“Animal welfare/rights has been an abiding passion for me for about 20 years. It started when I truly understood just how much we human animals abuse and take for granted every other species on this planet.

“That penny dropped for me when I was in my fifties. I wish I'd become aware of it sooner. It's why I work so passionately for the voiceless ones now. I want to make up for lost time and achieve the greatest awareness I can whilst I can still walk and talk at the same time!!”