Autumn Term Beckons in Manchester for Matilda The Musical

The Royal Shakespeare Company announces that its multi award-winning production of Matilda The Musical will embark on a UK and Ireland tour in 2018-2019 which includes a 10-week run at Manchester Palace Theatre from Mon 18 September – Fri 24 November 2018.

Tickets for Manchester will go on-sale to the public on Wednesday 26 April following a priority booking period between Wednesday 19 – Tuesday 25 April.

Winner of 85 international awards, including 16 for Best Musical, the RSC’s touring production of Matilda The Musical will open at Leicester Curve, playing from 5 March 2018 and will also visit Dublin, Sunderland, Milton Keynes, Birmingham and Cardiff with further dates and locations still to be announced in due course. 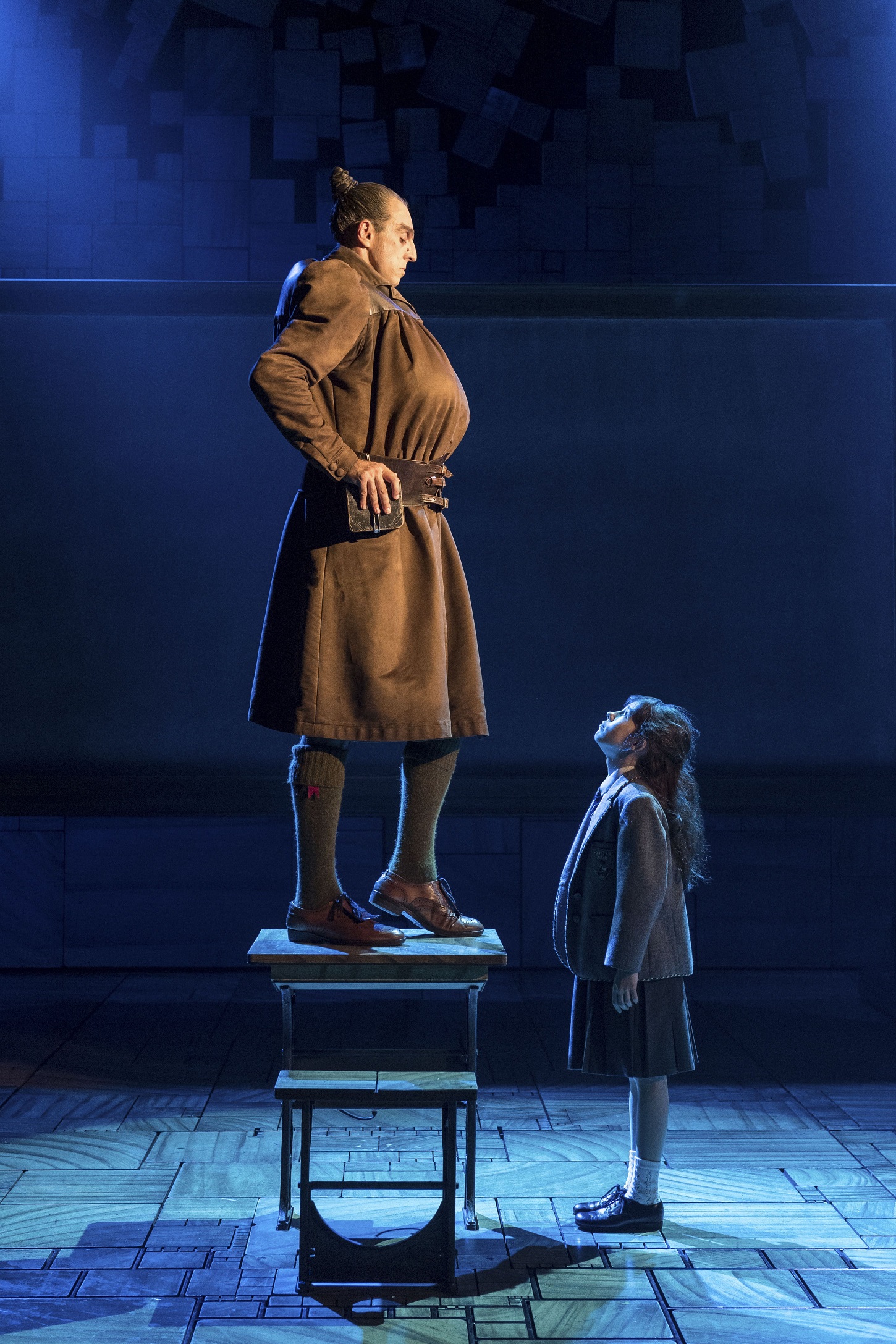 The West End production continues at the Cambridge Theatre, currently booking until 17 December 2017 as well as its tours in Australia, New Zealand and North America.

The production will be accompanied by a new education programme to engage young people, inspired by Matilda The Musical. From a travelling library of stories led by Mrs. Phelps, to whole school takeovers of Matilda, the RSC aims to reach over 15,000 children, in collaboration with touring theatre partners. Further details to be announced.

Dennis Kelly, (book) said: “It’s been a long time coming but I’m delighted that we get to take Matilda around the UK and to Ireland. We have some fantastic theatres in this country and in Ireland, supported by smart, engaged audiences and we can’t wait to bring this crazy, messy, anarchic explosion of a show to them.”

Tim Minchin, (music and lyrics) said: “I - like millions of others - feel like Dahl is in my blood, because I grew up with his books. So to have contributed to a piece of work that brings one of his most famous stories to life is one of my life's great joys. I’m utterly thrilled that audiences in cities all across the UK and Ireland will now share and be part of Matilda’s story.”

Catherine Mallyon, RSC Executive Director said: “We are thrilled our home-grown miracle, which started life after a seven year gestation in Stratford-upon-Avon, has grown into a bit of a global phenomenon. Following Matilda’s successful run on Broadway, our current tours around North America, Australia and New Zealand, and continuing into our sixth year at the Cambridge Theatre in London’s West End, it is fantastic that we can share Matilda with audiences around the UK and in Ireland. In collaboration with our touring partners we will also deliver a programme of ground-breaking interactive education projects to enable young people to emulate Matilda, sharing the extraordinary power of story-telling and the boundless creativity of their imaginations.”

Now in its sixth year in London’s West End, Matilda The Musical is the longest running production at the Cambridge Theatre where it continues to play to packed houses.

With book by Dennis Kelly, original songs by Tim Minchin and direction by Matthew Warchus, Matilda The Musical is the story of an extraordinary little girl who, armed with a vivid imagination and a sharp mind, dares to take a stand and change her own destiny.

Inspired by the incomparable Roald Dahl’s beloved book, Matilda The Musical was commissioned by the Royal Shakespeare Company and premiered at the RSC’s The Courtyard Theatre in Stratford-upon-Avon in November 2010, before transferring to London’s West End in October 2011, where it opened to rave reviews.

The New York production of Matilda The Musical opened in April 2013 at Broadway’s Shubert Theatre and was celebrated on 10 “Top Ten” lists for 2013, including TIME Magazine’s #1 Show of the Year.

Matilda The Musical has been seen by more than 6.5 million people worldwide. Having swept the board at the 2012 Olivier Awards, with a record-breaking seven awards, and winning four Tony Awards and a Tony Honor for Excellence in the Theater for the four girls sharing the title role on Broadway, Matilda The Musical has now played in 50 cities worldwide and continues to delight audiences in London, Australia and on tour around North America.

After winning a Sydney Theatre Award for Best Musical in 2015, the Australian production played a sold-out season at Melbourne’s Princess Theatre. In July 2016, the production broke further records by winning all 13 Helpmann Awards for which it was nominated. The tour continues in Perth and Adelaide and will premiere in New Zealand at The Civic in Auckland in August 2017 for a strictly limited season.

Matilda The Musical is produced by the Royal Shakespeare Company with André Ptaszynski and Denise Wood as Executive Producers. The production was developed with the support of Jeanie O’Hare and the RSC Literary Department.

Matilda The Musical is written by Dennis Kelly, with music and lyrics by Tim Minchin, and direction by Matthew Warchus. The production is designed by Rob Howell, with choreography by Peter Darling, orchestrations, additional music and musical supervision by Christopher Nightingale, lighting by Hugh Vanstone, sound by Simon Baker and the special effects and illusions are by Paul Kieve. 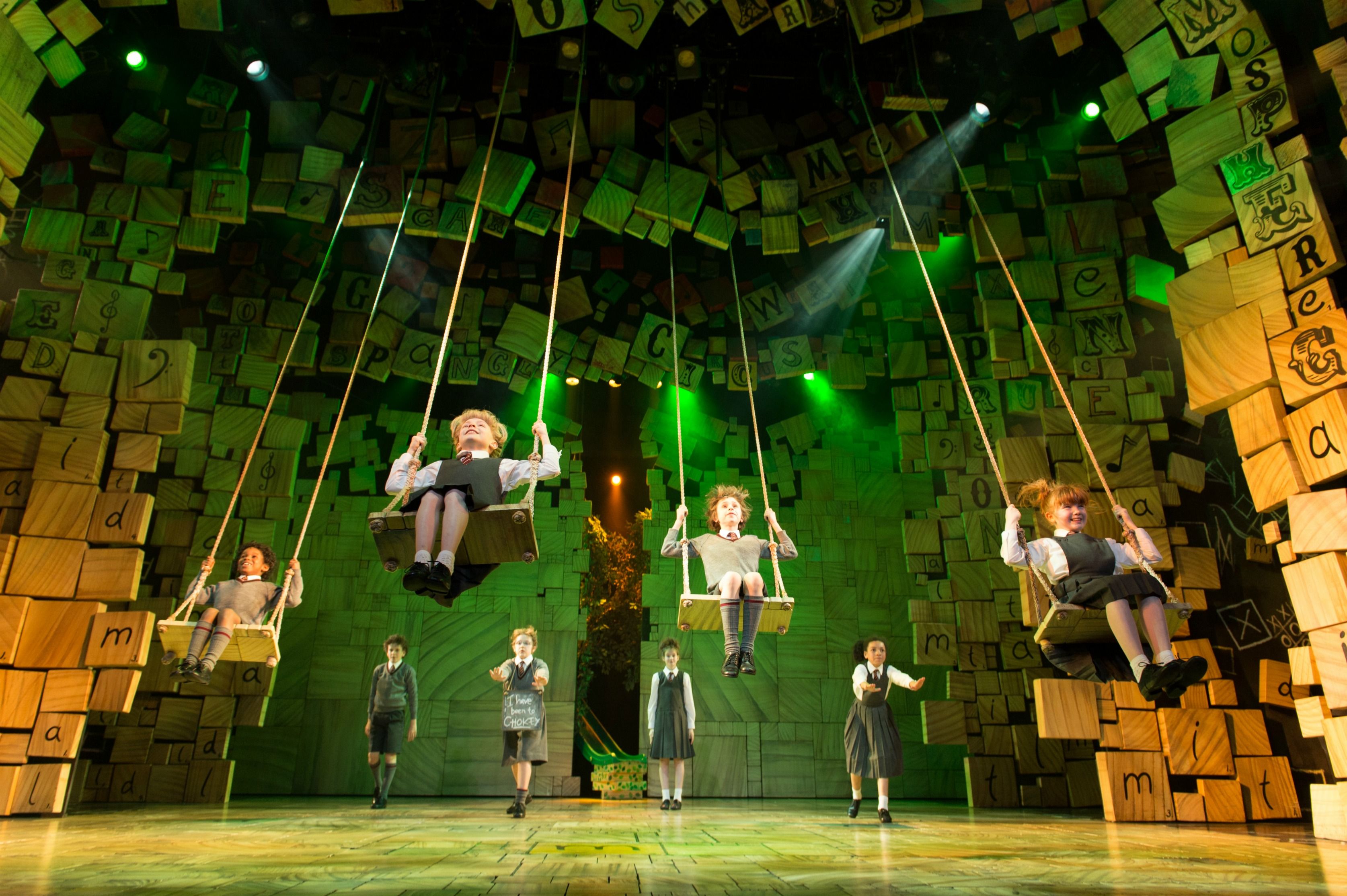