Son of a Preacher Man today announces that Bad Girls and Coronation Street star Debra Stephenson will create the role of Alison in this heart-warming new musical, joining Diana Vickers in the 2017 tour.

Featuring the soulful music of Dusty Springfield, with a book by Warner Brown and directed and choreographed by Craig Revel Horwood, Son of a Preacher Man embarks on a national tour starting at Bromley’s Churchill Theatre from Monday 4th September 2017. 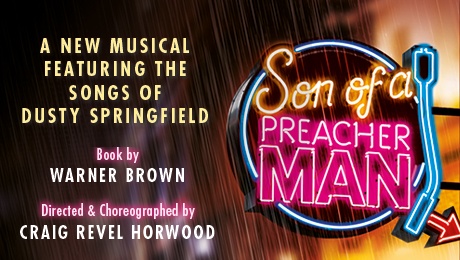 Welcome to the Preacher Man, the swinging 1960s Soho joint where the kids danced the night away to the latest crazes and dared to dream of love, while the legendary owner, The Preacher Man himself, dispensed advice to cure the loneliest of hearts.

Only, that was a long time ago and all that remains are the memories, the stories and the myths. Until now, that is, when three random strangers, generations apart but all in need of help with their hopeless love lives, are inexplicably drawn to the site of the original venue. The Preacher Man is long gone, but his son, with help from the wonderful Cappuccino Sisters, might just find it in himself to channel the spirit of The Preacher Man and once more give these three lovesick strangers the look of love.

Featuring the greatest hits of Dusty Springfield, including "The Look Of Love", "I Only Want To Be With You", "Spooky" and of course, the classic "Son Of A Preacher Man", this sparklingly funny and sweetly touching new musical play by internationally renowned writer Warner Brown will have you laughing, crying and singing your heart out to some of the greatest songs ever written.

Director and Choreographer Craig Revel Horwood said: ‘I am delighted to bring to life for the very first time this wonderful story created by Warner Brown, with soulful songs from the legendary Dusty Springfield's iconic music catalogue. I hope that audiences in Manchester will come to love this warm-hearted and uplifting new musical as much as I do.’ 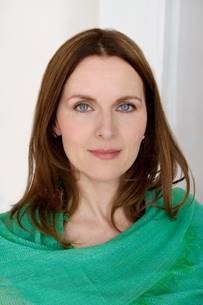 Debra Stephenson is known for her long running roles in Coronation Street and Bad Girls, whilst her entertainment credits include The Friday Night Project, 8 Out Of 10 Cats, Strictly Come Dancing Christmas Special, Comic Relief Does Fame Academy and Let’s Dance For Sports Relief. As a comedic impressionist she is best known as star of BBC One’s The Impressions Show, with her other credits including BBC Radio 4’s Dead Ringers as well ITV’s Newzoids.

Diana Vickers first came to public attention as a semi-finalist on the X Factor and has made her professional acting debut in the title role of The Rise and Fall of Little Voice in 2009 (West End, Vaudeville Theatre). Since then her theatre credits have included The Duck House (West End, Vaudeville Theatre), Hatched ‘n’ Dispatched (Park Theatre), The Rocky Horror Show (UK Tour). Her film and television credits include The Perfect Wave, Awaiting, To Dream, Give Out Girls and Top Coppers.

Warner Brown works internationally and is well known for his work in musical theatre and straight plays, encompassing both traditional and avant-garde forms.

He wrote ‘the most popular family show of all time’, the arena production Walking With Dinosaurs, creating an entirely new genre of theatrical presentation and winning many international awards.  Currently playing in venues from Madison Square Garden to the Mercedes Benz Arena in Shanghai, an episode of CSI: Las Vegas has been based upon the show and it has even been parodied on The Simpsons.

Warner is currently working on multiple developing projects, including the Broadway musicals The Gold Room and The Thomas Crown Affair, both with composer Michael Feinstein; the opera Empty Spaces, with composer Joshua Schmidt, for Florentine Opera in the USA; the musical A Little Danger, with composer Michael Reed, for the St Petersburg Theatre in Russia; and the screenplay for the movie A Minute To Midnight for Bill Kenwright Films. He is part of the consortium, including choreographer Arlene Phillips and musical director Mike Dixon, for the new internet-based project Reality.

Writing credits include Half A Sixpence (UK Tour), The Biograph Girl (Phoenix Theatre), Cinderella (London Palladium), The Black and White Ball, which opened in London and for which The Cole Porter Trusts granted Warner stage rights to the songs of Cole Porter, Flickers (Broadway’s Circle-In-The Square Theater), The House on the Corner (Edinburgh International Festival) and, in addition, Tallulah For A Day and Sleep With Friends. Plays include Laughing Dove, Wavelength and The Prospero Suite, directed by John Doyle.

Warner has worked extensively in Europe, most recently writing the musical Garbo, with music by ‘Meatloaf’ rock legend Jim Steinman. He also has extensive writing credits for the BBC and was Script Associate of the BBC Classic Musicals Series, for which he adapted fourteen musicals featuring many international stars.  Warner was the subject of the BBC Two TV documentary The Making Of A Musical. Warner is co-sponsor of the international music prize The S&S Award, named in honour of his late parents. 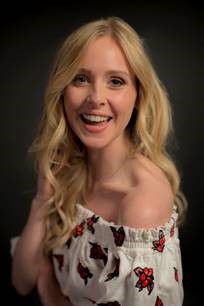 Craig Revel Horwood is a well-known face on television in the UK and now internationally for his role as a judge on all fifteen series of BBC One's Strictly Come Dancing and for directing and appearing as a judge in the Live Tour.

He recently returned to his roots as a performer in musical theatre, starring as Miss Hannigan in the UK national tour of Annie, and in Christmas 2016 as Captain Hook in Peter Pan at the Churchill Theatre, Bromley. Other performing credits include Captain Hook in Peter Pan at the Orchard, Dartford in 2014 and at the Swan, High Wycombe in 2015. Previously, Craig starred as the Wicked Queen in Snow White at Venue Cymru, Llandudno in 2009, The Hawth, Crawley in 2010 and The Orchard, Dartford 2011. He reprised his role at The Swan Theatre, High Wycombe in 2012 and the Cliffs Pavilion, Southend in 2013.

Amongst his numerous TV credits, highlights include winning the BBC Two series Maestro at the Opera, the final of which saw him conduct Act II of La Bohème at the Royal Opera House. He was also a grand finalist on the hit cooking show, Celebrity MasterChef and participated in and won Ready, Steady, Cook.

Son of a Preacher Man