Hope Mill Theatre in Manchester has announced a trio of ground-breaking plays that will feature at the award-winning venue in early 2018.

They are the regional premiere of a ‘thrilling and heartbreaking play’ that has been relocated to Manchester by its author, an exciting new period piece about the amazing life of an infamous 18th Century diplomat and spy starring Coronation Street’s Dean Fagan and a compelling look at parenthood and grief, which includes the first ‘baby-friendly’ relaxed performance at Hope Mill.

Joseph Houston, Artistic Director, said: “I am thrilled to announce our early 2018 season of plays. Since opening, Hope Mill has been a receiving venue for many emerging and smaller theatre companies and the ambition and standard of work from these independent theatre makers continues to amaze me.

“The three plays which make up our February to March programme include the northern premiere of Vincent River by Philip Ridley. What is so exciting about this play is that director John Young is working with Philip to relocate the play to Manchester, which is an incredible first for this piece.

“In keeping with LGBT History month in February we have a period piece by Manchester-based writer Renny Krupinski that is set around one of the first known trans people of their time, Chevalier D’Eon de Beaumont, and which includes a stellar cast of northern actors.

“Finally, The Replacement Child staged by Manchester based mother-and-child friendly company Abooo. This is a really important piece which tackles the effects of miscarriage and as a Hope Mill first we will be having a mother and baby friendly performance.

“As a venue we are constantly trying to push the boundaries of theatre on small scale and want to help support emerging companies as they pave their way in a highly competitive industry.

“I feel that our opening season of plays compliments our ambition with our in-house musicals – of which the first three of 2018 were recently announced - and which we will continue to develop and nurture.” 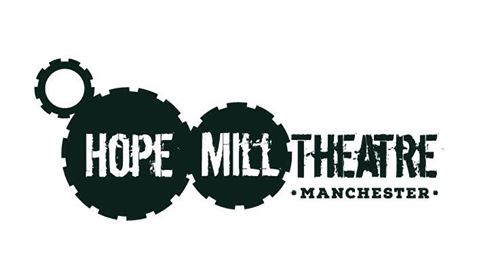 Yet Another Carnival and Hope Mill Theatre present Vincent River by Philip Ridley and directed by John Young from Tuesday 27th February to Saturday 24th March 2018. The regional premiere of Philip Ridleyʼs thrilling and heartbreaking play relocated to Manchester.

Vincent River slides under the surface of fear, hatred and love. Davey has seen something he can’t forget. Anita has been forced to flee her home. These two have never met. Tonight their paths cross with devastating consequences.

Author Philip Radley said: “I’m so thrilled and excited that Vincent River is being brought to life, and relocated to Manchester, for its regional premiere at Hope Mill Theatre. It’s the perfect home for the play.”

This production is supported by the Arts Council, Superbia and The Philip Carne Trust.

D’Eon is a new piece of writing by Manchester-based Renny Krupinski, brought to life by the Straight Acting Company and starring Coronation Street’s Dean Fagan and runs from Tuesday 13 to Saturday 17 February 2018.

Celebrity, intrigue and scandal aplenty, D’Eon is the bizarre and amazing true story of one of the infamous, outrageous, unsung warriors of history and the first openly documented transgendered person in European history.

1769, Chevalier D’Eon de Beaumont stepped out of the limelight as a French diplomat to England, Russian spy, Prussain war hero and international bon viveur – only to step back into it as the woman she truly was.

Jumping between past and present, The Replacement Child – written by Victoria Cafolla and directed by Martin Gibbons – is a darkly humorous, visceral and compelling look at parenthood and grief and how one couple deals with loss – for better or worse.

Grace is tired of her father’s silence regarding the mother she never knew. The week after her 18th birthday she visits him and demands to know the circumstances leading up to her birth. Will Oscar risk losing his daughter by revealing a past shrouded in secrets and pain?

There will be a baby-friendly relaxed performance on Thursday 22nd February at 11am – a first for Hope Mill Theatre. (Please note the show contains emotional content and is not recommended for toddlers)

In addition to the above, the world premiere of The ToyBoy Diaries, Hope Mill’s first in-house musical production of 2018 runs from 18th January to 10th February and is on sale now. This new musical comedy charts the hilarious and sometimes heart-breaking sagas of mid-life dating.

For more information on these productions, or to book tickets, visit www.hopemilltheatre.co.uk