Something For Everyone As Theatre Royal, St Helens Launches Spring Season

St Helens Theatre Royal is delighted to welcome its new spring season, jam-packed with a host of incredible shows. Featuring magical pantomimes and the very best in family entertainment; an array of sensational live music performances; sporting legends and hilarious comedians; there is sure to be something for all over the coming months.

Enjoy plenty of half-term fun when The Wizard of Oz takes audiences over the rainbow from 13th – 18th February. Regal Entertainments’ production stars BBC Pitch Battle’s Maddie Hope Coelho as Dorothy and The X Factor’s David Heath as the Scarecrow.

Meanwhile Milton Jones Is Out There comes to the theatre stage on 22nd February. Taking a break from appearing on hit shows such as Mock The Week and Live at the Apollo, the comedian is bringing his new tour to St Helens. 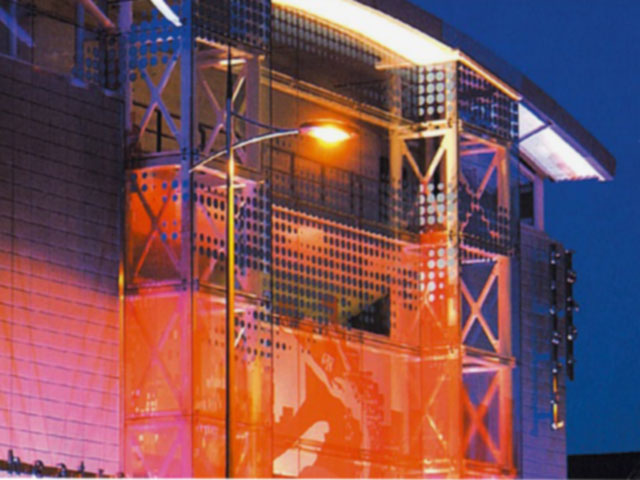 On the 24th and 25th February the world famous Teletubbies star in their first ever theatre show created especially for little ones. Join Tinky Winky, Dipsy, Laa-Laa and Po in a show full of love and laughter as they explore the magical world of Teletubbyland.

Be sure not to miss the brand new musical stage show A Spoonful of Sherman on 26th – 28th February which celebrates three generations of Sherman song writing and features music from Mary Poppins, Chitty Chitty Bang Bang, The Jungle Book and more.

Moving in to March, enjoy music of one of rock’s greatest icons, Rod Stewart in Some Guys Have All the Luck on 4th March. Listen to the fantastic voice of Paul Metcalfe as he delivers an authentic performance assuming the persona of the fun and talented showman.

The world’s official No 1 Eagles Tribute band present a night of live music on 9th March when the sensational The Illegal Eagles return; featuring all the band’s greatest hits including Hotel California, Take It Easy and many more.

Join the Vienna Festival Ballet for the world’s most popular ballet, Swan Lake on 11th March. One of the best known love stories graces the stage with its lavish costumes, stunning scenery and beautiful choreography.

Celebrate the great music of Jeff Lynn and The Electric Light Orchestra on 16th March with The ELO Experience which reproduces the songs and sounds of ELO and takes audiences on a magical musical journey through time.

Boot-scoot down to St Helens Theatre Royal over Easter for the Step-tacular panto Cinderella, with Steps band member Lee Latchford-Evans starring as Prince Charming. Running from 24th March – 15th April, be sure not to miss this one - it’s going to be a ball!

Sing along to all Neil Diamond’s greatest hits on 20th April with Hello Again - The Story of Neil Diamond, taking audiences on a musical journey through his illustrious 50-year career. Then on 21st April, cheer for the goodies and BOO for the baddies in an all action family supershow, American Wrestling.

Britain’s best loved medium, Derek Acorah, takes to the stage on 25th April with his all new Love, Life Laughter Tour. More tricks of the mind with Robert Temple: The Hypnotist- Live and Outrageous the next evening, as he brings his hilarious show to the theatre on 26th April. It’s a cutting edge, thrilling show featuring live hypnosis, but be warned, it’s not for the easily offended!

Bringing April to an epic close is a fantastic music double bill. On 28th April, the world’s first and finest tribute to Bon Jovi, The Bon Jovi Experience present all the hits from the great American rock band. Then Irish legends The Fureys bring their 40th Anniversary tour to the theatre on 29th April.

With an incredibly jam-packed season be sure to book your tickets early, before it’s too late!

The Wizard of Oz

Milton Jones Is Out There

A Spoonful of Sherman

Some Guys Have All the Luck

*All prices are inclusive of a £1 per seat transaction fee. On-line bookings are subject to an additional 50p per seat on-line processing fee.