Having had the pleasure of seeing their production Life After Life at The Hope Street Theatre in Liverpool last October and more recently reviewing their moving short films, Unspoken and Mindless, it was good to catch up with Chris Woodward, Director and Writer at Likeminded Productions, a Liverpool-based production company, which is made up of Chris and fellow writer, Ashley Ali, and Producer and Editor, Andrew Smith.

Their stated focus with each production is to explore real-life issues arising around a central theme with an emphasis on the human emotions at play within society that have often never changed.

Their own story is worthy of further examination as Woodward explains how they are all self-taught in their respective roles through a love of theatre rather than through further or higher education. Indeed, Woodward’s creative switch was turned on after reading Arthur Miller’s The Crucible aged fifteen and how its analysis of the challenging social issues in America at that time were cleverly captured and explored through the setting of the play during the Puritan witch trials in Salem, Massachusetts in 1692. 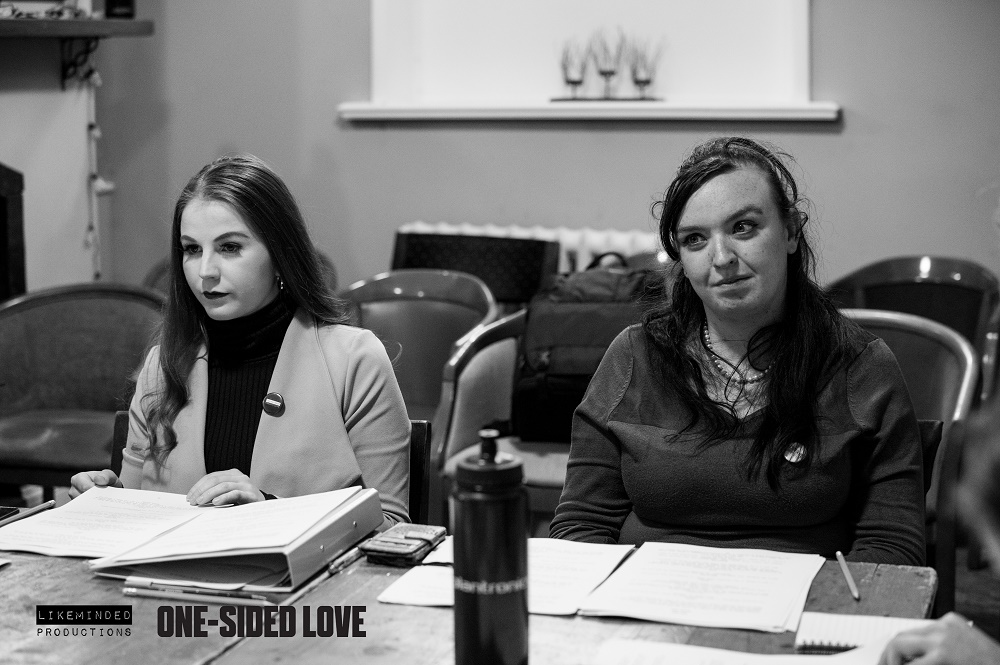 Their first foray was The Man With No Identity, penned by Woodward, where an ambitious businessman craves power and is willing to betray anything and everything – including himself – in the pursuit of success. Ali’s first written piece was Life After Life which explores the loss and loneliness of life and death. It is refreshing to note how Woodward’s focus is on audience reactions and feedback during each performance – including commentary in my own review – as a means of self-improvement.

The strong themes continue with their short films: Unspoken which explores cyber-bullying and Mindless looking at the rise in knife crime. Woodward is keen to add that their work is intended to be timeless and so given that the issues explored never really go away, the body of work will remain constant without immediate reference to time and place.

Their next venture, One Sided Love, is directed by Caitlin Bradley – a graduate of Liverpool Theatre School and who featured in Life After Life – and I was pleased to catch up with her and assistant director Zara Marie Brown to discuss the play.

Set in the late 1970’s/early 1980’s, the play explores the emotional roller coaster of being in love, wanting to love, and wanting to be wanted in a world long before you could simply swipe right to engage in sexual relationships. As they are keen to explain, there are so many different dimensions to look at: can you love two people at the same time? Is there a distinction between loving someone and being in love with someone? Do we have a choice? Or do we fall in love with the idea of love and chase an eternal dream in a vicious circle of spiralling obsession? Set in a newspaper production office, there promises to be an interesting clash of dynamics between the characters as compatibilities are explored, jealousies explode, and home truths are finally revealed. The play is scheduled to perform at The Hope Street Theatre on 16th and 17th August 2019 www.hopestreettheatre.com/

Woodward has also earned praise for his use of strong branding to promote his pieces with some eye-catching flyers already noted for garnering interest and bringing a new audience to theatre, and which serves as yet another example of the freshness of their approach, and Woodward himself brings an honesty which I find quite invigorating and I’m enthused about what the rest of 2019 is going to bring to these likeminded characters. Further details www.likemindedproductions.co.uk