Organisers of the fourth Liverpool Hope Playwriting Prize are expecting a large increase in entries this year following the outbreak of the Coronavirus.

As people are placing themselves in social isolation, there is a growing feeling that this will give them the time to finally work on the creative projects that they have been planning for years.

Hope Playwriting Prize Judge Royal Court Executive Producer Kevin Fearon said: “There are huge numbers of people from all industries who know that they have a book, a song or a play in them and we are already seeing that creativity coming to the fore on social media. Can you imagine if you took this time to get that play down on paper and it ended up winning you £10,000?” 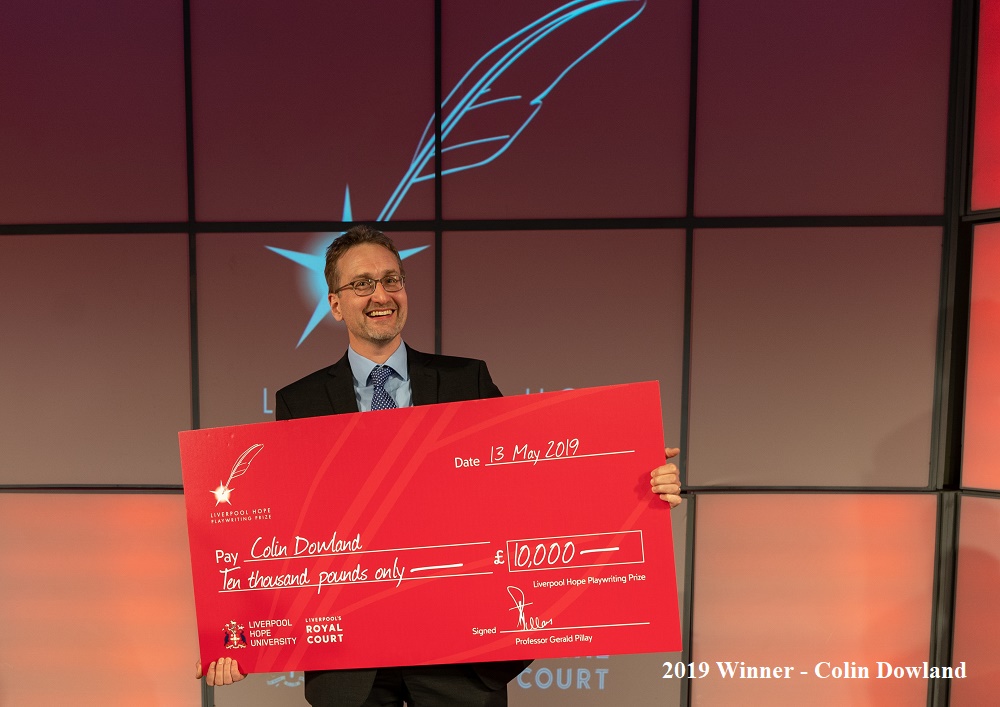 The Liverpool Hope Playwriting Prize is the second largest national playwriting competition and provides a great platform for new comedy plays and writers across the UK. Scripts must be original and un-performed but writers of varying experience are welcome to enter. Last year almost 200 scripts from across the UK were submitted for the prize.

The competition is a collaboration between Liverpool’s Royal Court Theatre and Liverpool Hope University. A sizeable prize of £10,000 will go to the playwright of the winning script, with a further cash prize available for other scripts that the judges commended.

Since 2015, The Liverpool Hope Playwriting Prize success stories include winners and highly commended writers who go on to have their plays commissioned at theatres and auditoriums across the UK. Last year’s winner was Colin Downland, whose script ‘Headless’ is still in development with the Royal Court. Set in a primary school on the morning of an Ofsted inspection, chaos reigns as the head is found locked in the toilet with a bottle of whiskey. And in 2017, writer and actor Simon Bradbury, won with ‘The Last Act of Love of J B Moliere’ and the 2015 winner was Katie Mulgrew with ‘Omnibus’.

Gerry Linford picked up a highly commended award and has since gone on to write three new plays that have been produced by the Royal Court with a fourth planned for later this year. The play that earned him the commendation turned into ‘The Miracle of Great Homer Street’ and he has subsequently written ‘Yellow Breck Road’ and ‘The Menlove Avenue Murder Mystery’. His fourth play, ‘Macca & Beth’, will be at The Royal Court this summer.

Royal Court Executive Producer Kevin Fearon is looking forward to the competition again: “We have been delighted to be involved with the Playwriting Prize since it began in 2015. We have seen a huge number of entries for the previous competitions from all around the country and we are looking forward to doing it all again. The quality of the scripts has meant that the judging is always a difficult process but it means that the very best are chosen for the award.”

Liverpool Hope University’s Vice Chancellor and Rector Professor Gerald Pillay said: “We are delighted to be partnering with The Royal Court Theatre once more, as well as a stellar panel of judges, as we seek to unearth the next big talent in comedy playwriting. The continued success of the Liverpool Hope Playwriting Prize illustrates Hope’s commitment to the arts, and to the nurturing of creative talent. The winner will not just enjoy a lucrative monetary prize, but they’ll have an invaluable opportunity to showcase their work to the wider world.”

The deadline for entries is 31st May 2020. All reviewing and selection will be refereed anonymously. Entrants must be over the age of 18 and reside in either the UK or the Republic of Ireland.

The winner and runner/s-up will be revealed at a ceremony, which will take place in April 2021

With a history extending more than 170 years, Liverpool Hope has a rich heritage that pre-dates many ‘red brick’ universities but remains focused on the future.

The university has two main campuses- Hope Park, Childwall and the Creative Campus in Liverpool city centre. Both have seen major investment, so traditional architecture now sits beside contemporary buildings and facilities.

• The Sunday Times Good University Guide 2018 places Liverpool Hope as one of the top three universities in the UK for Teaching Quality, and top five in the UK for student experience.

• In the Complete University Guide 2018, we are 2nd in the UK for Student Satisfaction. Hope is punching above its weight in commercial league tables.

• In the Teaching Excellence Framework (TEF year 2), Liverpool Hope received Gold rating, (only one of the three universities in Liverpool to get Gold rating). Only one in five Higher Education providers across the UK has achieved the Gold standard.

For entry information: http://www.playwritingprize.com Deadline for entries: 31st May 2020