Hairspray to play rescheduled 2021 season dates at the London Coliseum

The producers of Hairspray the Musical have announced today rescheduled performance dates for the multi award-winning smash hit musical at the London Coliseum.

Until 26th July 2020, all existing ticket holders have priority to move their tickets to a new date. All new ticket purchases can be made from 10am on 27th July. See www.hairspraythemusical.co.uk for all ticket information.

The production will star Michael Ball, who returns to his legendary, Olivier Award winning role of Edna Turnblad, alongside one of the UK’s greatest comedians, Paul Merton, who will be making his West End musical debut as Edna’s husband, Wilbur.

“Just like Edna’s famous roll-on foundation garments, it's been a struggle but it's finally going on, and I couldn’t be more thrilled. Hairspray is the perfect show to help the West End rediscover its joy, energy, talent and relevance. Nothing says “we made it through" better than sitting in a theatre, watching a community facing the huge social issues of their day and conquer them with the help of family, friends, commitment and love….oh and some brilliant songs, spectacular dance routines and huge belly laughs. It’s just the antidote we need. See you there.” 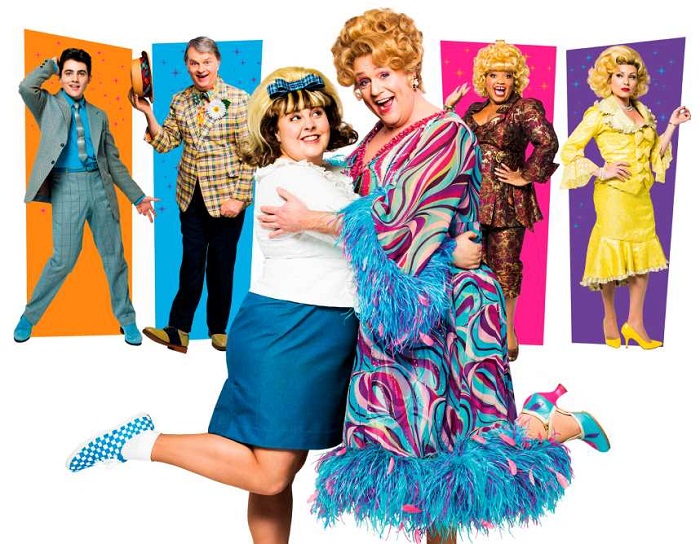 Acclaimed West End star Marisha Wallace will take the role of Motormouth. Marisha won rave reviews when she took over from Amber Riley in the smash hit Dreamgirls (Savoy Theatre), and also starred in the original West End cast of Waitress (Adelphi Theatre).

Paul Merton is a founder member of The Comedy Store Players, and still appears at the Comedy Store in London most Sundays. He is a resident guest on BBC Radio 4’s Just A Minute and is an established face on TV shows such as the hugely popular Have I Got News For You, Room 101, Paul Merton Looks at Alfred Hitchcock (BBC4/2), Paul Merton’s Birth of Hollywood (BBC 2) and his travel series for Channel Five, Paul Merton’s Adventures which covered his travels in India, China and Europe. His Autobiography, Only When I Laugh reached the Sunday Times bestseller Top 10. Paul’s Anthology of funny stories, Funny Ha Ha was named Sunday Times Humour Book of the year in 2019. His first Channel 4 series, Paul Merton The Series, is due to be released on DVD this Spring.

Baltimore, 1962. Tracy Turnblad is a big girl with big hair and big dreams. Can she make it on the local TV dance show, win the heart of teen heartthrob Link Larkin and bring everyone together – whatever their colour, size or hairdo? Well if you want a change, you’ve really got to shake things up!

With the original award-winning creative team of director Jack O’Brien and choreographer Jerry Mitchell, and featuring the infectiously feel-good songs “Good Morning, Baltimore”, “Big, Blonde and Beautiful” and “You Can’t Stop the Beat”, this inspirational, fun-loving and fabulously uplifting musical sensation is back and bigger than ever.