Pixie Lott to Star at The Lowry

Pixie Lott will be taking to the stage next year in a brand new tour of Breakfast at Tiffany's.

Breakfast at Tiffany’s, the classic tale brought to life so memorably by Audrey Hepburn in the 1961 film will be presented in a co-production with the Curve Theatre, Leicester. The novella has been adapted for the stage by Pulitzer Prize-winning Finalist and Tony and Olivier Award-winning playwright Richard Greenberg (Take Me Out, Three Days of Rain), and contains memorable songs from the era as well as original music by Grant Odling (One Man, Two Guvnors).

Based on Truman Capote’s beloved masterwork, Breakfast at Tiffany’s is set in New York in 1943. Fred, a young writer from Louisiana, meets Holly Golightly, a charming, vivacious and utterly elusive good-time girl.  Everyone falls in love with Holly – including Fred.  But Fred is poor, and Holly’s other suitors include a playboy millionaire and the future president of Brazil.  As war rages on in Europe, Holly begins to fall in love with Fred – just as her past catches up with her.

Breakfast at Tiffany's plays at The Lowry from the 12th - 16th April 2016 and tickets can be booked HERE! 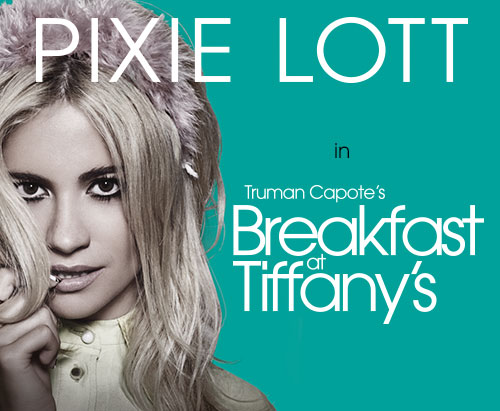