Simon Warner presents Viva Hypnosis, an internationally renowned stage hypnotist according to his publicity but a new name for me. He was assisted by the dancer duo Chelle and Rachel, aka The NTrancers. They looked after the volunteers, supported Simon and provided decoration to the scenes played out on stage.

The audience had a mixture of three types of people: fans, they had seen or experienced Simon before; those curious about hypnosis and the skeptical who’d been brought alone to see the show.

The entire show involved the participation of the audience with by shouting, applauding or their oohs and aahs, or by getting up on stage - and about 20 people did. Some of these volunteers had been hypnotised by Simon before, one of them was even featured on Simon’s website. Going through various steps, Simon thinned out the participants to those who were most suggestible - they became the stars of our show. 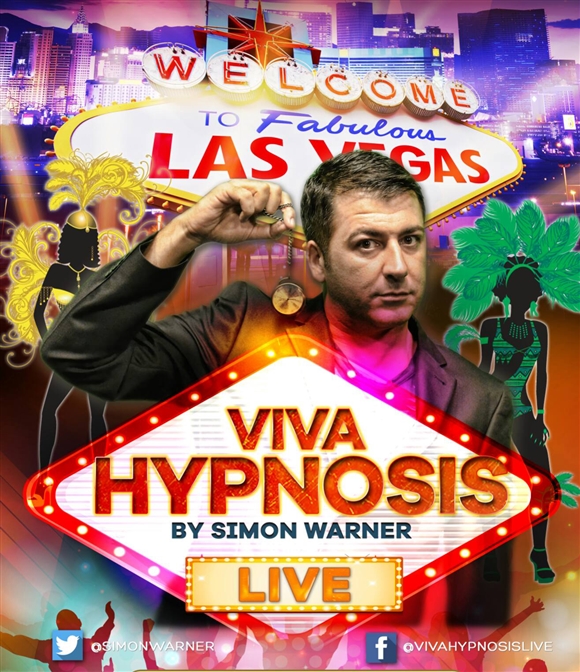 I have to say that I remained skeptical, but there were times that people were genuinely caught up in the moment. Some of the volunteers lost their focus during the night and were used to sit back in the audience.

The evening consisted of set pieces that demonstrated the depth of hypnosis the volunteers were under - but this was no Derren Brown lesson in what the mind can do, these were mildly humorous situations, familiar to fans of shows like the ITV show “You’re Back In The Room.” From audience figures and reviews of the TV show, it has a very Marmite-like response to it - you either love it or hate it. Tonight’s show was a bit like that, at least that’s the feeling I got as an audience member. Some of the audience absolutely loved it, especially if they knew people who were on stage. Others were less enthusiastic and still others remained quiet.

Having said this, I actually thought it was an okay show. It had good pace, the set pieces were good, the dancers enhanced the performances and Simon was a jovial host. We have scenes that included: a Rock of Ages stand-off, an evening at the movies and a very dysfunctional wedding, with a nod towards the film “The Hangover”. I just felt a little underwhelmed by it all, it was like watching an amateur improvisation group perform, with Simon pulling the strings.

There was a point of genuine laugh-out-loud humour for me, but I think it was unintentional. One of the volunteers had become so absorbed into the moment, that he lifted Simon off his feet and into the air! Simon could be heard saying, “Put me down, put me down!”

Overall, this was show that won’t appeal to all audiences, but it will get an audience. It would be a fun evening to attend with a group of friends, as long as someone gets picked to stay in stage; and a few drinks before and during wouldn’t go amiss either, to loosen the inhibitions. I think it will go down very well at the Edinburgh Fringe, which is its next stop on the tour.