Enchanting, captivating and mesmerising are the three words I would use to attempt to summarise the beauty that was and is Matthew Bourne’s Sleeping Beauty, brought to us by New Adventures dance company. There is something so hypnotically beautiful about Matthew Bourne’s ballets that makes them irresistible to watch, and Sleeping Beauty did not disappoint. Bourne uses influences from the Brothers Grimm tale Little Briar Rose in 1812 and the well-known, beloved Walt Disney interpretation in 1959 to reimagine the story of Sleeping Beauty; the simple love story of the young princess Aurora, cursed by the wicked fairy Caboose and forced to sleep for 100 years until true love breaks the spell and they all live happily ever after.

This popular children’s fairy tale takes a dark, gothic twist (maybe not as disturbing as my tastes would have liked and what I anticipated from the hauntingly ominous opening), however nonetheless definitely dark and not one for the kids as it would no doubt result in a few nightmares! Bourne’s work is always full of intelligence and attention to detail and Sleeping Beauty was no exception. The opening scene involving the child puppet is extremely endearing and the slapstick comedy between the naughty puppet, the servants and baby Aurora’s parents created a genuine laugh from the audience. The production manages to incorporate comedy, romance and uncomfortable gothic instances with effortless ease. I really can’t commend it enough! It was a shame that at times the puppeteer controlling the Aurora puppet was visible to the audience as it unfortunately broke the allusion, however it did not distract from the clever choreography of both the dancers and the puppet. 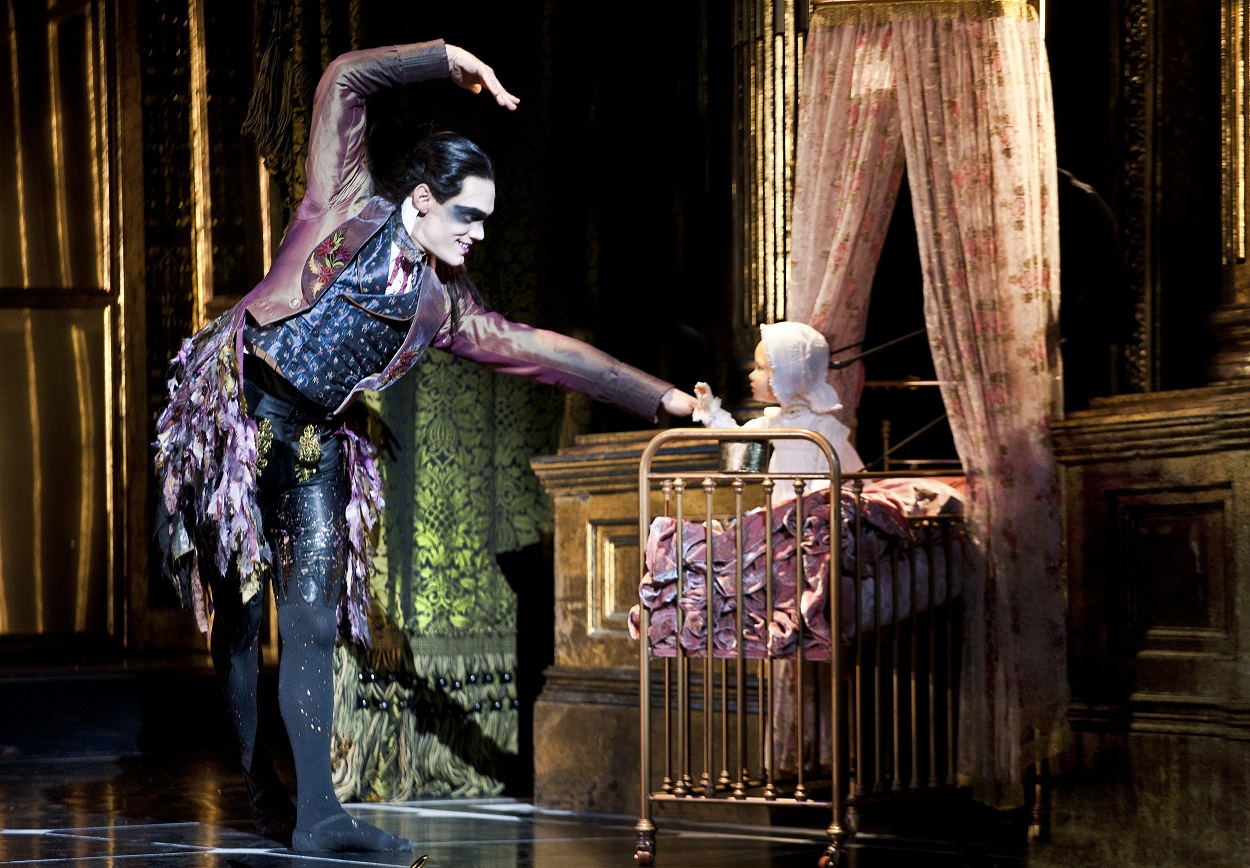 It is important to note the beauty of Ashley Shaw who plays the grown up Princess Aurora. Shaw delicately captures the disobedient naivety of female adolescence. The clever, light footed choreography gives her the illusion of floating like a fairy across the stage and she is completely captivating to watch!  Another dancer worth particular mention is Tom Clark. Everyone loves the bad guy so it is no surprise he received one of the loudest cheers for his portrayal of both Carabosse, the dark fairy, and Caradoc, her son; such a clever idea! Bourne is never one to stick to the status quo, a prime example being his all-male production of Swan Lake, therefore I was not surprised to find a male dancer performing the role, and of course it was brilliant. The physical male presence of the dancer only adds to the menacing quality of the character! Charming performances were also delivered by Glen Graham and Daisy May Kemp who played the role of Aurora’s parents and the devastatingly sweet love interest Leo, played by Chris Trenfield. Of course this is only mentioning the main cast, the cast as a whole did not put a foot wrong as far as I could see and I can’t sing their praises enough!

If that wasn’t enough to please audience members in the Liverpool Empire tonight, the outstandingly lavish set designs certainly had the wow factor. There was an eerily authentic quality to the set that absorbs the audience even further into the story of Sleeping Beauty, almost causing you to forget you are in fact in a theatre! This beauty did not stop with the set but is also presented by the beautifully embellished costumes that are appropriately designed for the gothic and fantastical elements of the show.This isn’t just any ballet, and I therefore strongly urge anybody with a chance to see Matthew Bourne’s production of Sleeping Beauty to do so! Go book your tickets now because it will no doubt sell out fast, and I can only imagine that the standing ovation that New Adventures received on opening night will occur after every performance in the Liverpool Empire this week.

Sleeping Beauty is performed at Liverpool Empire from the 17th-20th of February. Tickets can be found via http://bit.ly/1R7NlVH 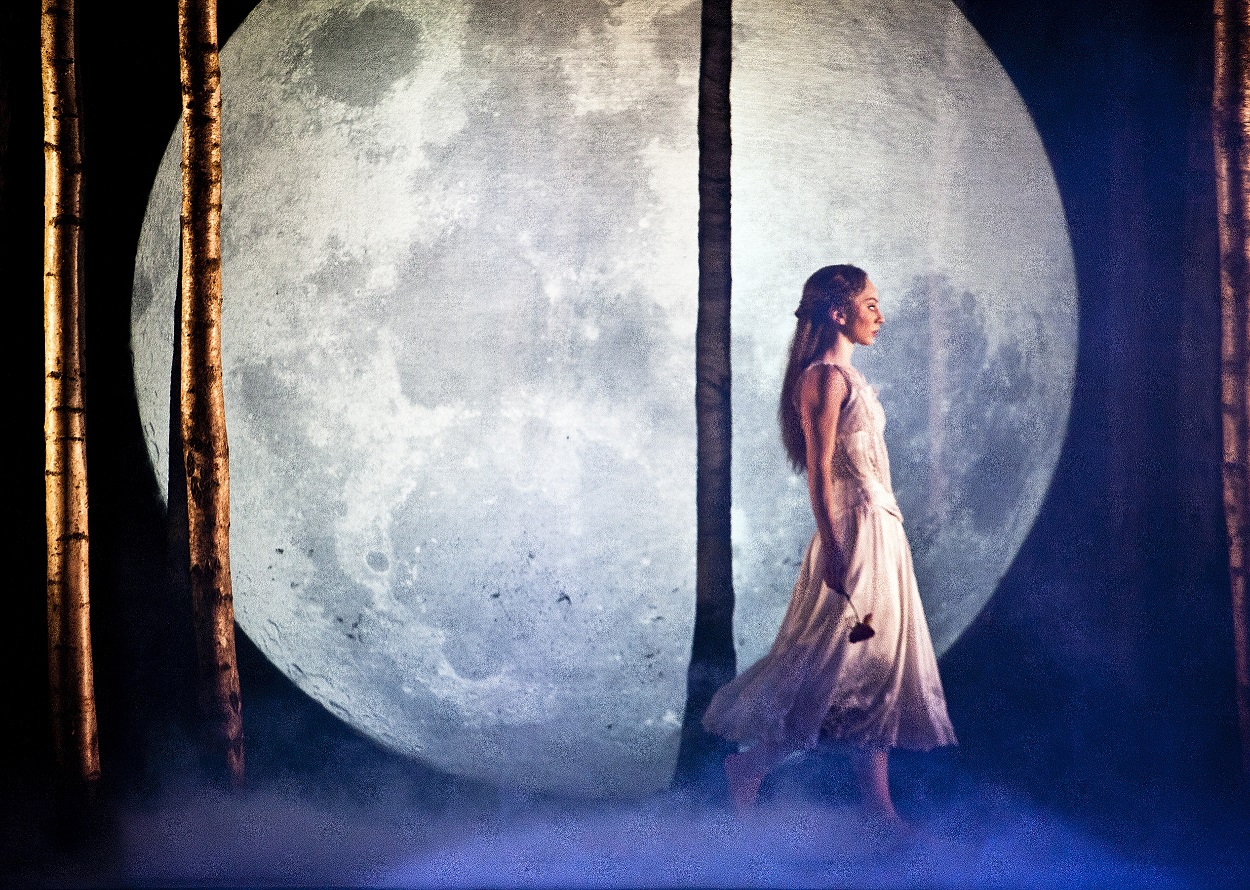