What could be a funnier start to a musical comedy livestream, than a broken link that won’t work? Well, it was funny until it kept interrupting the stream! However, it eventually seemed to work and we got into the show. Whilst people were complaining about having paid for the stream, many seemed to forget that it was raising money for Funds for Freelancers to help performers and artists during these unprecedented times!

I remember sitting to see it in the theatre and not knowing much about what to expect, apart from it being a comedy murder mystery and small snippets that Jason Manford had shared online. It’s a Kander and Ebb musical (Ebb died before the musical was completed and Kander finished the lyrics with the book writer Rupert Holmes), and at times it definitely has a Chicago or a Cabaret vibe to it. 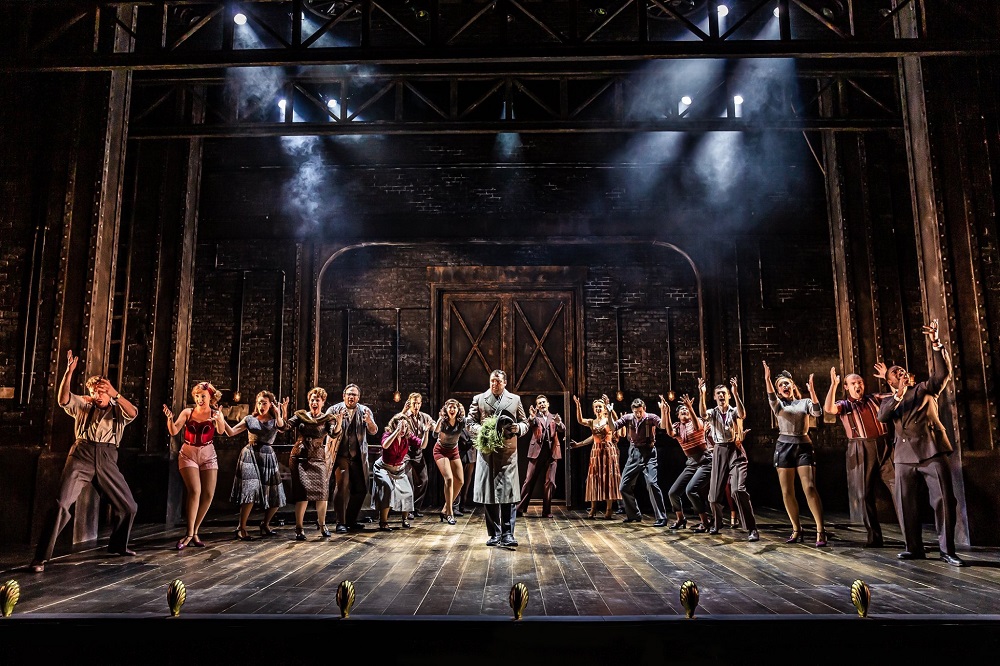 It’s opening of the new Aaron Fox (Ore Oduba) and Georgia Hendricks (Carley Stenson) musical and the leading lady collapses during the final bows. And with her not leaving the stage, the cast become the number one suspects in her homicide. Lieutenant Frank Cioffi (Manford) holds the cast and creatives in the theatre, whilst he tries to solve the case. Over the course of the next day the cast and crew are questioned whilst also making alterations to the show, to keep with the known phrase of them show must go on.’

There are many great musical numbers throughout the show with the standouts being ‘Show People’, ‘Thattaway’, ‘Coffee Shop Nights’, ‘It’s business’ and ‘A Tough Act to Follow’. Rebecca Lock as Carmen Bernstein thoroughly sang from her heart in ‘It’s business’ and I’m sure our house, along with many others, is still missing it’s roof! ‘Coffee Shop Nights’ was one of the songs I’d heard before the show, and it’s safe to say that Manford truly does it justice, it’s heartfelt and moving and I’m not sure I could hear anyone else sing it the same way! There is also a fantastic dance routine in act two from Bambi (Emma Caffrey) and Bobby (Alan Burkitt) that deserves a mention. Samuel Holmes as the director, Christopher Belling, provides us with the majority of the comedic relief. His timing is spot on and his delivery of the lines come across as witty and brilliant. He is probably the most memorable thing about the show and hours later, you still find yourself laughing at his one-liners!

The whole cast clearly love the show, and it is obvious to see why. Especially during these difficult times, it provides light-hearted relief and farcical comedy to take your mind off the goings-on in the world. Whilst it is best viewed in the theatre surroundings it was intended, it was a joy for someone as short as me to have a complete, unobstructed view of the stage!!

Due to the earlier technical difficulties the producers of the show have announced that the stream will remain online for 24 hours, for those who already hold tickets, and another stream will be available to buy tickets in upcoming weeks, to support Funds for Freelancers. I’ll definitely be watching again and would recommend it for any lovers of Mel Brooks and the like! https://page.inplayer.com/curtainsthemusical/

It’s a shame that the curtain fell early on this marvellous show, but I’m sure we haven’t seen the last of it yet!