It is the story of a man who creates chaos by having the means and desire to be admitted to a private hospital despite not being ill, either physically or mentally. As such, all the conflict and humour derives from the other characters having to find a problem in this desire in order to understand it, thereby creating action around a man who believes he brings none. They want to get rid of him but have no reason to and they simply cannot understand that someone might just not want to do anything at all. 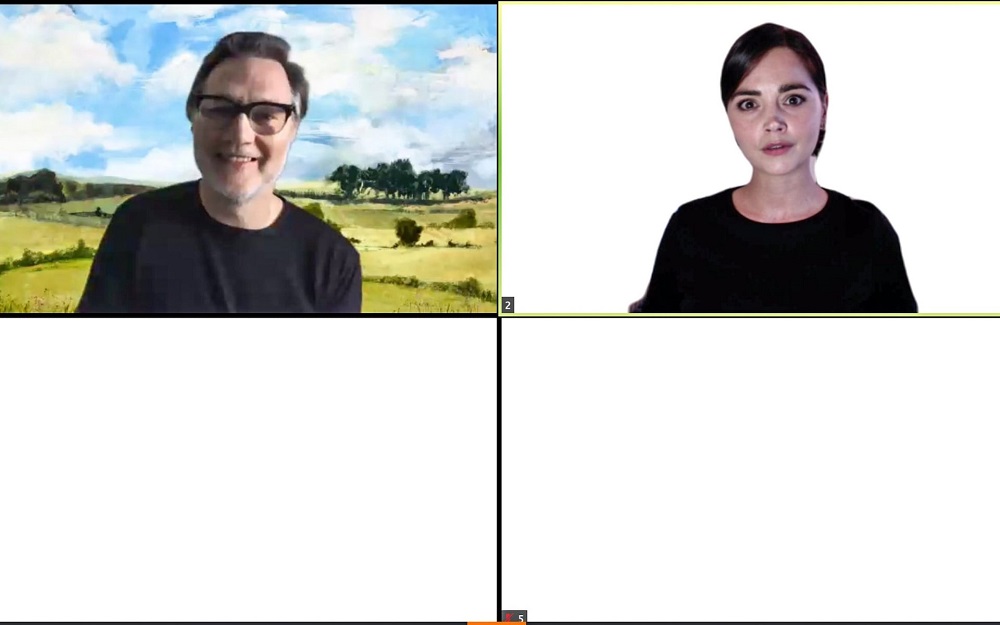 Being in a room with nothing to do and the horror that inspires in many seems quite relevant at the moment, making this an appropriate choice for staging aside from its brevity, cast-size and lack of complex movement. Every day online I seem to see friends and strangers who are either unable to cope with their confinement or judging themselves for not doing more. The characters on stage here offer us both sides of the conflict but with the humour, absurdity and precision Tom Stoppard is known and revered for.

The nature of the main character does leave one at a couple of points wondering where this is all going, as the first few scenes are really just the protagonist making the same points to different people in different ways and, while overall the humour and the other characters self-created mystery does entertain, it does not seem to be building to anything. However, we do then begin learning more about these people, which in turn has in impact on the actions of some of the other characters, as well as allowing the actors to tap into their emotional side.

Morrissey is the star of the show here, his kind eyes, glasses and gentle smile injecting pathos and bemusement into a character who creates panic around him without seeming able to – the calm at the eye of the storm that is also its heart. The length and nature of the piece (just over thirty minutes) does not allow much time or opportunity for the others to shine, but that is no reflection on them. Each brings their own unique touch to the characters, injecting their comedic timing and humour into the lines and, in the case of Coleman, bringing some quiet beats and human touches to the playful dialogue.

The cast's strength is of paramount importance here as there is nothing to distract. Each stands before us, unable to move too much to the left or right (or really backwards and forwards), their surroundings obscured by a clinical white backdrop, the only variance coming from the in-show painting behind Morrissey, which gets added to throughout the show. Everything else is either actor, blacks and white backdrop, with the occasional sound effect and music cue to subtly underline, accompany or punctuate the action.

Despite being filmed and streamed, this show is entirely live, as shown by the arm movements of the actors (filmed presumable from home and the only indication their exits and entrances are being achieved with a fold of paper in front of the camera), the occasional vanishing of ponytails and shoulders into the background or by the tiny flub of a backstage technician at the end momentarily appeared on screen, cans on ears, instead of the closing title card. But that is part and parcel for any medium that doesn't allow for retakes or edits, and anyone who sees these things as a problem should avoid anything approaching live entertainment.

The staging also has its advantages. Part-way between film and theatre, we are thus able to enjoy the in-the-moment liveness and sense of occasion while also getting to see all the subtlety of the cast's performance. The eyes are the windows of the soul and here all of them are looking straight back at us.

The production has also been, unlike many other “live shows” streamed recently, purpose-built for the medium: it has a platform, but not a stage. This approach, hailed as a “ new frontier for live theatre” in the show's advertising, has, along with other streamed plays, already caused a minor backlash from certain quarters, often, one suspects, from people of a certain income who would put the cultural, educational, intellectual “arts” in opposition to the “populist” “entertainment”-y ones. In essence though, it is the perfect encapsulation of Peter Brook's “empty space”, each actor in a blank box, black surrounded by white, bringing a story to life with their bodies. The only difference is they're not all in the same box.

This critic is a life-long fan of Tom Stoppard and this production, star-studded in front and behind the webcam, was for him a wonderful introduction to an unknown work of his. Using fully and ingeniously the opportunities and limitations imposed on them by the medium and the times, A Separate Peace is a wonderful showcase of both Tom Stoppard's writing and the cast and crew's deft comedic touch, held together by David Morrissey's wonderfully gentle and bemused performance.