Back in 2010 Conductor John Wilson, with his John Wilson Orchestra, returned to the BBC Proms with a tribute to Rodgers and Hammerstein, following a success in 2009 with a prom of music from well known MGM Musicals. Taking place on the 24th August and simultaneously shown on the BBC, the concert combined the talents of five soloists and the Maida Vale Singers alongside the hand-picked orchestra.

John Wilson decided to use the film versions of each song rather than the stage version to make greater use of the orchestra, much like the Hollywood orchestras of the era. Opening with the Overture and Main Title from Oklahoma, segueing into Oh What A Beautiful Morning. The concert then moves through tracks from Carousel, South Pacific, The King and I, little known Flower Drum Song and ending with The Sound of Music.

Each of the soloists performed several numbers. Julian Ovenden took on Oh What a Beautiful Morning, being joined by Sierra Boggess for People Will Say We're In Love. Both singers also performed If I Loved You and Ovenden alone Soliloquy from Carousel, Sierra Boggess came back for I Have Confidence and Something Good from The Sound of Music. 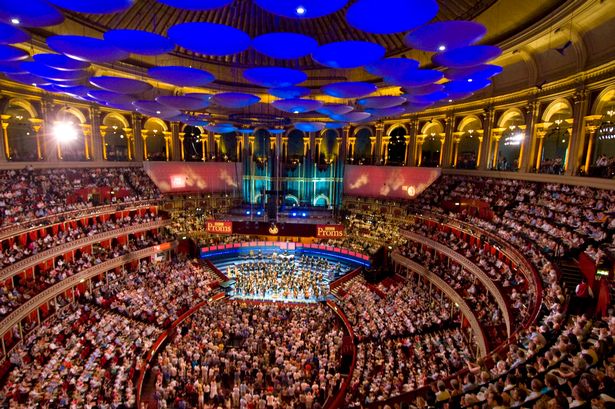 Both are excellent singers and despite the concert setting, gave their performances real emotion.

American performer Kim Criswell performed June is Bustin' Out All Over (Carousel) , Bali Ha'i from South Pacific and Climb Ev'ry Mountain (The Sound of Music). Her years of experience showed as she gave superb performances of all three completely different tracks. Anna Jane Casey dominated the music from South Pacific performing I'm Gonna Wash That Man Right Out Of My Hair, Unspoken Thoughts and duetting with opera singer Rod Gilfry for Some Enchanted Evening. She also sang both songs from Flower Drum Song. She has a great voice and her personality shone in her performance. However, the South Pacific segment was stolen by a rousing performance of There Is Nothing Like A Dame by the Maida Vale Singers. Rod Gilfry returned for Something Good with Sierra Boggess. His beautiful baritone harmonising wonderfully with both sopranos.

The concert finished with all five soloists, the Maida Vale Singers and the orchestra enjoying a spirited rendition of Oklahoma.

John Wilson clearly loves the music he is performing and for the proms gathered a fantastic group of musicians and singers. If you enjoy the musicals of Rodgers and Hammerstein then listening to this wonderful performance of some of their most well known numbers is an excellent way to spend an afternoon.

You can watch BBC Proms Rodgers and Hammerstein HERE!