Oddball - Upstairs at the Gatehouse

About to embark on her third date – the important third date, as it is written in rom-com law – Oddball is anxious. Straight away, you get the impression that these aren’t the normal third-date jitters, but something more serious lurking beneath the surface. What unfolds over the next hour is a funny, brave and slightly whacky exploration into Oddball’s battle with anorexia.

As a one woman show, Oddball (Francesca Forristal) is engaging and captivating, successfully pulling the audience into this very personal world and holding their attention and emotions throughout. 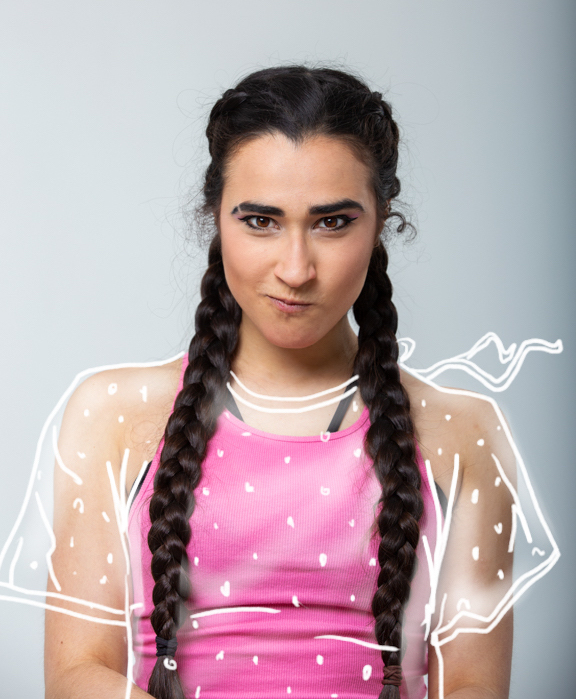 Oddball herself is what’s known in the business as a ‘triple threat’ – she sings, she dances and she acts – but this isn’t a musical – after all, she isn’t that type of girl. I’d go as far as to call her a quadruple threat, as the show sits somewhere between one-act play and stand-up comedy, and definitely provides more than a few laughs.

The music and sound effects really bring the show alive, creating situations and characters that feel totally believable and are easily brought to the imagination. There are some amusing musical-style send ups and a few nods to cinematography that are all a lot of fun and ably executed. With only a couple of props the stage is largely empty, but sound and mime are used to ensure it feels lively and busy, fully occupied by Oddball’s energetic talent.

While the experiences described are intensely personal, there were some elements – such as the over-zealous Fitbit’s constant reminders to count, count, count, be it calories or steps – that I found really relatable. Although now recovered, the impact that her eating disorder continues to have on her life is handled in an honest and open way, with enough humour to ensure the audience feels comfortable. With a few real laugh out loud moments and a fair few giggles, this is a ballsy and bonkers show and definitely worth catching if you can. http://www.upstairsatthegatehouse.com/oddball