Set in a St Helen’s salon, there’s laughter, crying, a lot of sexual tension and even drunken karaoke, what’s more to want from a night at the theatre?

Divorcee Carol is trying to get on with her life while her ex is living opposite the salon with the new girlfriend, while manage a full salon as the gay owners have a tiff and break up. With threats of selling the salon to the local drug gangster (who has his eye on Carol), Carol, Sheila and Tia try to deal with demanding customers while their world goes a bit tits up.

I have to applaud Sylvie Gatrill’s direction of the piece, as the mixture of comedy, drama and females doing it for themselves is perfect.

Radio City’s Breakfast Show’s Leanne Campbell excels as the hopeless Carol, as she puts on a brave face to the world. Her need to move on with her life is admirable, and made the audience actually talk to her and say “Go on girl!” Campbell’s drunken mess after a night was very comic, as she drown her sorrow’s in “SHOTS!” 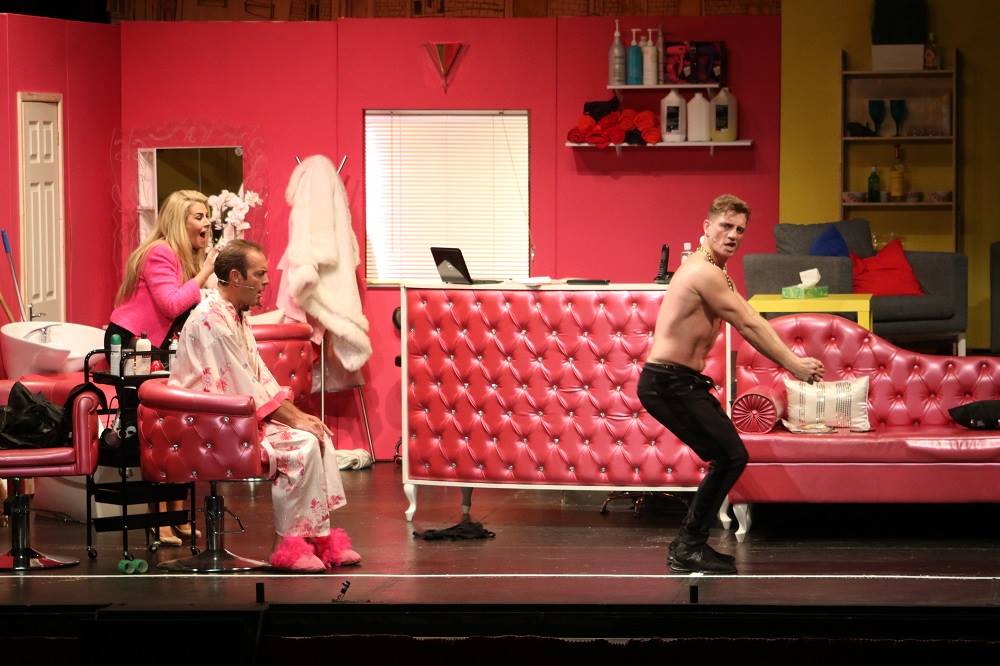 Olivia Sloyan’s performance as Tia, the beautician who simply wants to find a rich man (whether or not he’s married), leave the beauty industry and become a famous singer is one that made the show. She played the young bimbo part very well - especially the drunken karaoke after a big night out was a hit!

Sarah White plays the crass and garish Shelia, the friend who’s always there for that bit of real and blunt advice. Her entrance was one that made the audience burst out laughing, by just walking on and shouting “Fuck me!” - saying something we all feel when we walk into work on a Monday morning.

The only thing that made the show a bit confusing as to whether the show was a comedy play or an adult pantomime was TOWIE’s Harry Derbidge performance, as he broke the forth wall and interacted with the audience almost every time that he was onstage. He played the stereotypical gay man very well, with floppy wrists and a lot of sass, but was it a bit too much hammy acting?

For a small theatre, the set was simple but effective, as we move from the salon to Paul and Neil’s flat above. It was quite an am-dram-esk looking set, but even still, we were transported to where the cast wanted us to go!

The show over all was a good night out with the girls, and with the sexual innuendos (and the sexy, testosterone filled sex god that is Philip Oliver as Tony), you’ll have a right laugh.

The Salon is running at St Helen’s Theatre Royal until the 25th November. http://www.sthelenstheatreroyal.com/whats-on/