Willkommen! And Bievenue! Welcome! Cabaret takes place between 1930-31 in Berlin, Germany. We are transported to the Kit Kat cabaret club where everything and anything goes. Cabaret acts, drink, drugs, sex. Heterosexuals, homosexuals and bisexuals are free to be who they are and with who they want to be. But are they? Early 1930s Germany, with Nazis and concentration camps, can the people from the cabaret clubs be happy and live everyday lives.

Hayworth was joyous as Bowles, a character originally played by Liza Minelli, she made the character her own and gave it everything. From big dance numbers like Mein Herr to stripping it right back to deliver a tear-jerking Maybe This Time and a stunning version of Cabaret. Hayworth has a gorgeous voice but the way she acted this role, especially through Cabaret was just beautiful. 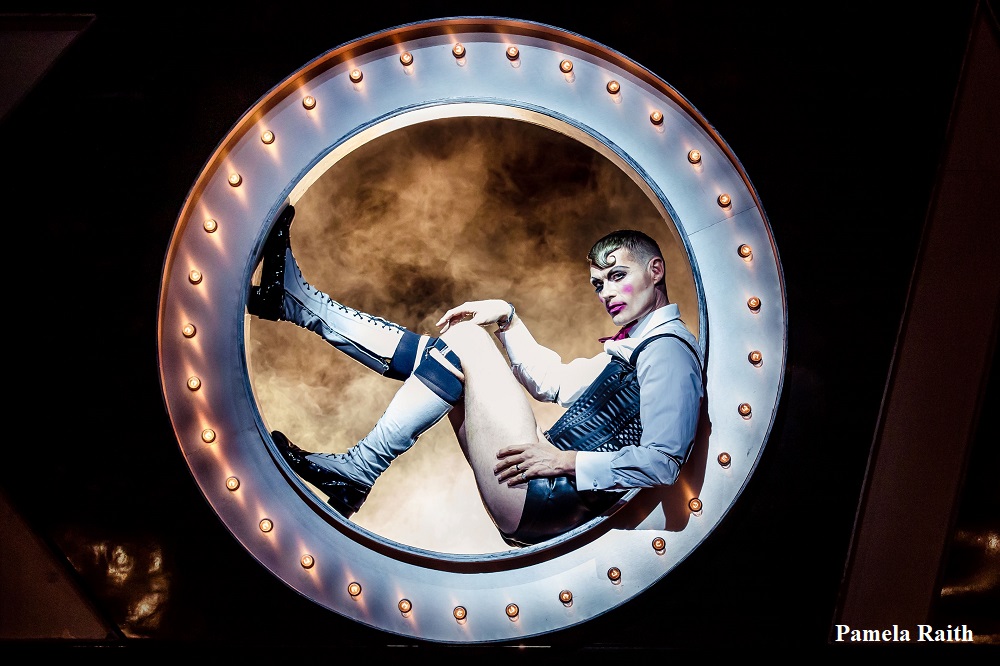 Hagerty made a great Bradshaw, with killer vocals and strong storytelling, you felt every emotion he was portraying. Anita Harris played a lovely Fraulein Schneider and James Paterson a nice Herr Schultz, both delivering some lovely songs, especially so with It Couldn’t Please Me More.

One-character people look forward to seeing in Cabaret is Emcee and John Partridge did not let us down in the role. From the second the show opened until his last words, Partridge had you right where he wanted you. He took us from laughing hysterically to crying with sadness and everything in between. With very strong vocals, fantastic dancing and beautiful acting, especially during I Don’t Care Much, Partridge is perfection in the role and is a joy to witness.

Choreography by Javier De Frutos was stunning, the big numbers were a spectacle to see and were delivered wonderfully by the fantastic cast. Every step was strong with beautiful lines and every move finished fully. The whole cast are integral to the story and there are too many to mention but every single person on that stage deserved the standing ovation they received as they all worked hard as a team to take us on this journey.

Direction by Rufus Norris kept the flow of the show smooth, things sliding on and off or pushed on to keep the scenes continuous.

Designer Katrina Lindsay has created a wonderful yet visually simple set (I’m sure technically it is not simple) but it leaves it open for the story to be told truthfully and beautifully. Lighting by Tim Oliver was effective and sound by Dan Samson was just right.

The eight-piece band, led by Musical Director Phil Cornwell, sounded incredible and it was nice to see them on stage and used as part of the show in places.

Cabaret covers many issues, some hard hitting, some uplifting and happy, but it tells a story and you will leave feeling all sorts of emotion.