A Touch of Magic - The Kings Arms

What happens when you’ve been married to someone for 35 years, but it turns out you don’t really know them at all? And how do you then get to know them?

These are just two of the questions asked by this one-act play, and in response it gives us an entertaining look at what the answers to those questions might be. Complete with a pre-show experience in the pub downstairs and a free ice lolly, this romantic comedy provided plenty of laughs. The characters were fabulously stereotypical and the writing by Anne Wynne was fun and very relatable, so it was easy to imagine that anyone could see themselves or someone they know in either Carol, Ron or Owen. 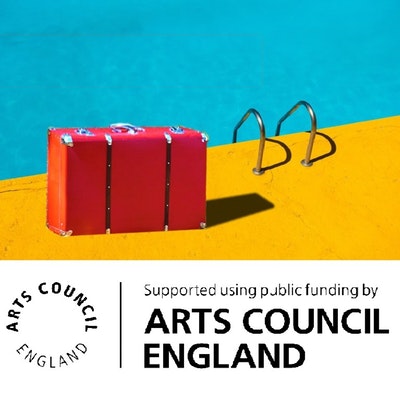 Carol (Kiki Kendrick) and Ron (Guy Hepworth) have been married a long time, and Ron decides to treat Carol to a trip to Tenerife to celebrate their anniversary, paid for out of the inheritance of his recently deceased brother. When they arrive at the resort, Carol meets the exuberant Owen (Kivan Dene): children’s entertainer and wannabe magician, and Owen ingratiates himself with the couple when Carol mentions the gap left by her absent adult daughter. Perhaps predictably, miscommunication leads to frustration, frustration leads to drinking, and drinking leads to poor choices, and before you know it all the family skeletons have come crashing out of the closet. But you’ll have to go and see the play for yourself to find out Carol’s long-held secret!

The cast and creatives made great use of the compact space, and props to the director for creating a piece that balanced comedy, drama, audience interaction, 4D effects (!) and just the right amount of vulnerability.