The F**k It Button - The Kings Arms

Normally the hallowed pages of North West End would never be debased by swearing, but with the title of this show it seems to be unavoidable. Apologies if you find swearing offensive but, well – f**k it.

You may be wondering exactly what the ‘f**k it’ button is. Imagine the moment you’re about to make a choice you know to be bad for you; sleeping with the wrong person, taking something you shouldn’t. 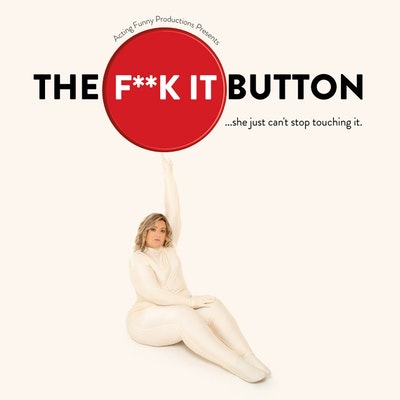 All the while you’ve seen it coming but you’ve been lying to yourself that it’s okay. Then at the exact moment you’re about to do it you can’t lie to yourself anymore. But you say ‘f**k it’ and do it anyway. That’s your f**k it button.

There’s a movement in comedy at the moment where comedians are getting more and more confessional, remaining funny but happy to exchange some of the laughs for tears in pursuit of the truth. Ali Kahn’s wonderful show – sorry, f**king wonderful show – is a fine new addition to that movement. Created by Kahn and Anna Macgowan, Kahn lays herself bare. From problems with addiction, depression and low self-esteem to her struggles with grief, she’s brutally and hilariously honest. Taking in skits, songs and monologues, the show’s an excellent show case for Kahn’s various talents, as well as her personal problems. F**k it? Go and f**king see it!

The F**k It Button has further performances on 13th and 19th July. https://manchesterfringe.eventotron.com/?event=34616