Whenever I hear about an up-and-coming female comedian, I’m all over it. Especially someone who’s received as much acclaim as Maisie Adam. And in her self-proclaimed “work-in-progress” Hang Fire, a preview of her Edinburgh Fringe routine, the Yorkshire-born twenty-something does not disappoint. In fact, she excels.

Existing in an industry that is often competitive and male-dominated, Maisie’s mix of relatable awkwardness and moral reflection stands out. Right from the get go, she appears comfortable and charismatic, and it’s clear that she is no amateur. She confidently transitions between hilarious personal anecdotes and a broader lesson in learning to forgive past mistakes, managing to keep you both captivated and laughing throughout. 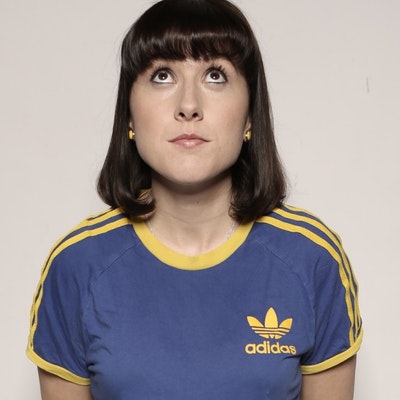 Hang Fire creates a fascinating and intriguing narrative which consistently delivers on the humour, demonstrating not only Maisie’s abilities as a performer, but also as a writer. But the true indicator of Maisie’s comedic talent comes from her quick and witty off the cuff moments. Whether it was issues with theatre lighting or inputs from the audience, she took it in her stride and created memorable comical moments that truly reflect her skills as an entertainer. Previews are a great opportunity to see comedians at their most authentic, and in this case Maisie’s character shone through.

After her award-winning debut at last year’s Edinburgh Fringe with Vague, the bar has been set high for Maisie’s second outing. Fortunately, she outdoes herself. As a preview, this is by no means the finished product. However with a few narrative tweaks and a more confident ending, it is clear that Hang Fire has the potential to reign as a 5-star show. Based off of this alone, Maisie Adam is destined for success – watch this space.

Maisie will be performing again tonight at Greater Manchester Fringe then onto the Edinburgh Fringe throughout August. Check out @MaisieAdam on Twitter for all the details.https://manchesterfringe.eventotron.com/?event=38387