Based on the mid 90s TV shows, writer Kay Mellor has adapted the story to work on stage, bringing the lives of a group of women who are forced to become sex workers to survive in life. Whether it be through addiction, having to pay off loans or fines or just to get by day to day to survive, to feed their families, these women were drawn to prostitution and soon realise that once you’re in, it’s hard to get back out.

Band of Gold is revolved around a group of four women Anita (Laurie Brett), Rose (Gaynor Faye), Carol (Emma Osman) and Gina (Sacha Parkinson), telling the story of how a young mother is drawn into the notorious red-light district. But with a killer on the loose, it becomes a battle to survive.

The set for this play was quite tricky and seemed a little difficult to manoeuvre at times. 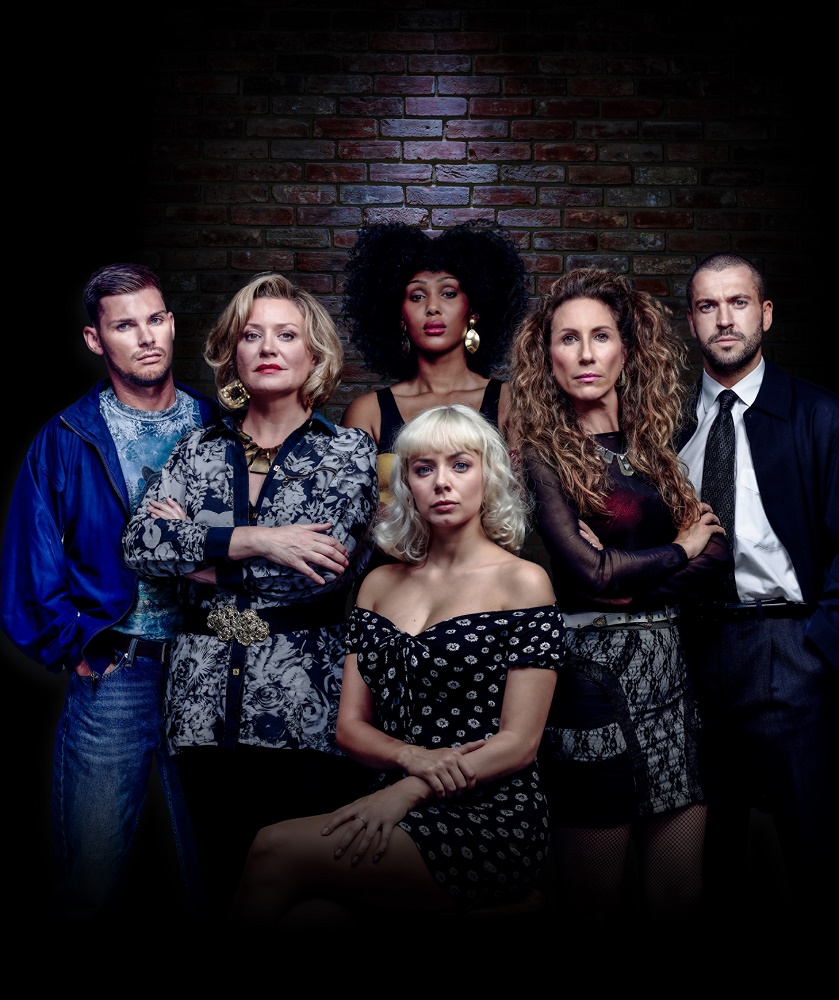 They used sliders that were moved across the stage, helping to set different rooms or settings, which could work very well, but it seems that they decided to almost black out the stage, not fully, for too many of the scene changes. You could see people moving set pieces around and on numerous occasions the stage was lit when there were still backstage crew still on stage.

Lighting for the most was used well, creating ambience in certain scenes and picking out bits of the set, although I’m not sure if it was opening night at this venue, but as with the set changes, some cues seemed a bit out of place or came on or off either a little early or late.

Brett was fantastic in the role of Anita, worlds away from the well-known Jane from Eastenders, very relaxed in the role and a cracking singing voice. Faye brought Rose to life very well, bossy and aggressive when needs be but was very tender in a lovely scene near the end of the play. Osman as Carol stole the show for me, full of character and very likeable, she brought a lot of humour to the part.

Kieron Richardson was great as Steve, Gina’s controlling husband. Shayne Ward was a hit with the audience as Inspector Newall and Andrew Dunn played the nice yet deceiving character of Ian Barraclough, a councillor who everyone thought would help, but little did they know.

I felt that the music at the beginning was very loud and distracting and even though Brett has a wonderful voice, the sound levels were a bit high meaning that when anyone spoke after any singing or music, you had to strain to hear them until you adjusted to the levels again. Possibly again a first night in new venue issue.

Overall, a nice play with some hard-hitting issues that make you think what people must do just to get by, not just in the 90s, but in the current day. A few issues need ironing out, but I very much enjoyed the performance. https://tinyurl.com/smebreq