Gary Barlow and Tim Firth’s hit musical Calendar Girls: The Musical (formerly Girls) is out on a major UK tour after having successful runs in Leeds and on the West End. The musical tells the story of the group of women in a WI in Yorkshire who decide to make a nude calendar to buy a sofa for the local hospital, but primarily tells the stories of those individual women.

Gary Barlow’s music for the show is very catchy at times, although a lot of it does feel quite repetitive. Tim Firth’s script for the show is a perfect balance of hilarious and emotional. The comedy of the show really works to heighten the emotional parts of the show.

TV presenter Fern Britton plays the straight talking head of the WI branch, Marie, very well. She’s perfectly snobby and dislikeable and she has a great stage presence. Sara Crowe’s performance as Ruth demonstrates her fantastic ability as a comedic actress whilst letting her show a great change in the character. Ruth Madoc, best known for her role as Gladys Pugh in Hi-De-Hi, plays Jessie. Her vocals throughout are strong and her number in Act Two is a real showstopper. 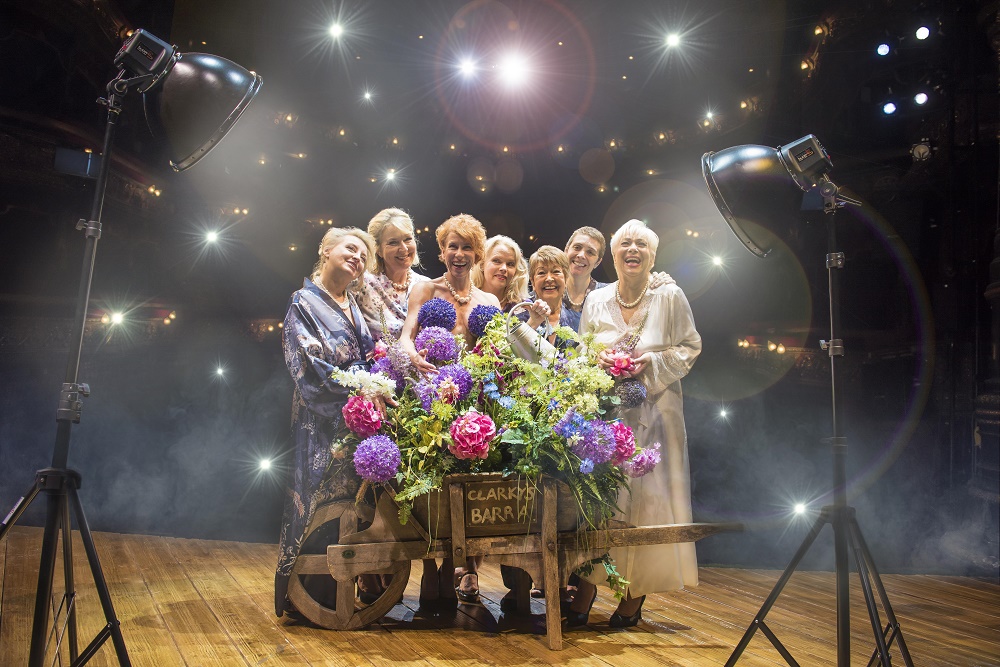 Denise Welch does a fantastic job as Celia. Although she plays the role quite similarly to herself, she demonstrates some great skills in comedy and also some exceptional vocals. Karen Dunbar delivers some fantastic vocals as Cora and is terrific in the role. Her mother-son chemistry with Tyler Dobbs as Tommo is very believable.

Isabel Caswell does a fantastic job as off the rails teenager Jenny. Her vocals are lovely and she has a great chemistry with Danny Howker as Danny. Howker does a great job at showing the changes in his character through the show. Tyler Dobbs plays Tommo and he gets lots of laughs throughout the show – his comic timing is spot on. These three young cast members inject a huge amount of energy and life to the show which is very welcomed.

The stars of this show are Anna-Jane Casey as Annie and Rebecca Storm as Chris, both of whom could be seen as musical theatre royalty. Casey’s vocals are stunning, yet at all times the acting comes first which is refreshing to see. Her portrayal of Annie going through grief is heart-breaking to watch and so believably performed. Storm’s vocals are very powerful and her portrayal of the character and their journey is exceptional.

Robert Jones’ set is simple but looks right for the show. There are no extravagancies to this production which really centres the show and the audience’s focus on the story. Oliver Fenwick’s lighting design does a good job of showing changes in setting where there isn’t set to signify locations.

The show is doing an extensive UK tour through 2018 and 2019 so I would recommend you go and see this show when it’s near you. It’s the perfect example of star casting done right and you will definitely be able to relate to at least one character in some way.