I always admire any theatre company that challenges Dickens; an ambitious endeavour due to the sheer number of characters involved – particularly in David Copperfield. This usually results in a lot of doubling up of roles but the Carlton Players under the direction of Marc Smith, avoid too much of this by trimming a number of the marginal characters and sub plot, leaving us with the bare bones of David Copperfield’s journey into manhood, all told in the first person narrative by the older Copperfield in an endearing and flowing performance by David Tolcher.

In Shaw’s adaptation of Charles Dickens’ most autobiographical novel we follow the tribulations of David Copperfield, a young man growing up in Victorian England. David’s father and namesake sadly dies before David’s birth but he experiences a contented early childhood in the company of his young mother (Laura Smith) and nurse/housekeeper Peggoty (Susan Reeve). This is before his mother re-marries the villainous Edward Murdstone (Lee Crosbie) who brings his unpleasant sister Jane Murdstone (Fiona Williams) to live with them. 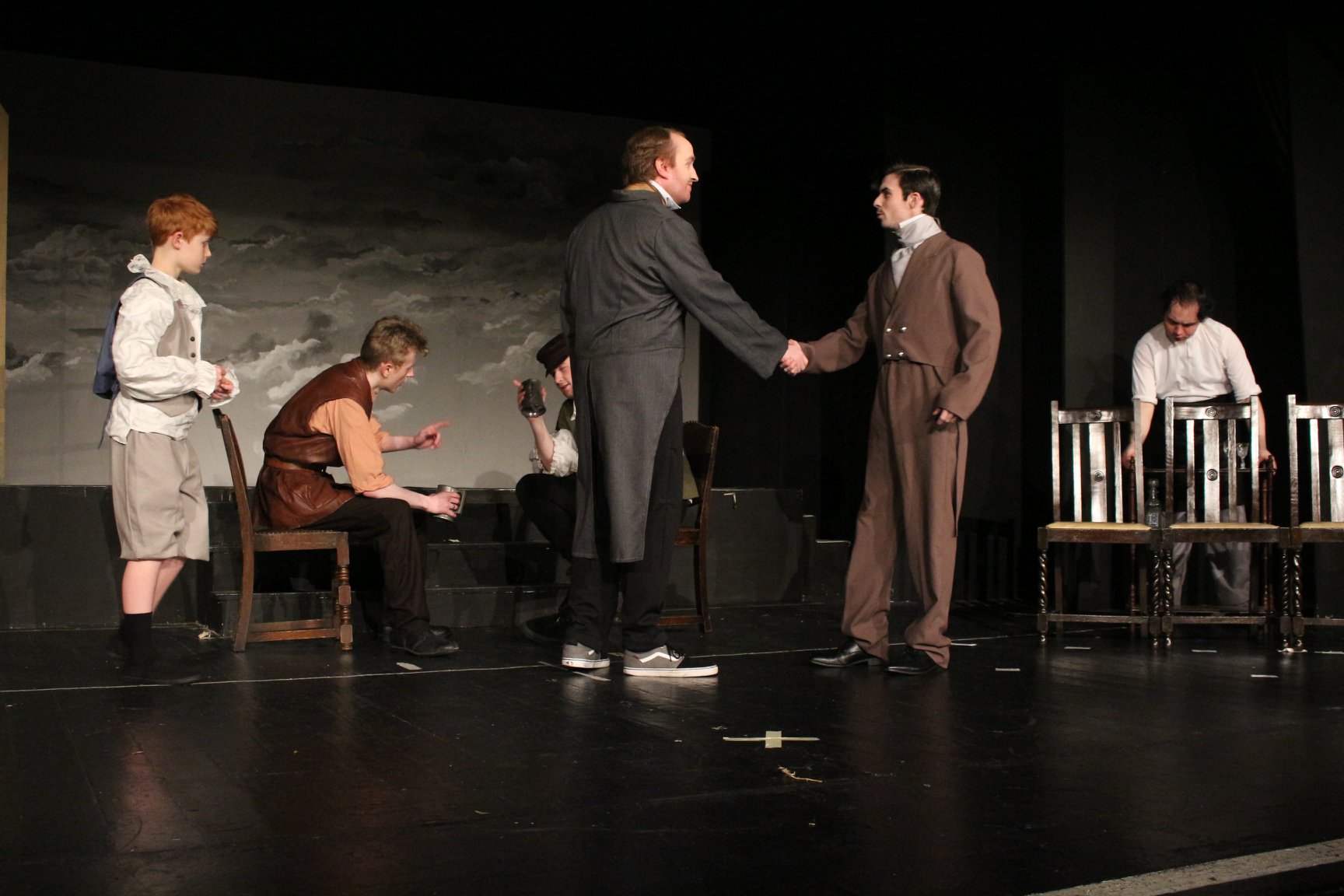 David’s life takes a downward spiral from there. We follow David as he traverses the country in search of his vocation and along the way we meet a myriad of colourful characters including the unfortunate but kindly Micawbers (Steve Youster and Susan Reeve), the wonderfully eccentric Mr Dick (Brian Dickson) and David’s no-nonsense donkey hating Great Aunt Betsy Trotwood (Jill Breckon), as well as the infamous scoundrel Uriah Heap (another wicked performance by Lee Crosbie) and the unwitting target of his Machiavellian plot; the Wickfields. But will Uriah succeed?

The first act opened just prior to David’s birth and the audience was instantly captivated by the chemistry between Great Aunt Betsy Trotwood (Breckon) and Peggoty (Reeve) as they debated the circumstances of the new child. These are two performers who really stood out for me in this show. Reeve encapsulated the maternal, kindly but essentially helpless characters of both Peggoty and Mrs Micawber while the verbal nuances and facial expressions of Breckon delighted the audience and helped bring the comedic element to the show which is always an important theme of Dickens’ narratives to give balance to the darker themes (in this instance of poverty and child cruelty). Overall the performances varied between strong and a little wooden though this could be explained by opening night jitters. I’d also like to make special mention of Josh Madden as the youngest David Copperfield who gave a confident and emotional performance and is definitely a name to look out for in the future.

Though the set design headed by Pam Buckle was basic and lacking in variation of scenery, it was not really missed as the narrative flowed easily and perfectly timed lighting from Brian Williamson set the tone appropriately. At times I think the basic set design even added to the feeling of isolation and impoverishment of David’s darker moments. The wonderful period costumes (Liz Youster and Jill Breckon) also assisted in encapsulating the Victorian setting effectively as well as using colours and styles to cleverly define the nature of characters.

Overall a bold undertaking and well executed though I did feel the absence of some of the sub plot characters.

The Carlton Players are the resident company at The Little Theatre and produce 7 plays a year. You can see David Copperfield each evening until Saturday 23rd March 2019, 7.30pm kick off.