Coming in at just under an hour, Lost Souls, written by Joe Lucking and directed by Maggi Green, takes us to the afterlife where the dead have the right to one return visit: but how will they use it?

In a series of vignettes, we meet a number of characters, initially through their discussions with Norman (Gareth Crawshaw), very much an ex-civil servant and perfectly qualified to facilitate the return of lost souls.

Carol (Maggi Green) recounts how she came to die, the sadness of an ended marriage and her desire to see her children again, but how much that can be sated when one can only see, smell, and feel them but they don’t know you’re there remains to be seen.

‘Beefy’ (Peter Durr) remains plagued by guilt at having killed someone only to receive his own natural justice by succumbing to an early death. Can he reconcile the consequences and find redemption? 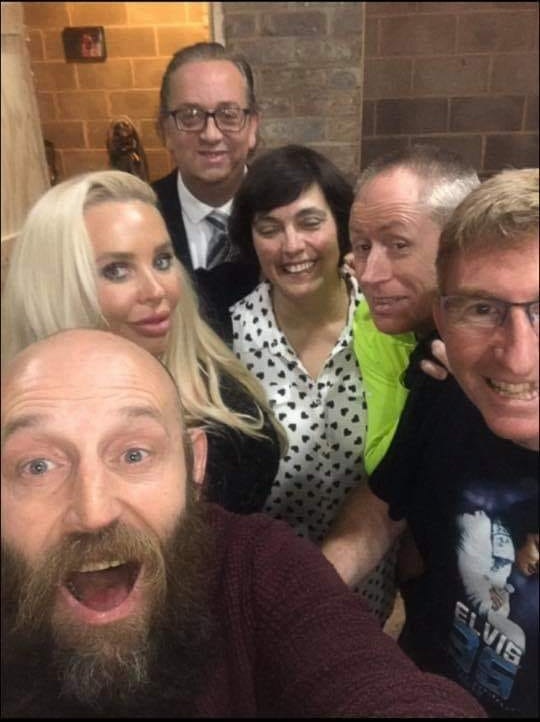 The play then shifts to a series of monologues from those waiting to see Norman: Alan (Bob Towers) takes us through the ups and downs of a life well-lived but that ultimately turned on a failed bank loan resulting in his suicide and now leaving him wondering who amongst his friends might be making a play with his ex-wife.

Ruth (Danielle Britton) wants to be left alone as her father tries to contact her through a medium which very much caught the mood and humour of the audience, with her own death left as something of a conundrum – was she pushed or did she fall – to which only she knows the answer.

Barry (Rob Allen), in a piece I found especially moving, captures all too perfectly the challenges facing a parent post-divorce and the lengths one must go to maintain contact to the extent that just when a corner appears to have been turned…well, it is well and truly turned over, in fact one could almost say all shook up…

And finally, we return to Norman who was happy stamping the souls in and out but is now caught up in the new efficiencies and will soon be on his own recycled way back to ensure the deadlines are met.

This is a production that has been beset by challenges - including losing four of its six cast along the way, two of which were in the last week, and numerous enforced venue changes including this one which took place in the preceding twenty four hours – so it is much credit to all involved that we got to see it at all. As a consequence – and we were informed up front – some tech was missing and there was a minor element of script in hand although to be fair I didn’t feel this detracted from the overall delivery of the piece and the accomplished performances from all involved.

Whilst the piece is effectively delivered through monologue as we learn that the challenges of being dead are not too dissimilar to those we face when being alive, writers are often advised to show not tell and I wonder if there is an opportunity for the piece to be presented in a different manner which would allow us to see that the world beyond was not much different to this world we all know, and whichever way we look at it – and we do moan don’t we? – our souls may well be coming back for another round.