The story of Millie Dillmount, the small-town Kansas girl who moves to New York in search of a wealthy businessman to marry was originally a cinematic musical hit for Oscar Award-winning Julie Andrews in 1967. Based on a 1956 London stage musical, the 2002 Broadway production with book by Richard Morris and Dick Scanlan and music from Jeanine Tesori went on to win six Tony Awards and critical acclaim.

Things don’t go to plan for Millie (Joanne Clifton) as on her first day in the new city, she has her money, handbag and shoe stolen. She ends up living in a “hotel for actresses” run by a white slave trader Mrs, Meers (Lucas Rush) and falls for the penniless Jimmy (Sam Barrett) instead of hooking the attentions of her rich boss (Graham MacDuff).

The star of this production is without doubt MacDuff in his performance as Mr. Trevor Graydon. MacDuff steals the show at regular intervals, his talent and comedic timing overshadowing that of everyone else in the cast. He had the audience rolling around with laughter in Act Two in ‘I’m Falling in Love with Someone (reprise)’ during which is acting skills were genius. Add to this, brilliant vocals and some nifty footwork and you have the definition of “triple threat performer”. 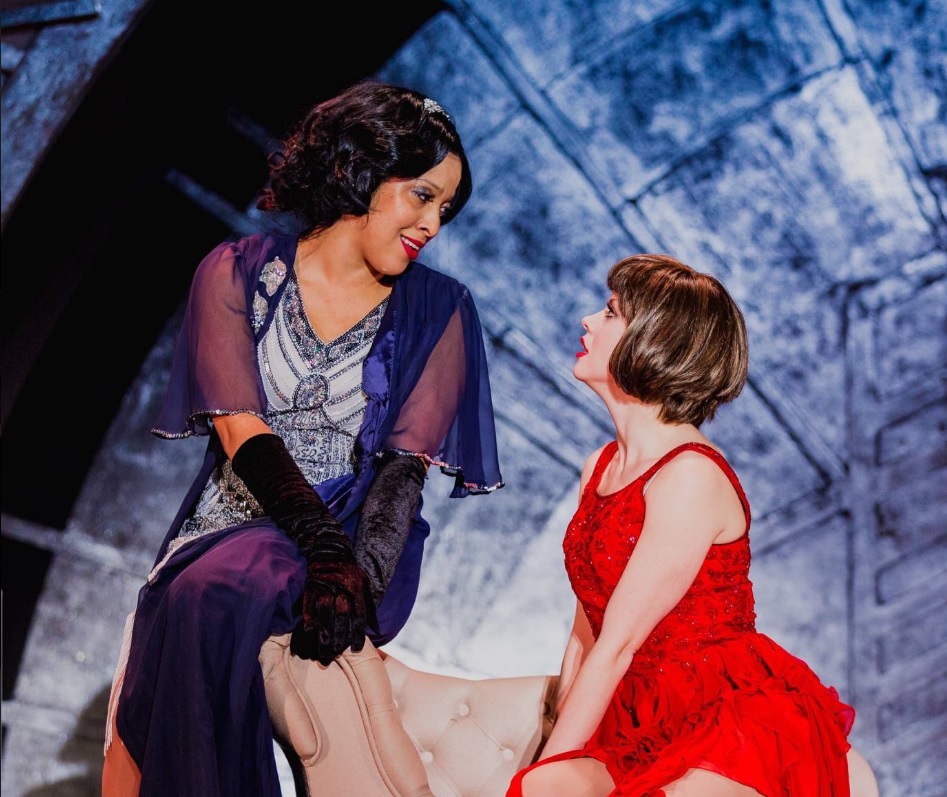 Some clever comedy moments were also stolen by Rush as Mrs. Meers, the kimono-clad owner of the Priscilla Hotel who speaks Pidgin English and turns out to be a white male slave trader. Although it is very difficult to accept the questionable casting choices of Director, Racky Plews and Casting Director, Sue Talbert. Rush is a seasoned Musical Theatre performer and it feels like he was set up to fail with a role that feels very uncomfortable when played by a non-oriental performer. A lot of Mrs. Meer’s lines failed to land with the Manchester audience, and at one point a “tough audience” comment from Rush seemed to sum up the lack of laughter in the auditorium.

Clifton carries a strong and spirited vocal as Millie. She is obviously confident with dance, but her acting ability is lacking and not as strong as her on stage peers, which is a shame. She didn’t seem to connect with Millie and at times over performed to the point of becoming pantomime in her styling with wide gesticulation and unusually over the top facial expressions.

Some of the ensemble pulled the audience’s attention away from Millie with their competent and confident multi-role performances. David Muscat and Bobby Windebank particularly stood out, both providing impressive comic timing and exceptional dance abilities.

Plew’s direction is at its best when she is able to showcase her choreography including the Argentine Tango and Charleston. The best number of the production however is ‘The Speed Test’ where principals and ensemble get to show off their impressive tap dancing abilities. Moving around on stenography work stations on casters whilst tapping can’t have been easy but they pulled it off and it worked extremely well.

There were some obvious technical difficulties tonight with the set designed by Morgan Large and Lighting Design by Paul Smith and Sean Quinn. The set was quite impressive with a stage framed by an Art Deco archway that clearly took inspiration from the crown of the Statue of Liberty, with diamond-shaped teardrops that light up and some clever moving pieces including upstairs bedroom corridor at the Priscilla Hotel. However other elements felt weak and disjointed and detracted from everything else going on: the tech crew who struggled to change the Priscilla Hotel sign above the door at the beginning of ‘Not for the Life of Me’ or the hand that repeatedly attempted to move the doorway to Mrs. Mear’s office into place causing the entire flat to wobble uncontrollably for several minutes. Also, the smoke machines to stage left appeared to pump uncontrollably throughout the entire performance and there were some lighting effects that clearly didn’t work. All of this made it feel very amateur.

Whilst lots of fun, Thoroughly Modern Millie simply didn’t sit right with all the contrasts. A distinct lack of consistency and mixed cast abilities meant that it didn’t keep me as engaged as I would have liked. Early on in the production the song ‘How The Other Half Lives’ ironically sums up that Thoroughly Modern Millie is a production of complete contrasts with its references to ups and downs. Put simply there are moments of world class musical theatre in this production, but there are also other moments that are better suited to a local community theatre environment.