There’s not many shows that have huge video projections of a colonoscopy but this powerful single hander is about Liz Richardson’s battle with ulcerative colitis.

Liz was diagnosed with that debilitating  inflammatory bowel disease in her 20s where essentially her intestines ulcerate and begin eating themselves,  In Liz’s case it finally resulted in a eight hour operation to create an internal pouch for her waste and the temporary use of an external bag to collect her shit.

Look, we all poo, but despite that being a daily task it is something we are reluctant to talk about. Not in Liz’s case as she takes us on a frank journey through her pain that was once so bad her dad had to help her off the loo. 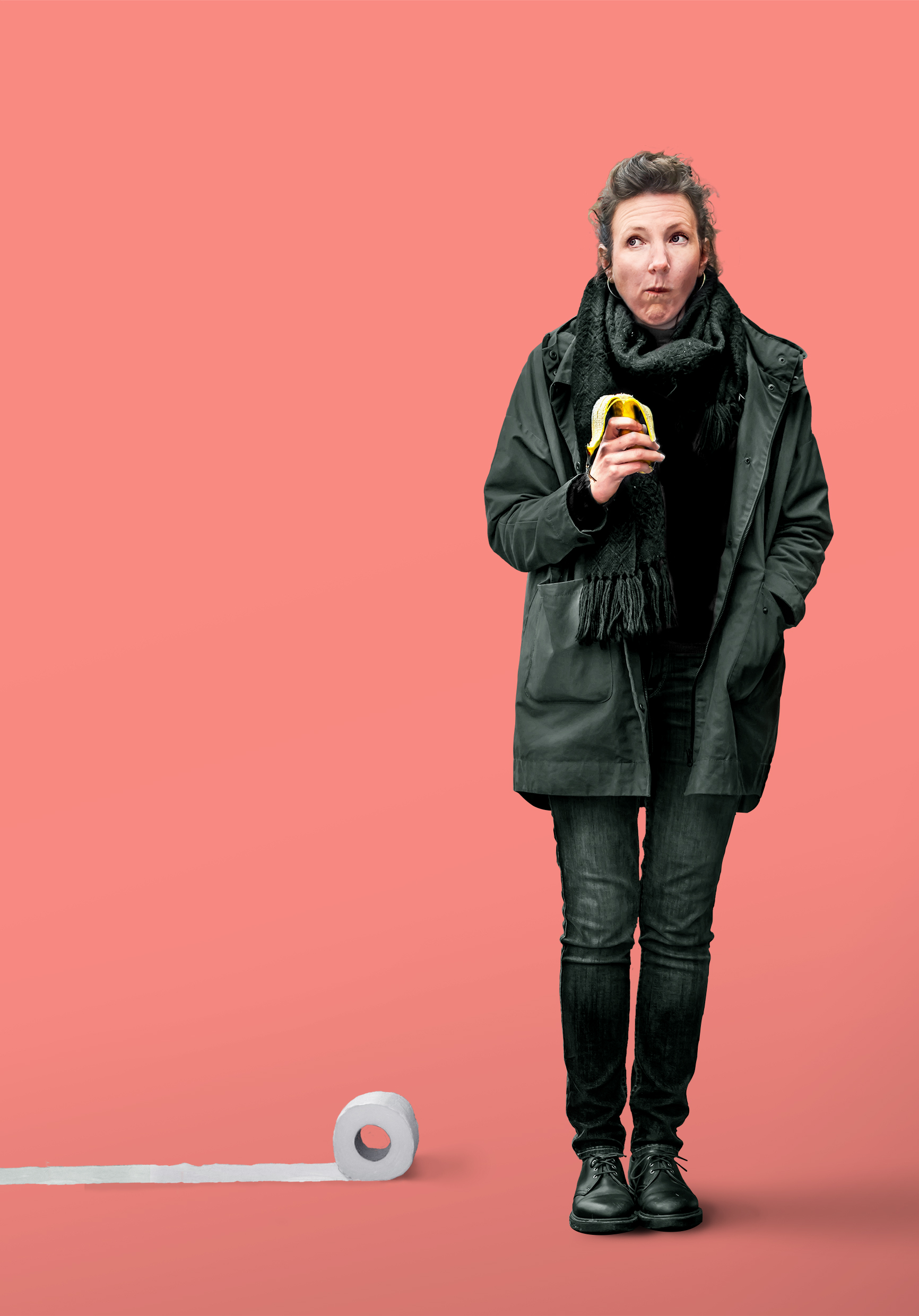 This is no dull pity fest though as skilful mimic Liz recreates some of the characters she meets along the way to recovery bringing out the humour in even the worst of times.  It was a pleasure to meet the surly teenager fighting the condition, the matter of fact hospital consultant, the patronising singing nurse and she even gives a voice to the penis like stoma that connects the shit bag to her rearranged gut.

The damage caused by the condition is really brought home when Liz uses her own naked belly to trace how surgery completely rearranged her guts to create the pouch that transformed her life.

This punchy piece was devised with Conker Group artistic lead Tara Robinson who shaped the narrative cleverly making the audience a surrogate Liz who the characters can address their fears and hopes to. A special word for HOME who backed Gutted from its earliest development and is exactly the sort of work this venue should be supporting.

Liz couldn’t find the voice for her stalwart mum and husband to be Luke so another smart device sees Liz enticing audience members on stage with offers of cake or beer to read those parts which creates some unintentionally funny and warm moments.

Some parts don’t work as Liz smearing herself with red and brown sauces to recreate some of the awful emissions the condition forces out was unnecessary as bodily waste is something we can imagine as everyone has experience of it on a daily basis.

The fear lurking in the room is this could happen to me. Anyone of us could be pooing blood into a toilet. Any of us could feel ashamed if we shitted ourselves in public. We could end up with a bag and wonder if anyone would ever want to sleep with us ever again.

When Liz has performed Gutted to people living with ulcerative colitis her brutal honesty has spoken to them, and for the rest of us it shows our vague fear of having a bag for our waste might come true, but that it is surmountable.

If any hospital is interested in a Gutted performance find out how at This email address is being protected from spambots. You need JavaScript enabled to view it.#