As I sat waiting for the show to begin tonight, I looked at the orchestra pit which is actually a huge hole in the stage of the Garrick and all I could think was "how on earth are they going to manage to navigate around that in heels?"

This is an everyday(!) story of two drag queens, a transsexual and a pink bus...so not your run of the mill 'safe' musical and quite a brave choice as it's very risqué with some choice language at times.

From the beginning of the overture with the accompanying lights and mirror ball, the audience is completely enveloped in kitsch, camp and even more camp until the end notes of the finale. 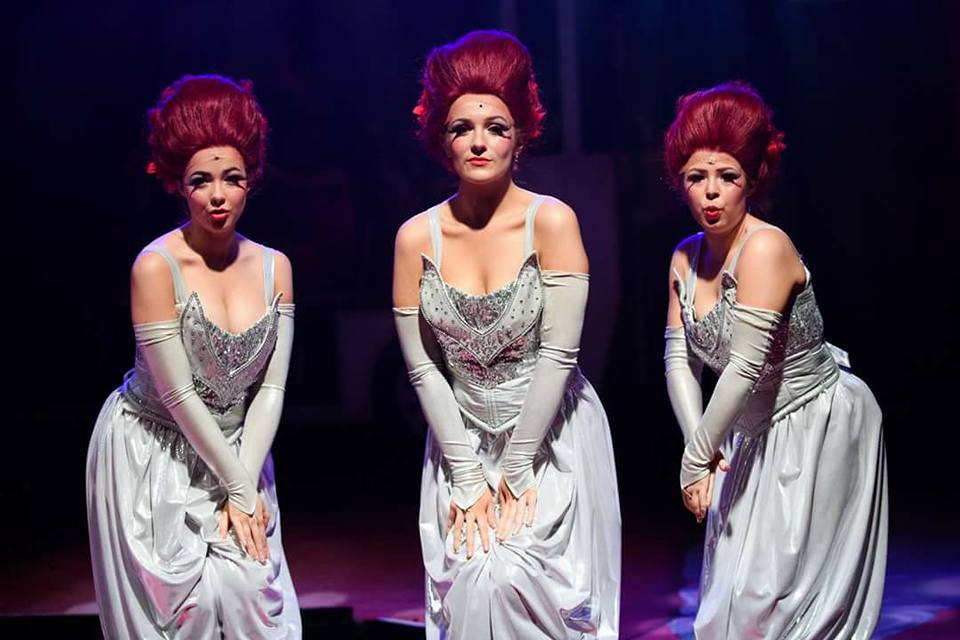 My first "Bravery in Heels" award has to go to Brendan Cunningham as Miss Understanding – His saucy looks and not so subtle innuendo was perfectly placed and at times, he reminded me of a half-crazed bird of paradise so what a great way to start the show. I literally held my breath as he walked backwards in heels right on the edge of the orchestra pit but I needn't have worried.

The three main roles: Tick, Bernadette and Adam (Felicia) are larger than life, in fact they're great big, out-there characters so they cannot be underplayed and the casting of Todd Bennett (Tick), Rhys Nuttall (Adam) and Mark Butt (Bernadette) is inspired.

Todd encompasses Tick's serious side but also camps it up royally, particularly during the 'McArthur Park' scene which earned its own round of applause. He also has a much better voice than Jason Donovan (who was cast as Tick in the West End and the national tour).

Mark's version of Bernadette was everything that I love about this character. He gave her class, elegance and poise - and managed to deliver Bernadette's killer one liners with cut glass aplomb ("do I LOOK like a bus person?!") The rest are too rude to reproduce here but trust me, they're hilarious. Priscilla may be Queen of the Desert but Bernadette is Queen of the Put Down. 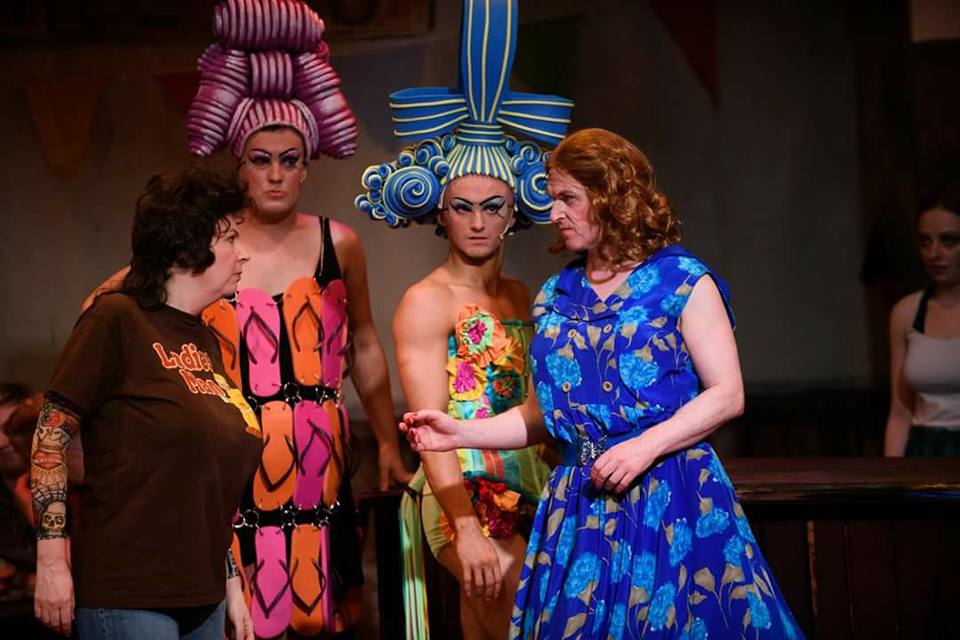 And Rhys...oh my goodness...I don't think I'll be able to see him in anything else in the same light again...! I have to say that this was the best version of Adam/Felicia that I have ever seen. He completely inhabited the role and then some with his high energy performance - not to mention his fearlessness in being almost naked in front of the audience...then donning a very clingy dress and silver heels...then running round the stage in them. Oh – and he can certainly work a basque! One of the stand out moments of the show is 'Sempre Libra' which Rhys performs on his own...it is an absolutely amazing showstopper.

The Three Divas (Lara Hancox, Lauren Whiteley and Rachel Gerring) sounded fabulous and did a sterling and sparkling job.

Another special mention must go to Claire Garrett who played Cynthia. All I'm saying is...ping pong balls. You'll just have to go and see it to find out.

I must congratulate Dylan Williams (Benji) on his great accent and despite this being his first stage performance, I didn't see any sign of nerves at all.

The ensemble scenes were quite amazing – not only because every one of them was a fantastic and colourful spectacle to behold but because of the high quality of everyone's performance. There was a massive hole in the stage but everyone navigated around it perfectly without seeming to even have to look where they were placing their feet! I am lost in admiration. I really enjoyed the choreography of all these numbers and I feel I have to give a special mention to Stuart Angus, one of the ensemble, who absolutely nailed all the moves and had a smile that dazzled as much as the sequins.

The costumes are breathtakingly fabulous and as for the lightning speed of the costume changes – this is quite unbelievable, I can only imagine what the stress levels must be like backstage so a big well done to everyone involved! 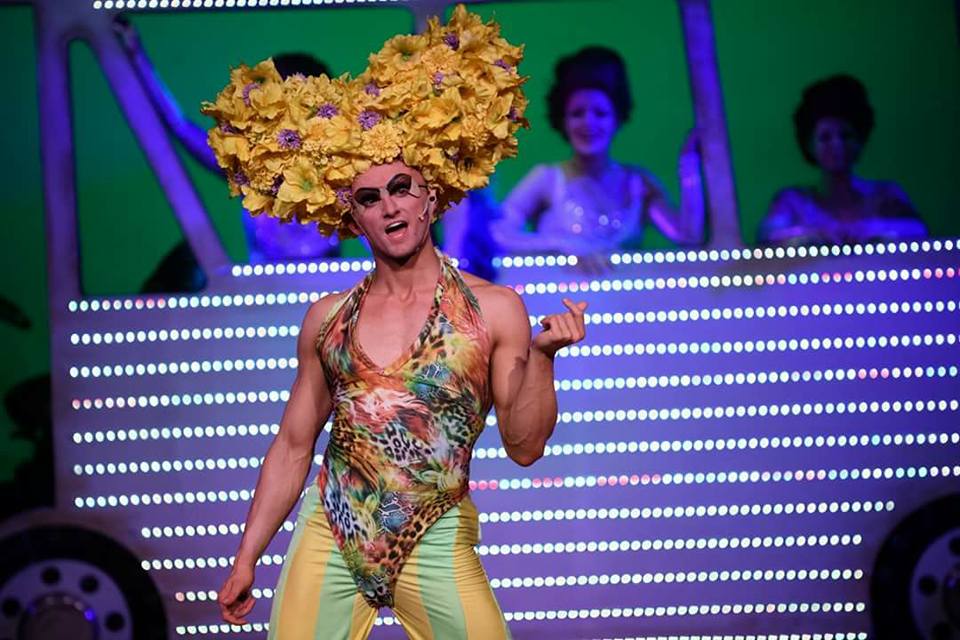 One of my favourite scenes comes at the end of part one and sees the company wearing the over the top wide legged trousers and huge wigs which have become the trademark of this show. It was performed outstandingly and the five stars that I have awarded could have come from that scene alone.

The final scene at Ayres Rock is extremely powerful and uplifting and then we are hit with a dazzlingly colourful finale with some absolutely stunning costumes.

Everyone involved in this show should be so proud. A huge well done must go to Joseph Meighan (Director) and Louise Pettitt (Choreographer) for doing such an outstanding job in what must be a very challenging space to work in (did I mention there's a huge hole in the stage!)

'Priscilla' is a story of triumphing over adversity and also has a message about acceptance but it's also just really good fun and a hysterical night out. This production more than does the original cult film justice. It's colourful, over the top and just downright fabulous.

Do not miss this camper-than-a-row-of-tents, hilarious, dazzlingly brilliant spectacle. You'll never know unless you give it a go!