This production of Andrew Lloyd Webber's musical (originally a novella by David Garnett), directed by Jonathan O'Boyle, is simply phenomenal. The splendour of it is augmented by the amazing staging at Hope Mill Theatre which is a more intimate venue with a much smaller audience than the majority of theatres but the audience's proximity to the stage and the actors really enhances the atmosphere and immerses the audience so that we almost feel part of it.

The story spans seventeen years and tells the love story of the two main characters, Alex (Felix Mosse) and Rose (Kelly Price) and their tangled lives and love interests. Their relationship is very much on/off and love/hate but there is a burning passion which endures.

From the very opening bars of "Love Changes Everything", I was totally captivated. Felix Mosse's portrayal of Alex is quite mesmerising, particularly as most of the time, Alex presents as guarded, intense and sometimes nervous but when the occasion demands, his anger and rage are explosive and convincing. Felix's acting is superb and he conveys his emotions expertly just by his stance and the expression on his face. 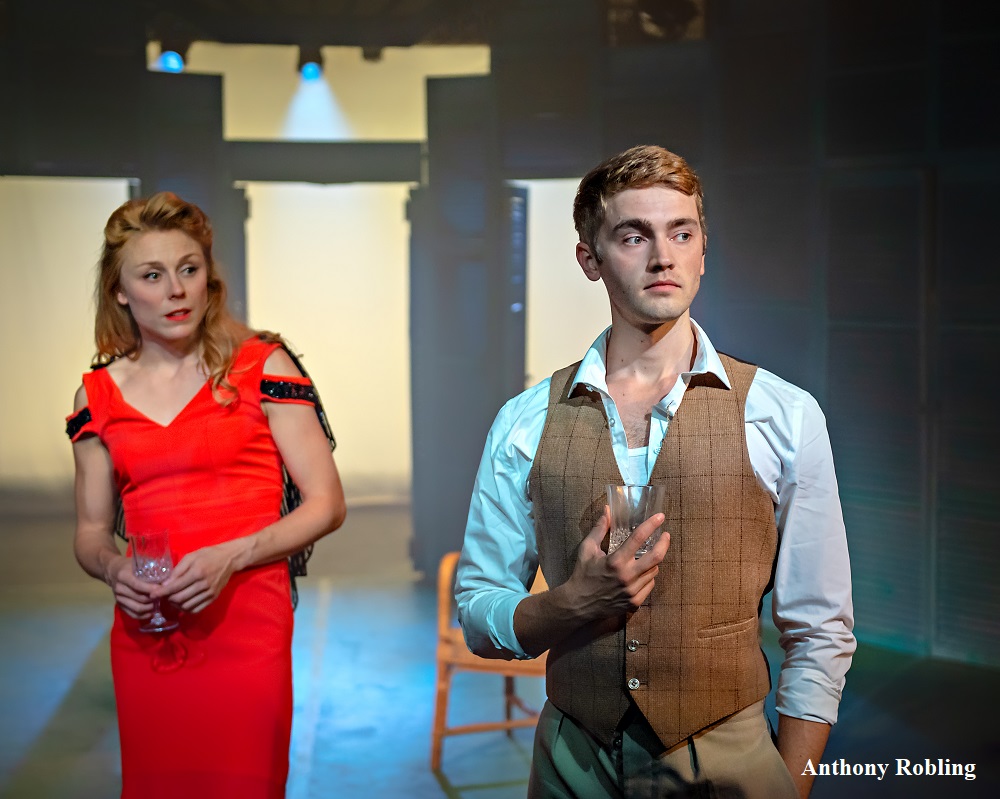 Rose is the sometimes dramatic, always enticing femme fatale. She appears unable to function without having the attention of at least one man at a time. Alex appears intoxicated by her. The chemistry between them was palpable and intense and utterly believable.

The character of George is played expertly by Jerome Pradon. George is a philanderer who lives for the moment and he also provides much of the humour. One of the most moving moments of the evening was "Other Pleasures" when George is singing about his daughter. Jerome captured the emotion with tenderness and real feeling and it was extremely touching.

All the cast gave outstanding performances. The interaction and relationships between all of the characters was very plausible and convincing. Kimberly Blake as Giulietta was alluring and compelling to watch. Jenny was played by Eleanor Walsh and she gave a very believable performance of a young teenager falling in love for the first time and learning how to use her feminine wiles. Marcel (Minal Patel) and Elizabeth (Julia Nagle) did not have large roles but they also brought something very special to the table when they were on stage.

The ensemble scenes are magnificent. The first one which took my breath away was "Journey of a Lifetime" which was fun and exciting and so skilfully executed. The choreography was fabulous!

However, the absolute high point for me came during "Hand Me The Wine and The Dice". I cannot emphasise enough what an impact this scene has! The direction and choreography are absolutely outstanding, as is everyone's performance but my eye was particularly drawn to Jason Kajdi and Jack Churms whose synchronised dancing was breath-taking. I wish this scene had gone on for longer, it was an absolute showstopper and will stay in my mind for a long time to come.

There is minimal spoken dialogue, the majority being sung. This can sometimes across as being clumsily done with the words being shoehorned into the music and I find this quite irritating but not so with this production. The quality of everyone's singing was also of the highest standard.

The set is beautiful. It is comprised of shuttered doors which are used imaginatively to great effect, with fantastic lighting in various colours which was bold and had a wonderful visual impact. The shutters created wonderful shadows which added to the atmosphere. I also very much enjoyed the way that the scene changes and prop placing were choreographed with understated but effective movements which really made these parts something to enjoy looking at, rather than essential placing which can quite often be clumsy.

This is an outstanding, spectacular show which simply must be seen by as many people as possible: it is nothing less than it deserves. This stunning production, combined with the unique setting of the wonderful Hope Mill Theatre, makes for a truly unforgettable evening.