Most people have heard of Mike Oldfield's Tubular Bells and certainly most of us are familiar with the music from the Exorcist which uses the opening piano solo of Tubular Bells and was partly responsible for the album getting considerable airplay at the time.

Tubular Bells for Two does what it says on the tin: it is the entire album of Tubular Bells performed by two people: Aidan Roberts and Daniel Holdsworth.   These two men have incredible talent and energy, playing a multitude of instruments between them as well as providing vocals.   They both have a strong musical background: Daniel is a composer, performer and musical director and Aidan is a singer-songwriter, multi-instrumentalist and illustrator as well as also being a composer.   Unlike the original recording in which Mike Oldfield performed by recording each instrument separately and then layering the sound, Aidan and Daniel play all the instruments between them - live.   No mean feat.

Clearly they have a strong and loyal following - the Quays Theatre was almost full to capacity and they both received a rapturous welcome when they came on stage.   The audience was of a 'certain age' and you could imagine that most would have listened to Tubular Bells in 1973 when it was released while sitting on a beanbag in their University digs (the various Pink Floyd T-shirts evidencing the ubiquitous Prog Rock uniform!)

The show begins with the most well-known part of the album, the haunting sound of the music used in The Exorcist.   The use of the haze machine and very atmospheric lighting made for an excellent start which was quite compelling.

Clearly, if you are a fan of Tubular Bells and you have the album, then this is a fantastic show.   Even if you are not familiar with it, it is still fascinating to watch as Aidan and Daniel switch quickly from one instrument to another, at times having to leap across the stage at lightning speed. It is like watching the musical equivalent of two quick change artists. Daniel did assure those members of the audience who had never heard the album that "this is exactly what it sounds like".

One section I found particularly mesmerising was in the second half (or Side 2!) when they both played the drums with tremendous energy and passion, I could have listened to them do that for a lot longer.

There was a little bit of interaction with the audience - they are both very likeable and were very appreciative of the enthusiastic Manchester reception they received.

They received a well earned standing ovation at the end of the show, so much so they then went on to play an encore.   Personally, I feel they should have finished on a high at the end of Tubular Bells as the encore was overlong and I felt they'd lost the momentum and energy of the main show by the end of it.   However, there is no disputing that they are extraordinarily talented and completely commanding in their performance. 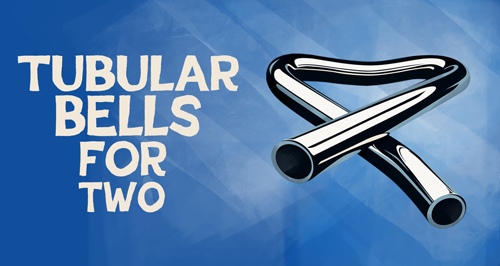