The Snowman - The Bridgewater Hall, Manchester

This is The Halle Orchestra's Christmas tradition for the youngsters. For some years now they have played the music of the famous children's animated film, The Snowman, live with the film being shown on a screen above the orchestra simultaneously. It has been many years since I saw this Christmas cartoon, so long in fact, I was barely out of nappies; however, I had the opportunity today to go along to the Bridgewater Hall and reacquaint myself with it.

However, before that, there was an unadvertised item on the programme, which actually lasted longer than the main event! This was a reading of a story about Paddington Bear with orchestral accompaniment. For this, our narrator was Tom Redmond, bouncing onto the stage dressed in Christmas jumper and trying his best to enthuse and engage the youngsters. Sadly though he failed in this regard, and they were fidgety and disinterested throughout.

The main reason for this is that the whole shebang was not aimed at their level. First there was no film, not even a cartoon montage or short sequences exemplifying and accompanying the narrative, save four stationary images of Paddington on a continual repeat loop which might as well have not been there what purpose they served. Second, the narrator didn't engage with the children in any way and the language used in the story was far too advanced without picture explanation. Third, there was far too much music without anything else happening, and the music was again not suitable for the target age. Sadly 'Paddington Bear's First Concert' was the worst thing I have ever seen the Halle orchestra involved with, and looking around at the audience around me during this piece, none of your target audience were watching and listening. We were all bored and disinterested.

Thankfully there was an interval at this point, and we all went back in for the second half knowing that whatever they threw at us it simply had to be better than what we had just witnessed! Fortunately it was. This was what we had all come for; the film of The Snowman played on the screen above the orchestra who played the score without interruption. The children were quiet, attentive and enjoying themselves. Some more than others admittedly, but I guess you cannot please everyone!

To add to this, then the famous song from this film, 'I'm Walking In The Air' was sung by a young boy chorister, Gustav Hawkins. He sang extremely well, and received a deserved rapturous applause at the end. I did wonder though why he was made to sit through the entire film centre stage and in a spotlight - and he didn't look too particularly happy about that either.

The orchestra this afternoon was conducted by Jonathan Heyward, and of course they were their usual brilliant selves. I would have been devastated had they not been. Although they were ever so slightly out of sync with the film on a couple of occasions; but I guess being live and not in studio conditions that is near impossible to gauge.

All in all, it was rather a let down and was certainly not the Christmas highlight my companion and I were hoping it would be for the two youngsters we had brought along with us. We'll be going to panto next year, that's for certain! 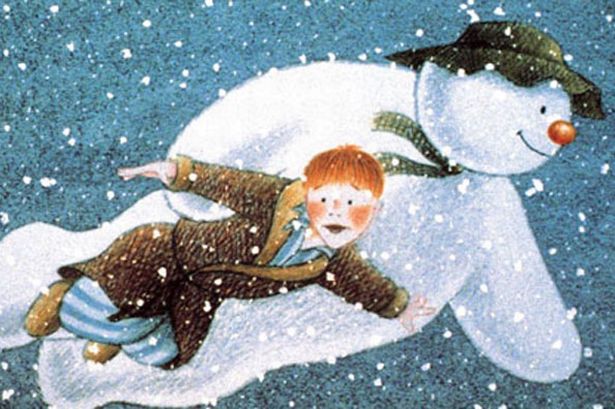