Joining the orchestra this evening were not just the Halle Choir, but also the Halle Youth Choir and the first time I have seen or heard them, the Halle Children's Choir.

In fact I have never seen the choir seats so full before. I didn't count - I couldn't there were simply too many - but there must certainly have been about 300 choristers up there! It made the orchestra look rather tiny and insignificant!

The Halle Carol Concert is an annual event and is becoming something of a Manchester Tradition now. Rather in the spirit of The Royal Albert Hall's Last Night Of The Proms the orchestra and choir are allowed to 'let their hair down' and join in with the festive merriment somewhat. They play popular Christmastime melodies and also some that are not so well known, and as always, invite the audience to sing alongside all three choirs, organ and orchestra to several more popular Carols. And from the moment you walk up to the entrance of The Bridgewater Hall and see the snowflake on the stone, receive a warm and friendly welcome from the staff, you are already in the mood for what is a rousing, invigorating, but also deeply Christian celebration.

All this sounds fabulous, and yes, it is; or at least would be if a certain amount of care and / or control were made on just exactly what festive adornments the performers were wearing. I feel really quite strongly that The Halle, as an organisation and an institution has to maintain its place at the top of the tree, and I can't help thinking that by allowing certain thunder-stealing moments from individuals deciding to wear a complete Elvis costume, a Youth Choir member wearing a large white Father Christmas beard, another chorister from the men wearing a red-flashing nose,{ very distracting and irritating in the slow, quiet a cappella singing!! }, and an orchestra member wearing a fully lit Christmas tree, and the organist an elf, somehow lowers the standards and demeans the occasion. For me, it should be an all-or-nothing situation. If some members of the adult choir put tinsel on their folders, then ALL should do it. If the choirs decide to wear fancy dress for the second half, then ALL should do it. There needs to be some more uniformity and therefore something more visual which will enhance the spectacle rather than turn the spotlight on individuals who, although received spontaneous rounds of applause for their costumed contribution, upstaged and ruined the splendour of the occasion. Although that being said, I did enjoy the blow-up Father Christmas suit routine by the five French Horn players. I also half expected this to happen too though after seeing them the previous evening - so I guess maybe it was fulfilment of anticipatory joy.

In this regard, I must state here that I was most impressed by The Children's Choir. I have neither seen nor heard them perform before, and they were a much larger choir than I had anticipated, ranging in age I would guess from about 8 to 12, although the programme doesn't say. They were an absolute delight to watch, they walked in and out with military precision, sat still throughout like angels, stood and sat as one [something which both older choirs failed to do! ], and they sang the entire concert without song sheets or folders - again something neither of the other two choirs could do!! I bow to each and every one of you!! Excellent work and beautifully sung. You did The Halle and yourselves proud!!

Sadly I could not same the same for the Youth Choir who looked somewhat ragged by comparison. Black open-neck shirts for the boys looked a little too relaxed, and why were there two boys in amongst the girls. Surely, even if they are a different voice, they could still sit at the end of the row? There was also quite a bit of fidgeting coming from their ranks too at the starts of both halves.

Anyway - enough about all of that; let's get to the music!

It would be simply impossible to cover every piece in the concert - there were 20 with two encores! - So here are the highlights.

A lovely rousing, uplifting and fitting start to the evening with the orchestra being joined by the Youth and adult choirs singing and playing superbly a version of the ancient text, 'Angelus Ad Verginem'. 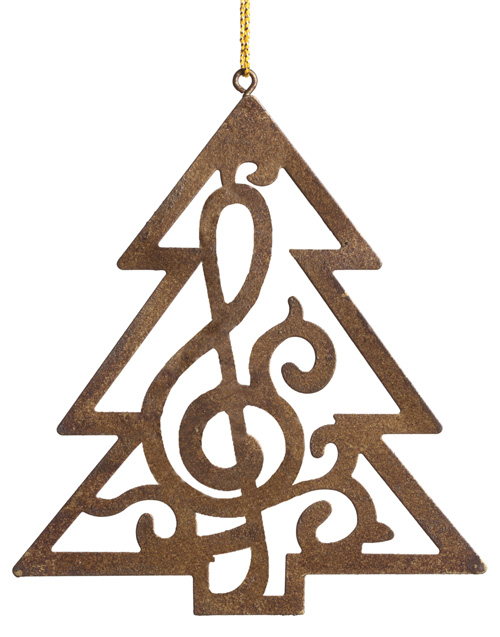 The Adult Choir ( using this term simply to distinguish them from their two younger counterparts ), seemingly in terribly short supply of men, gave us a splendid, if not slightly slower than usual rendition of Handel's 'For Unto Us A Child Is Born' from The Messiah. I say splendid because the diction and enunciation here was absolutely crystal clear.

The following piece was rather interesting because, as our conductor Stephen Bell, in his introduction to this piece told us, was written for violin and piano by the composer, Korngold, when only 11 years old! This orchestral arrangement still featured a part for solo violin which was beautifully played by Lyn Fletcher.

During the concert there were two carols sung by the Adult Choir alone and two sung by them and the Youth Choir together a cappella (unaccompanied). The first two being conducted by the Youth Choir Director, Richard Wilberforce, and the second two by The Adult Choir director, Matthew Hamilton. All were really lovely and a joy to listen to, but my favourite of them was the second of these carols, The Shephard's Carol, being the Youth Choir on their own; and this was not an easy piece of music by any means being dynamically and harmonically challenging, but truly beautifully sung.

The Children's Choir were also given two opportunities to shine. The first was an arrangement of Jazz Saxophonist Johnny Dankworth's 'Light Of The World'; and the second being a rather surprisingly entertaining novelty piece (complete with dancing turkey and Father Christmas on the apron front ) by Philip Lane called, 'Gobbledegook The Turkey'. [As an aside, I actually met the composer during the interval, and laughing, said that I would be kind in my reviewing of his piece. Sir, you have nothing to fear it was quite delightful! ]. The Children's Choir proving once again how amazingly professional and (the word used to describe them by Stephen Bell) sensational they really are by being so clear with their diction, hitting the notes spot on every time and putting so much feeling behind the words; even with some lovely choreography for the second piece too!

And of course, the orchestra had a couple of pieces which were sans choirs too! The highlight of these jewels was for me the opener to the second half. In the first place I don't think I have ever heard a Christmas-medley include the French Carol, 'Il Est Ne Le Divin Enfant' before, and also I loved the almost 'Star Wars'-like cinematic quality of the music. Of course, as always, the orchestra was magnificent!

Two pre-planned encores; the first for orchestra only - the much-loved, popular 'Sleigh Ride' by Leroy Anderson, and the second all three choirs joining in with organ and orchestra with, "We Wish You A Merry Christmas". There could have been no better way to end the evening, and to send us all out of the auditorium in good cheer.

Thank you Halle for a most entertaining evening in the company of unequalled choral and orchestral talent, and a huge bravissimi to their respective leaders; Stephen Bell (conductor and host). Matthew Hamilton (The Halle Choir), Richard Wilberforce (The Halle Youth Choir), and Shirley Court (The Halle Children's Choir).