This year’s Pantomime at the Theatre Royal Wakefield is Dick Whittington, and I will admit up front it is not one of my favourite festive offerings. However, when you assemble a cast as talented as the Theatre Royal has my mind has most definitely been changed. This is a joyous piece of theatre aimed at children both young and old.

Setting the scene appearing through a puff of smoke Philippa Hog is Fairy Bowbells and with some clever projections tells the tale of Dick Whittington and his journey to London before being interrupted by a rapping (King) rat. John Currivan playing King Rat from start to finish is ‘down with the kids’ rapping his way through the night as he attempts to cause chaos with the help of his mischief of rats.

Alderman Fitzwarren (James Dinsmore) once wealthy, lives with his daughter Alice (Jodie Steele) for whom Idle Jack (Alistair Higgins) carries a torch. But once Dick Whittington (Will Breckin) arrives looking for work with his trusty cat, Tommy (Aaron Hunt) Idle Jack must watch in dismay as Alice’s feelings for the new arrival are evident from the moment they meet.

Each and every one of this talented cast shine as they are given equal amounts of stage time. Hunt as Tommy the Cat bounds around the stage in a costume and make up that wouldn’t look out of place in Cats the musical. Dinsmore is a true triple threat taking on three roles across the evening playing Captain Lubber and Spartacus as well as Alderman Fitzwarren.

The relationship between Steele and Breckin is believable from minute one and they look good together. They have a number of short duets with Steele’s powerful voice commanding the stage. My only regret is that Steele didn’t have a solo number to utilise her powerful voice to full effect. 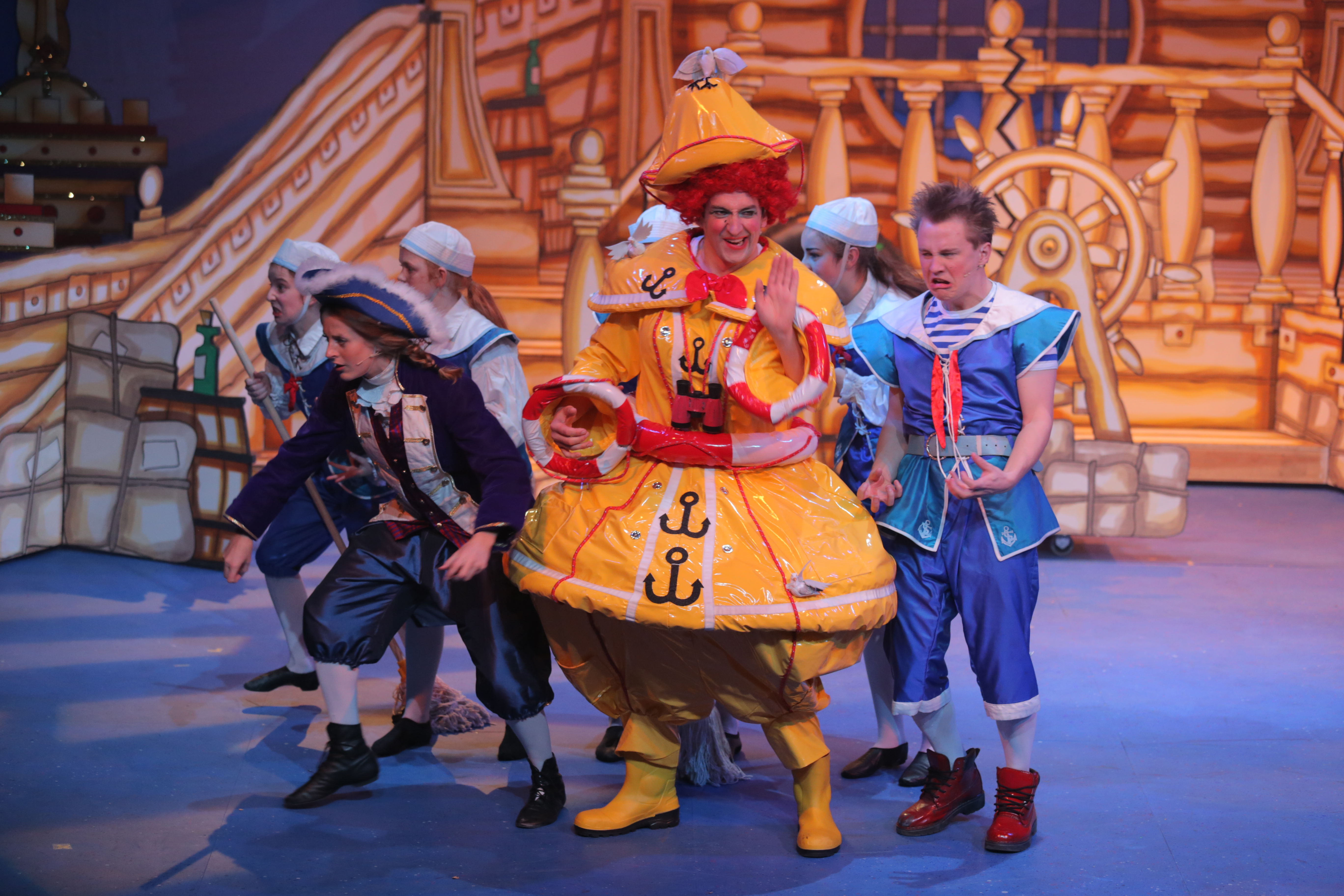 Six years ago Chris Hannon took to the Theatre Royal stage in Pantomime and has returned every year since. It is very clear to see why he gets invited back year on year, a more complete Dame I have not seen in a long time. With outrageous costumes and an instant rapport with the audience there is never a dull moment when he is on stage. This year’s role of Sarah the Cook guarantees in my mind he will be back for a 7th year.

Daniel O’Brien has written a superb script which has as many jokes packed into it as you could ever want. Yes, they are bad, very bad but that is what Pantomime is all about. There are as many jokes for the adults as there are for the children with some superbly disguised double entendre.

Beautifully effective sets and stunning costumes designed by Mark Walters set the scenes perfectly. I sat in awe watching the underwater scene, an extravaganza of UV, something I have not seen in a good few years at panto and never fails to mesmerise.

Dick Whittington is two and a half hours of pure unadulterated fun and should not be missed. Running until the 3rd January tickets can be bought at http://www.theatreroyalwakefield.co.uk/whatson/show.asp?e=714