Every time I venture over the Pennines to see a Manor Operatic show I have to remind myself that they are classed as an amateur company. I also have to remember to pack a finer toothcomb each trip in order to help me analyse their productions in greater detail as they get better year on year.

This Christmas, hot on the heels of the stunning Chitty Chitty Bang Bang, Aladdin flies into City Hall. I must before I continue mention the crew who work on these shows. In just a few days they transform City Hall in Sheffield from a classical concert hall into a fully functional proscenium arch stage that many venues across the UK would be jealous of. It truly is a stunning transformation and one the team under the management of Isabel Frost should stand back and admire year after year. 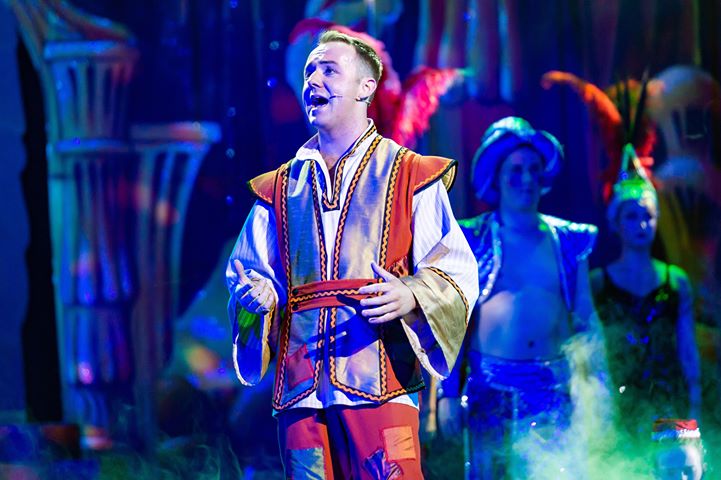 Onto the show itself. The story is familiar and needs no explanation. James Smith returns to City Hall, this time as Aladdin and is as confident and watchable as ever showcasing his powerful vocals. Christina Rice plays Princess Jasmine whom Aladdin falls in love with at first glance. Rice plays the innocence and charm of the role perfectly and interacts well with Emily Mae Hoyland as her personal assistant So Shy. Hoyland once again shines in the comedic role as she did in the summer as the Baroness in Chitty Chitty Bang Bang.

The evil Abanazar is played by Simon Hance who does evil very well indeed as he strives to get possession of the magic lamp hidden in the cave of a thousand lights. Fortunately Abanazar’s evil is countered by the Spirit of The Ring played confidently by Holly Mae Norris. The end of Act 1 when we first see the cave is an absolute show stopping moment.

The show is jam packed full of humour from start to finish with Policemen Hugh (Callam Fellows) and Mee (Gary Rossiter) causing chaos as they fail at almost everything they do. Manor favourite Chris Hanlon takes on the role of Wishee Washee and becomes an immediate crowd favourite. Another Manor favourite Robert Spink, returns as the glamourous Widow Twankey. Spink is one of the best dames around for me, always in control on stage, his interactions with both cast and audience are superb. I have seen the Manor pantomime for the last 4 years now and never fail to admire how he controls the children who come onto stage for the bucket game at the end of the show. 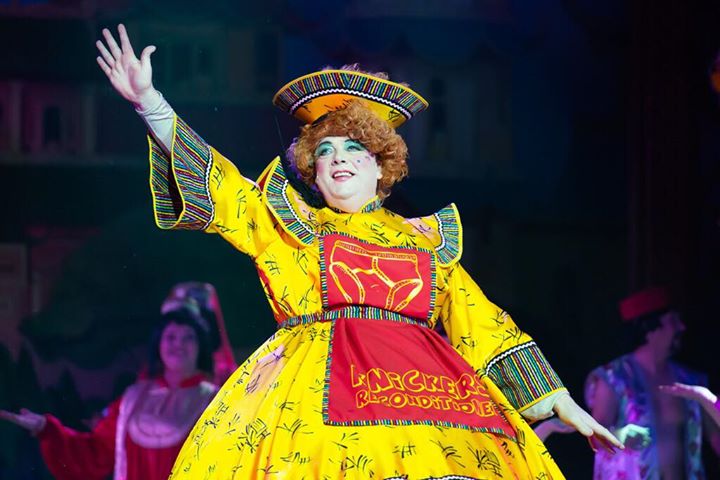 Sinéad Summerhill plays the domineering Empress with relish and seems to be enjoying every second of her stage time with the unusually quiet Andy Finnerty who uses his extraordinary facial expressions to fantastic effect as The Emperor.

Completing the main cast is Liam Gordon as the shimmering Genie of the Lamp commanding the stage whenever he was upon it.

At the beginning of this review I mentioned the stage at City Hall and it was filled throughout the show with the sizable ensemble all bringing something special to the performance. Lighting and sound were as usual good with a sizable number of pyrotechnics used throughout, although they didn’t seem to have the same impact as they did in last year’s production of Sleeping Beauty.

For me the highlight of the entire evening was the magic carpet ride. I cannot recall seeing a better execution of this effect ever as the carpet flew across the stage and out towards the audience with Aladdin aboard. Huge congratulations to all who made it happen, there are some professional productions that could learn from seeing this effect in action.

The dream team of Richard Bradford and Linda Kelly have not only produced and directed another masterpiece but also wrote it as well. Sheffield is lucky to have such a consistently outstanding production year on year, and this is one which wouldn’t look out of place on the largest of professional stages anywhere in the country.

Manor return to City Hall in May with their next production, Our House. I for one already have it very firmly marked in my diary. Aladdin continues until the 6th January 2019 and any remaining tickets can be found at https://www.manoroperatic.com/ 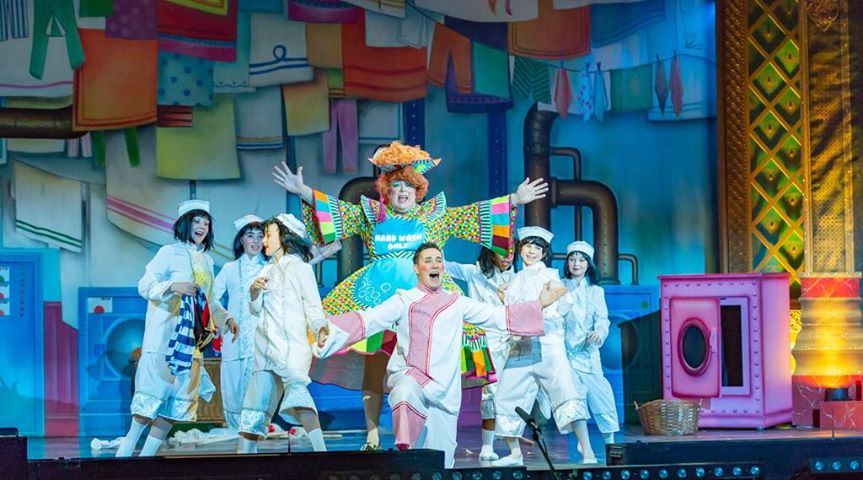