St Helens Theatre Royal is renowned for its excellent traditional Christmas pantomimes and adding to its prestigious reputation it is now producing Easter pantos. And why not? They coincide with local half-term school holidays so that children and families can attend and take pleasure in retro slapstick and musical chart hits, old and new.

St Helens Theatre Royal is a small, traditional theatre which some would term old-fashioned but as you enter, it wraps its arms lovingly around you and entices you to its small confectionery kiosk selling sweets and ice cream whilst the twinkling lights of the corner counter selling colourful swords and fairy wands entice you to purchase the multi-coloured plastic delights that small children love.

This production is a re-imagined panto version of the classic Wizard of Oz tale with a new script and lots of music to sing and dance along to. The show opened to thunderclaps, electrical lightening and Wicked Witch of the West, Samantha Palin with long green hair behind a camouflage of smoke, waving her broomstick at the audience and vowing not to allow Dorothy to get to meet the Wizard. Samantha has excellent stage presence and a commanding singing voice and plays the baddie outstandingly. As the “goodie”, Mia Malloy plays sweet Dorothy with great charm and believability and has an exceptional singing voice and stage personality.

We are introduced to three characters, Hickory, Dickory and Doc played by Reece Sibbald, Harry Moore and Timothy Lucas respectively early on in the story, three stooges who provide the comedy element in the tale. The aforementioned actors also double up and play the Scarecrow, the Tinman and the Cowardly Lion correspondingly exceptionally well. Reece takes the main comedic lead (the Scarecrow) and is almost in every scene with a heavy workload of script but pulls it off exceptionally. He is a brilliant communicator and his rapport with the audience is evident as he unceremoniously chomps on an apple during one scene and then spits out the pieces onto people in the front stalls and unexpectantly falls off the stage numerous times during others. The audience also delighted in being showered with water from guns fired by the Scarecrow and the Cowardly Lion and jumped at the chance of catching sweets from Glinda the Good Fairy played delightfully by Abigail Middleton.

Unreservedly, Reece Sibbald excelled as the Scarecrow/Hickory. His rendition of jokes, albeit that ‘The old ones are the best’ certainly surpassed and he had his patter down to a fine art in typical panto style, some of it double entendre thinly disguised as adult humour and topical jokes about TV personalities and politicians. Additionally, his other main talent was that of using his physicality to comedic slapstick effect, sending rippling giggles from the children throughout the audience during his performance. Sibbald was the main instigator of the audience participation, with audience member and good sport ’Jen’, being his target for the evening. Sibbald also brought theatre magic to the show when he minimised into a scarecrow, one third of his size against a black backdrop performing a song and dance routine which brought delighted laughter from the audience.

Sibbald also brought four dads from the audience members onto the stage to do an enactment of Goldilocks and the Three Bears. Three of the dads were Daddy, Mummy and Baby Bear whilst the other was Goldilocks. They were dressed up as their characters, sitting on chairs in a row whilst Sibbald read the traditional fairy tale out loud but whenever he said the words Daddy Bear, Mummy Bear, Baby Bear or Goldilocks each dad representing those characters had to run around the chairs. Consequently, one of the dads was mentioned more often than the others (Daddy Bear) and had to do more running than the others which brought rapturous laughter from the audience as Daddy Bear couldn’t keep up with the amount of running around he had to do and ended up exhausted on the floor before all three dads were awarded with a custard pie in the face from Goldilocks who then got four custard pies in his face. It was all good fun and well received by the delighted audience.

James Lusted played three roles, the Professor, Fiyero and the Wizard with a surprisingly, exceptionally loud voice which defies his size and credit must be given to well-behaved Toto, Dorothy’s small dog, part Jack Russell/Chihuahua/Yorkshire Terrier, played by Buddy, a star of the Harrington’s dog food TV commercial.

The production had a multi-media approach with the twister storm and the homecoming having accompanying sepia video footage which recreated that of the original film with lightning and sound effects to add atmospheric effects of the tornado. Additionally, the show was embellished with animated videos and a side show of a circus performance enacted by neon puppetry against a black backdrop which was novel and had multi performing animals including dancing seals balancing beach balls, monkeys on ladders and clowns on ginormous stilts.

At one point we could feel the heat from the flames of fire emitting from the stage and there were smokescreens and indoor fireworks at the end which all added to the excitement and pleasure of a very entertaining production.

The story remained true to the original film with the traditional songs, such as ‘Somewhere over the rainbow’ ‘Follow the yellow brick road’ and ‘If I only had a heart/brain’ which everyone identifies with The Wizard of Oz. However, these were complimented with more up-to-date and older pop songs ensuring that the ensemble dance numbers were lively and enhancing.

Commendation must be accredited to Choreographer, Sarah Walker, Musical Supervisor, Callum Clarke, Wardrobe Mistress, Rebecca Quinn and the cast of junior and senior dancers who supported the cast brilliantly. Producer, Jane Joseph and Director and Producer, Chantelle Nolan have productions such as these down to a fine art and seem to know what family audiences want. ‘Well Done’ to them and all those who contributed to a very enjoyable show.

Regal Entertainments are presenting The Wizard of Oz at the theatre from 15th – 23rd February 2020. 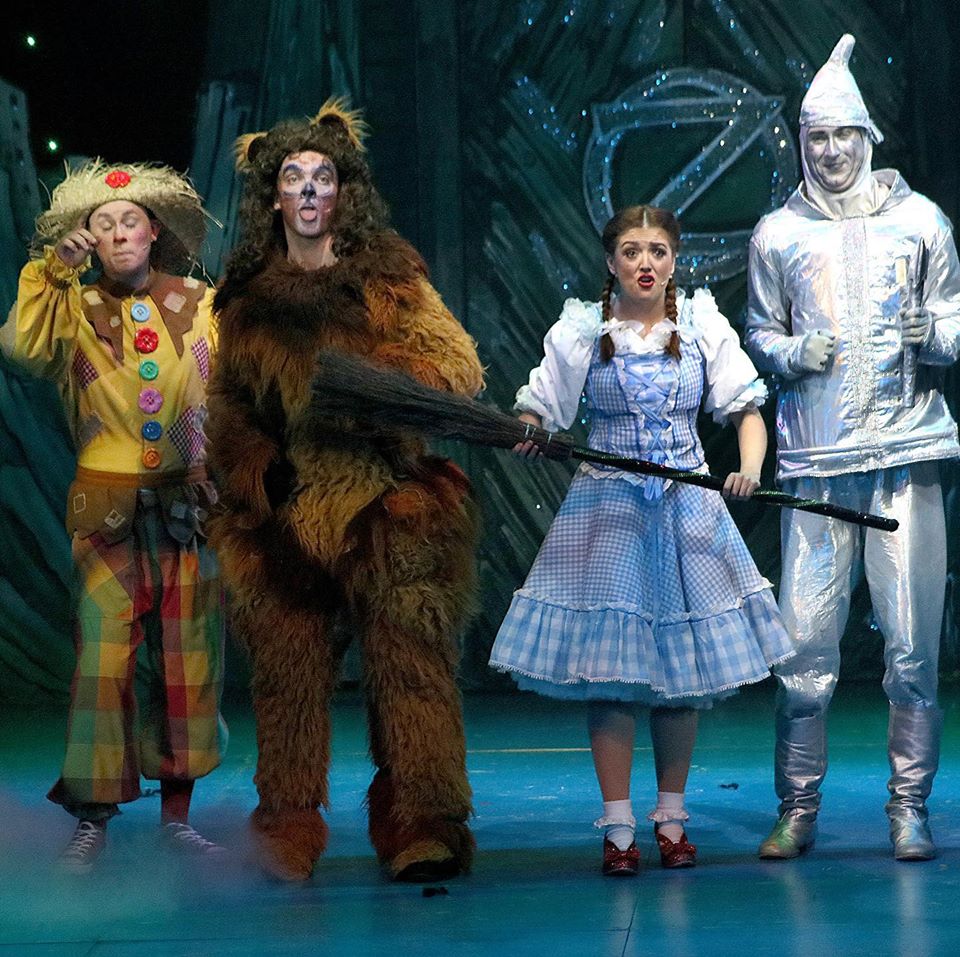