As Pride Month 2020 draws to a close it’s refreshing to see new writing of this calibre reflecting upon the gay experience and how it affects a person and relationships during a set period of time and change. Up ‘Ere Productions are a new Salford based production company working with local talent to create new work.

Souvenir tells the story of sixty year old Iain who having lost his friend of many years decides to take one last trip down to Soho from his native Scotland. This was a trip that both Iain and his friend Kip made on regular occasions. They simply wanted to experience and fully appreciate what it meant to be out in a more open and friendlier environment.

Matt Gurr’s script is both sympathetic and insightful and takes into account the changing attitudes of being gay in the UK. It’s a play about memory, loss, looking ahead and finally being happy with who you are. 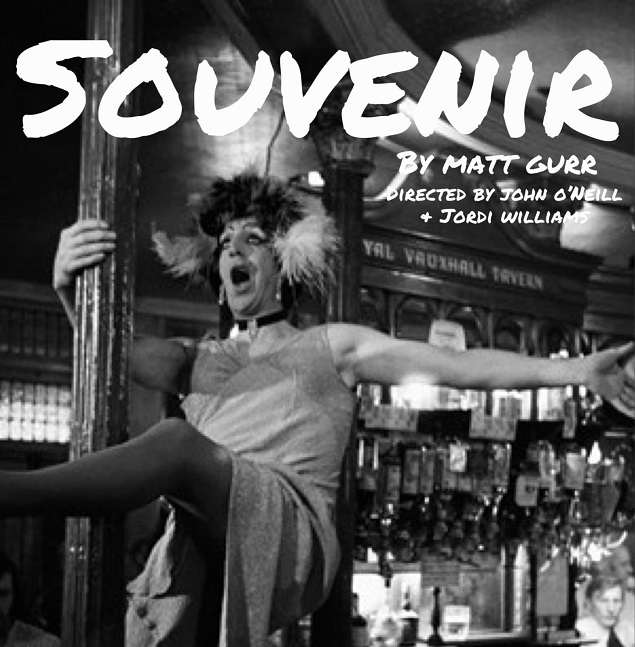 Directed via Zoom with great energy and understanding by John O’Neill and Jordi Williams, the script moves at a fair pace and even though it is ultimately about loss, it never really wallows in the what if’s or the what now’s – it is about moving forward and embracing the future.

Dave McClelland gives a sensitive and nuanced performance as the older Iain, Sandy Jack as his partner Kit commands attention in a beautifully judged characterisation, Jay Olpin cast in the dual roles of Jesse and Chester shows outstanding acting techniques and range whilst Gregor Duncan as the younger Iain gives a polished stand out performance with a skilled range of emotions throughout. It is fair to say that the quartet of actors put everything into this lovely piece of writing and treat it with the respect it deserves.

I have to say I am not a great fan of Zoom and it certainly is a poor substitute for the “real thing” but the team successfully pulled the performance together with the minimum amount of glitches.

Souvenir was a thoughtful meditation on self -worth, regret, love and ultimately how it is so very important to always remember that you should be proud of who you are.