The Hanging Bridge, which spanned Hanging Ditch, is now completely built-over and little of it survives. The natural brook that it spanned is no longer here either. However it is one of few extant pieces of Medieval Manchester, and as such must be preserved.

Its location is a little odd. The bridge forms part of the walls of what is now St. Deny's Bookshop in the basement of the Cathedral's Visitor Centre; and as such can be accessed and viewed whenever the shop is open. Therefore having a specific exhibition and mention during Manchester Histories' Festival, I thought there might have been something further to offer, however, I was sadly disappointed by that. 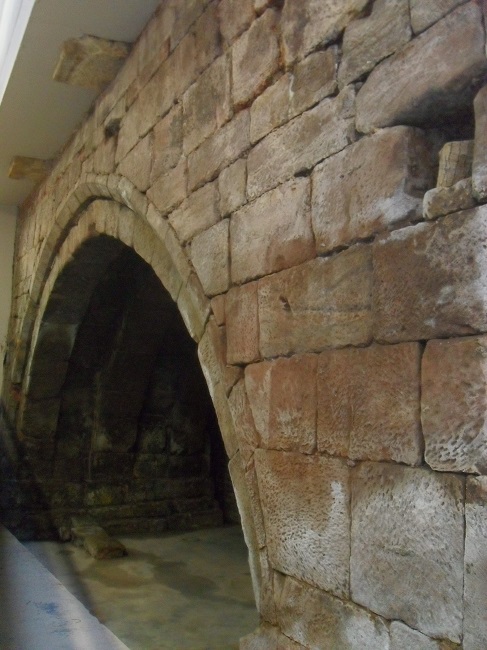 The exciting advert reads, “This exhibition invites you to get up close, learn more about the bridge's medieval history and dig deeper into the archaeology of the site." My thinking then was that we might be able to go further underground or new excavations might have been made for us to see more than can be seen from the bookshop. But of course this was not the case.

There are a few wall placards which afford some information about the history of the bridge which may or may not already have been there prior to the Manchester Histories' Festival, I don't know.

The Hanging Ditch was a natural a free-flowing tributary and was indeed rather narrow and fast flowing. It also had a waterfall at the end - the so-called hanging 'ditch'. The name has nothing to do with exerting justice to criminals! 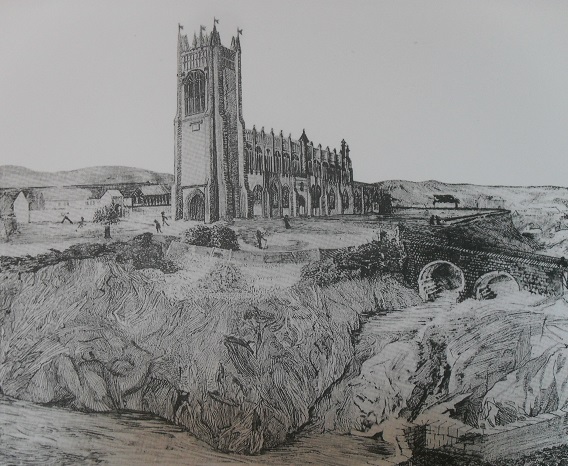 Other snippets of information provided are photographs of some of the reliquiae found in the ditch whilst excavating, but unfortunately not the actual items themselves. One information board does have a rather interesting piece of information on however - and that is that despite manual workers in Medieval England being majority male, The Great Charter Of Manchester of 1301 granted rights to women allowing them to trade in their own right.