With the unsettling rise of right wing ideology on both sides of the Atlantic this production could not have been timelier and politically apposite. Rufus Norris has snatched the Broadway classic and deftly and intelligently reimagined it for a twenty first century audience.

Where once German Expressionism influenced the design of this show, Katrina Lindsay’s stark set owes more J.C.Leyendecker. Our first glimpse of the malevolent MC (played with aplomb, dexterity and sinister depravity by John Partridge) is through a camera iris echoing the first line of the novel on which it is all based ,”Goodbye to Berlin." 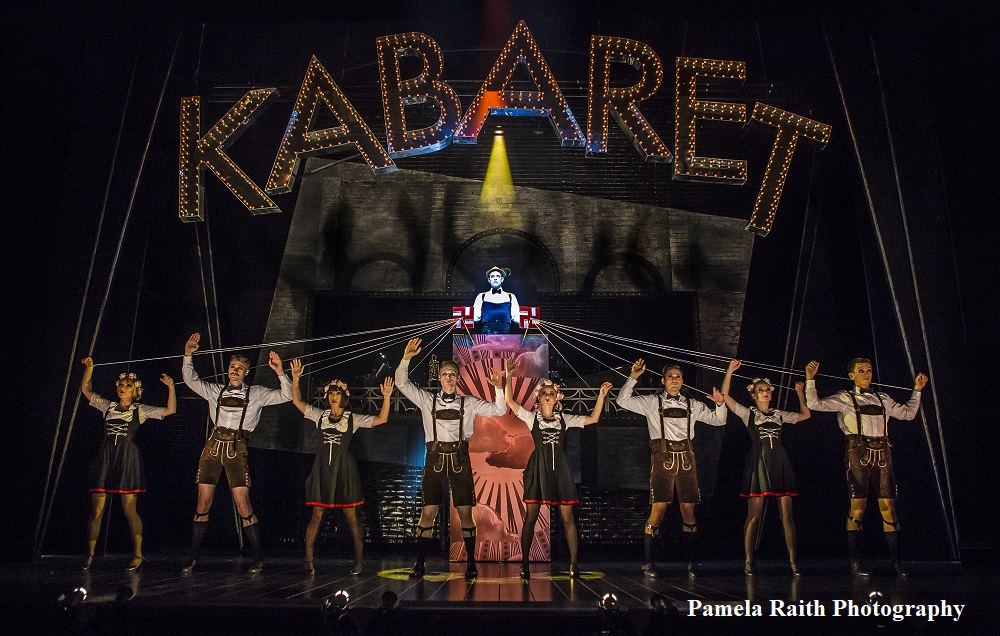 Adding poignancy to the narrative (and mistakenly omitted from the movie version) are the older characters who stoically witness the jack-booted invasion of their beloved Berlin and the decimation of their lives. Anita Harris, James Paterson and Basienka Blake perfectly evoke the hopelessness of their situation caught in what Hannah Arendt once hauntingly described as “the banality of evil.”

Javier de Fruto’s visceral choreography - a couple of numbers reinvented to breathtaking effect - together with Dan Samson’s and Tim Oliver sound and lighting design which are tonally perfect add up to an evening of resoundingly intelligent, respectful and chilling theatre. Kara Lily Hayworth nails Sally Bowles naivety and corrupted innocence and is perfectly teamed with Charles Hagerty as Cliff Bradshaw whose character (based on the author Christopher Isherwood) witnesses the events with camera-like objectivity.

This is enthralling, vibrant theatre with moments of staggering and unsettling beauty contrasting with ominous parallels and echoes for today. Tomorrow belongs to who?