Our Mutual Friend was the fourteenth and last completed novel of Charles Dickens.  He began writing it in 1863, yet here, in 2017, his words ring as true today as they did all those years ago.

Cash, dosh, readies, moolah, filthy lucre – or, lack of it and hunger for it – is at the heart of this dark, at times comedic, but always entertaining tale, brought brilliantly to the Hull Truck stage last night by an energetic group of talented youngsters.

Aided and abetted by an appreciative audience, a dark, atmospheric stage setting and music that perfectly matched the many scenarios, the Hull Truck Senior Youth Theatre actors were unrestrained in their efforts to draw us into two worlds – that of the rich and that of the poor. 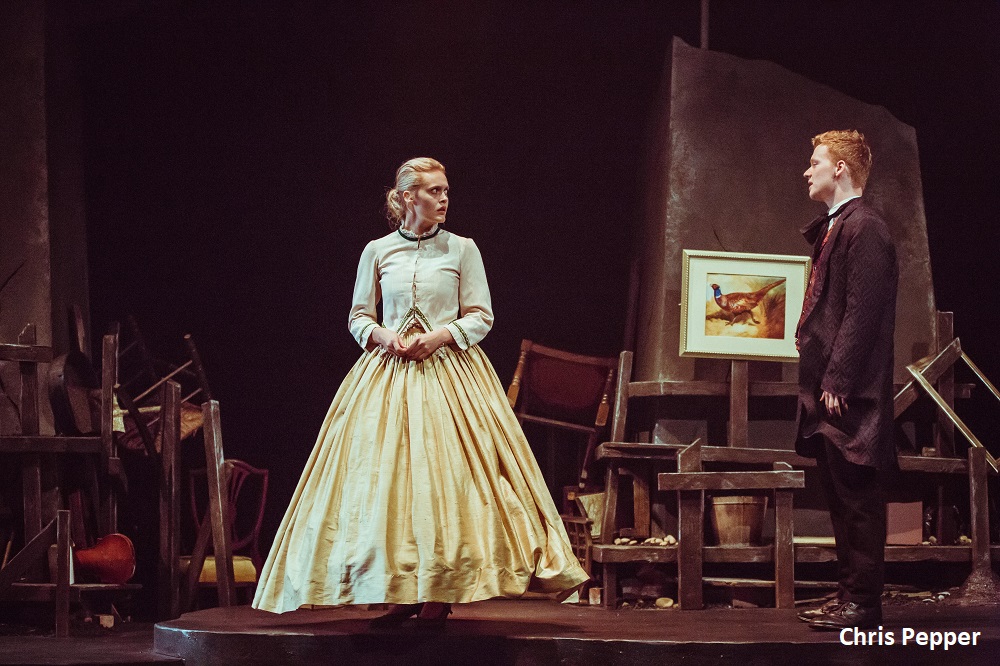 When a body is found floating in the murky River Humber (as opposed to the River Thames in the original book), it is believed to be that of the wealthy John Harmon (Ollie Mudd).

In John’s late father’s will one of the conditions was his son had to marry a young, quite poor, woman called Bella Wilfer (Laura Meredith) – a woman for whom being rich meant everything.

With John gone, the dosh goes to the old family servants, The Boffins (James Newton and Rebecca Noyes).

They take the eager Bella under their wing, but where money rears its ugly head, people change – she did and so did the Boffins, and not for the better.

Meanwhile, the now-rich servants take on a secretary, a John Rokesmith – penniless, but in love with Bella. With dollar signs in her eyeballs, Bella shuns him time and again.

The age old saying “money is the root of all evil” never rang truer, as a whole bunch of shady characters come out of the woodwork to relieve the naive Boffins of their fortune - a fortune initially made by the hard labour of poor souls working on a rubbish tip.

There are laugh-out-loud moments - the fight between the cheating bride and groom who exaggerated their wealth to each other, was especially amusing. But this is Dickens, and murder, jealousy, romance, skullduggery and mistaken identity also get a look in.

However, as in all Dickens’ novels, things aren’t always how they appear to be, but lessons are always learned. In Bella’s case, hating how the new-found wealth has turned the once-sweet Boffins into hateful egomaniacs, she makes a life-changing decision which, ultimately, bags her the man – and, eventually, the wealth - of her dreams.

Bella’s story is just one part of this age-old tale and this amazing cast of 60 (space prevents me from naming them all, and their roles) did their utmost not to disappoint, as every single member tirelessly entertained us. I struggled on occasion to hear what was being said, but it didn’t deter from my enjoyment.

The whole production was a joy from start to finish. Hull Truck’s future is in good hands.