Author L. Frank Baum’s classic “The Wizard of Oz” was first published in 1900 and has since seen various screen and stage adaptations, from the 1925 film version starring Oliver Hardy as the tin man, but the two most popular adaptations are the 1939 movie starring Judy Garland as Dorothy Gale, and the hit musical Wicked, a twist on the classic telling the stories of the Wicked Witch of The West, and Glinda, The Good Witch of The North.

From the first time I saw the Judy Garland movie version in the early 1980s I became obsessed; making my family watch the VHS every weekend for decades afterwards, so much so we had to replace the worn video cassette on an annual basis!  It became a dream to see a professional stage adaptation, but until last night at Sheffield’s Crucible Theatre, the closest I’d come was performing as a Munchkin at the tender age of seven at a local theatre group, and seeing “Wicked” some 20+ times in the West End. 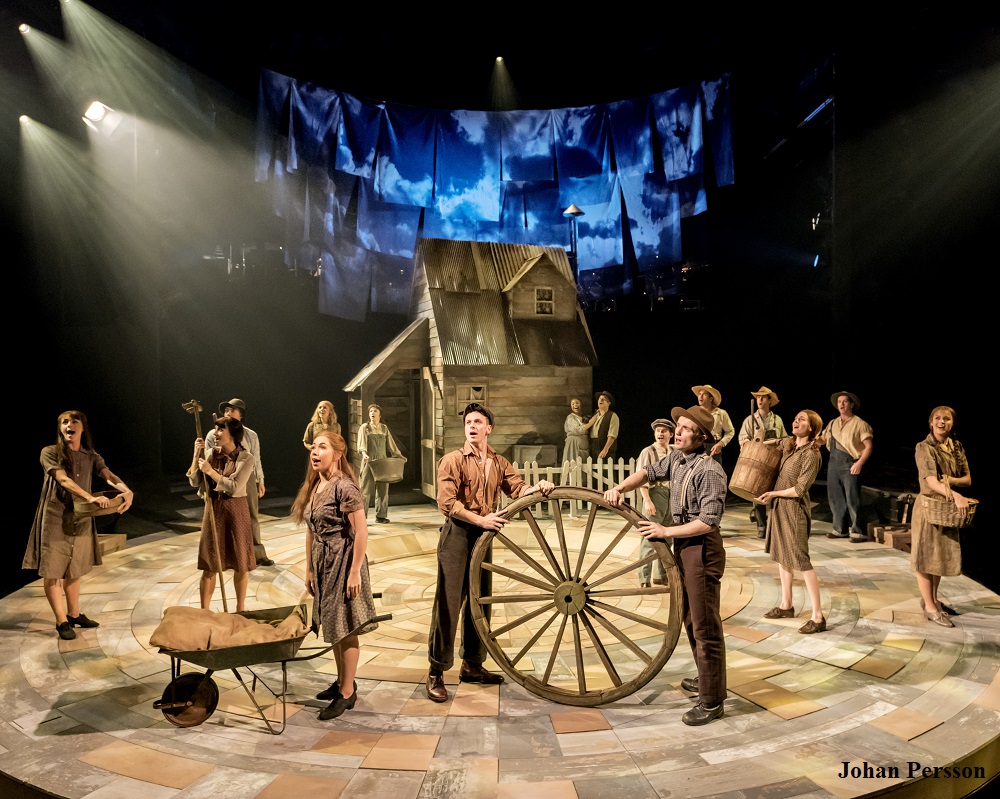 Designer Janet Bird’s stage set of the ramshackle of a farmhouse that is home to Dorothy Gale and her Aunt Em and Uncle Henry, sets the opening scene where we meet Dorothy and her canine companion Toto.  When the angry Miss Gulch comes to take Toto away for biting her leg, Dorothy begs Auntie Em (Sophia Nomvete) and Uncle Henry (Michael Matus) to stop her, but as Law abiding citizens they reluctantly let the dog go. Feeling unloved and underappreciated, she imagines what life would be like “Over The Rainbow” and when Toto escapes and makes his way back to Dorothy, she decides the only way to keep her beloved dog is to run away.   Little does she know that a storm is coming.....

It’s during the twister scenes and the transformation from Kansas to Oz that we witness just how sensational Janet Birds design is.  I really don’t want to spoil any part of this transformation as it’s a huge part of the magic of this production, but I imagine it’s the same feeling as those who saw the 1939 movie when it was first released got, as it was the first film to be filmed in technicolour so seeing the story go from black and white in Kansas to all the wonderful colours in Oz, is pretty much how I felt last night when Dorothy landed in Munchkin Land.

If you’re wondering why you recognise Dorothy (Gabrielle Brooks) huge infectious smile from, cast your mind back to earlier this year when the Crucible played home to the debut of the now huge West End Musical “Everybody's Talking About Jamie”, where Brooks was part of the ensemble.  Even during the run of Jamie, I found it hard not to be drawn into Brook’s natural charm and stage presence, making her an excellent choice for the loveable Dorothy Gale.  Her take on the classic “Over The Rainbow” was stripped back but in a way which made the audience feel every word and every emotion.   However my favourite song from tonight comes from the song cut from the 1939 soundtrack, “The Jitterbug”.   To this day I still don’t understand why this gem was cut from the Judy Garland movie! It’s hauntingly beautiful, and Catrin Aaron as the Wicked Witch, really gave the Judy Garland recording a run for its money.

This production transported me back to my childhood, seeing the story for the first time ever, with every minute of it being truly mesmerising.  I couldn’t think of anything more perfect to see over the festive period.