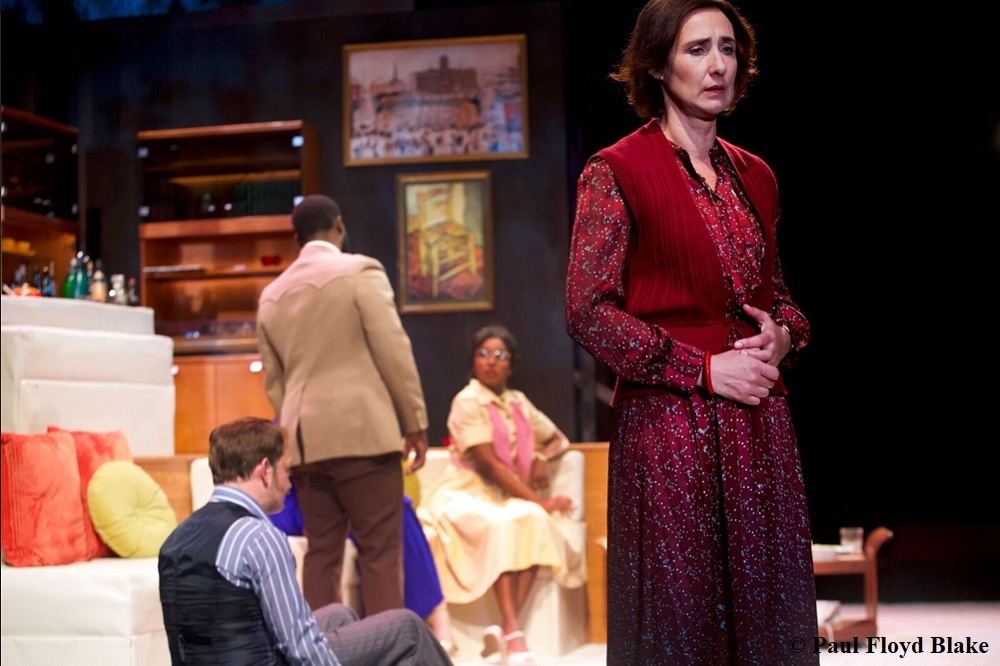 For those of us who can remember the 1970s, the stage was truly a trip down Memory Lane – the record player with smoky-brown, see-through plastic lid; pineapple chunks and cheese on toothpicks, stuck into half a grapefruit covered in tin foil, to name but two.

I bet I wasn’t the only one who felt a rush of nostalgia.

Although the 2018 cast of writer Mike Leigh’s classic are a mix of different ethnicities, as opposed to the original 1977 cast, the script is such that it mattered not a jot.

Beverly is keen to show off her home as well as prove to her neighbours that she has taste and manners as befitting the middle classes.

Before her guests arrive, Beverly (an ex-department store cosmetics demonstrator) flounces around in her long, floaty dress, posing, arranging nibbles, sashaying around and generally enjoying being in a world of her own.

First to arrive are Ange (a nurse) and Tone (a computer operator). Tone looks really ill at ease, whereas Ange, obviously in thrall to Beverly, sets about complimenting her while admiring her home. It’s all music to Beverly’s vain ears. 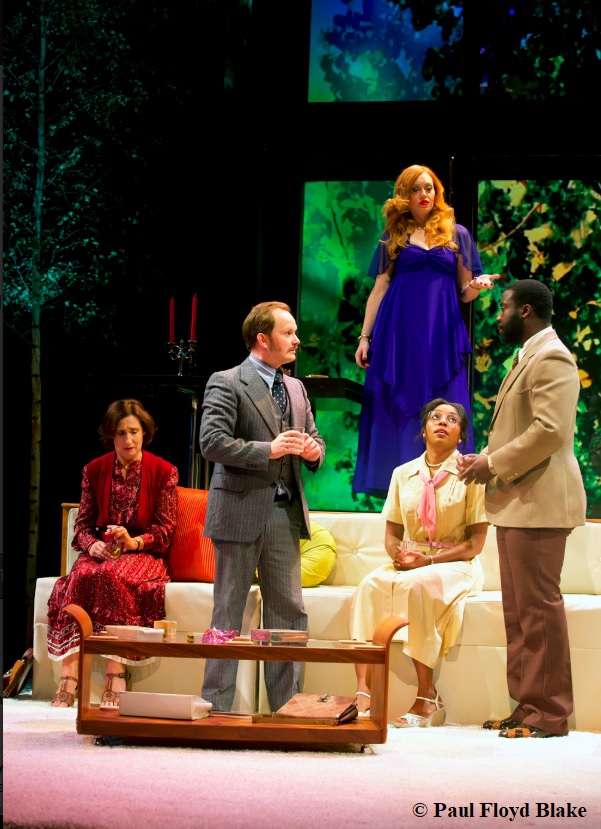 Estate agent, Laurence, flits in and out, making business calls, and not quite getting into the swing of things at first – much to his wife’s annoyance.

Last to arrive is the worried looking Sue. And she has good reason to be worried – her daughter, the Abigail of the title – is having a party, and by the sounds of the noise emanating from her house, it’s a good ‘un.

Sue is on edge all night, tries to “escape” several times, but circumstances and Beverly always prevent her leaving.

Everyone is on their best behaviour, at first, but as the drinks flow, the nibbles get eaten (poor Sue is practically force fed) and Demis Roussos, Tom Jones then Beethoven blare out from the trusty record player, people’s true characters slowly emerge.

Beverly’s cruel jibes at her husband make it painfully obvious to the embarrassed guests that their marriage of three years should never have taken place. And after much provocation from his tipsy wife, the guests witness a violent side to Laurence that shocks them all. It seems to silence gobby Beverly – but only for a few seconds.

The seemingly patient, Tone, meanwhile, has strong words with Ange, as the drink, inevitably, goes to her head and their differences surface. He looks none-too-pleased at being married to her.

And Sue looks more miserable by the minute – the gin and tonics forced upon her have taken their toll, resulting in her throwing up in Beverly’s spotless bathroom.

It sounds like the only person having fun is 15-year-old Abigail, who never puts in an appearance, but whose existence is always to the fore, thanks to the constant worried look on Sue’s face.

The leader of the pack is definitely the mouthy Beverly – no-one dares say no to her when she thrusts another drink into their hands, or entices them with a forbidden cigarette.

With her non-stop screechy chatter (I must admit it took me a while to understand what she was saying, but my ears grew accustomed to her accent) no-one else at the party gets a look in.

However, things take a shocking turn and Tone and Ange re-emerge as a strong team again, and it’s Ange who is calling the shots, while Beverly seems to fade into the background, silenced at last. Sue never does escape.

Mike Leigh’s story – as relevant today as in the 1970s - was brought alive by the five super talents on stage who made us laugh, made us cringe, and kept us thoroughly entertained with their actions as well as words.

With no change of scenery to distract us, the focus was solely on them and they never faltered – truly deserving the lengthy ovation from a very happy audience.