Through this difficult period artists of the theatre continue to find innovative ways to relay their work to the public, undeterred by dark auditoriums. No less a luminary than Alan Ayckbourn now brings us a new piece, Anno Domino via the internet in conjunction with his beloved Stephen Joseph Theatre in Scarborough.

Ayckbourn has recently made his feelings known on the subject of streaming of shows, saying the practice just isn’t theatre. It should come as no surprise therefore that this is not an online stage performance, Anno Domino being a purely audio presentation. Alan’s experience as Drama Producer for BBC Radio Leeds enabled him to see the potential for it to be broadcast as a radio drama. He acts in it for the first time since 1964 with his wife, Heather Stoney, the two portraying all the characters between them. 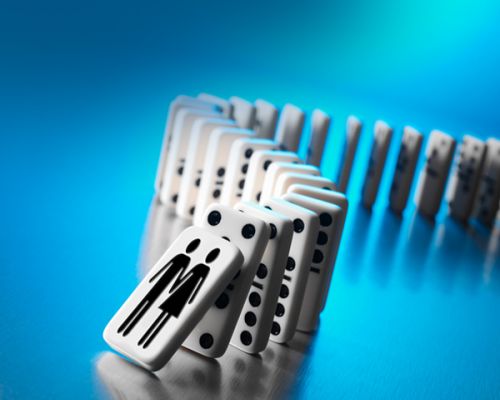 The play, available through the SJT website, begins on the evening of the twenty fifth wedding anniversary of Sam and Milly. They are to meet up at a local Bistro with Sam’s parents, Ben and Ella, his sister Martha accompanied by her partner, Craig and Martha’s son, Raz. Sam and Milly intend the evening not to be a celebration of their marriage but rather an opportunity to make a life changing announcement.

Ayckbourn’s rich dialogue effectively paints pictures which enable us to come to know Sam’s family members purely through sound. The ghastly Ella tolerates Ben, treats Martha with open contempt and adores Sam. Ben appears, initially at least, grudgingly content with his life. Martha struggles with low self esteem and the after effects of an unfortunate marriage to Raz’s father. Craig, bemused by the family dynamics is endeavouring to cope with Martha’s insecurities at the same time trying to forge a relationship with Raz. Raz is drawn to Cinny, a Trainee Restaurant Manager on duty at the Bistro on the night of the gathering.

Stoney and Ayckbourn slip from one character to another seamlessly, stand outs being their performances as Ella and Ben. It’s possible to forget that this is a cast of two playing these wonderfully textured roles. Least successful are their readings of the youngest characters, Cinny and Raz.

This speaks eloquently of many things. Clashes of culture between an older and younger mobile phone obsessed generation, the consequences of parental decisions and the fragility of relationships being but a few. That nothing is certain is however the most salient and timely message which this play beautifully conveys whilst offering a heartening sense of optimism for an unpredictable future.

Although this is a free online event Stephen Joseph Theatre would welcome donations, particularly at this challenging time. Details on how you can offer support are given on their website.

Anno Domino is streaming as an audio only recording through the Stephen Joseph Theatre website from 25th May 2020 until 25th June 2020. www.sjt.uk.com/annodomino