One of the joys of this job is travelling all over the north of England to schools, youth groups and amateur companies and witnessing raw talent that one day, who knows, could be shining on the West End stage.

Tonight I was at Wellacre in Flixton for their production of Grease.  Being a schools production this took the form of the original stage version of the show, one some people may not be as familiar with.  Some of the songs are different to that of the modern version of the show based on the film, also some songs have been curtailed and edited to suit the age group of the performers.  The story is still there though, and as one of the most recognisable musical films around I don’t think I need to remind you of the storyline.

Featuring a cast of 30 plus a choir in front of the stage as with every school production there is always a chance the stage can look cluttered but director Miss McDonough has done an excellent job of avoiding this scenario and with the assistance of Miss Spencer providing the choreography the larger ensemble numbers look neat and tidy.

The story as we know revolves around Danny (Peter Gagan) and Sandy (Chloe Chesworth) who both rise to the challenge of the roles and tonight in good voice.  Their performance however suffered slightly from a couple of sound glitches where their microphones didn’t seem to be working properly making some of the busier musical numbers difficult to hear at times.  That aside, both oozed confidence with Gagan proving to be the slick, cool character we all have come to expect, that is until he is in the presence of Sandy.  Chesworth also embraces the role from shy innocent teen through to confident woman. 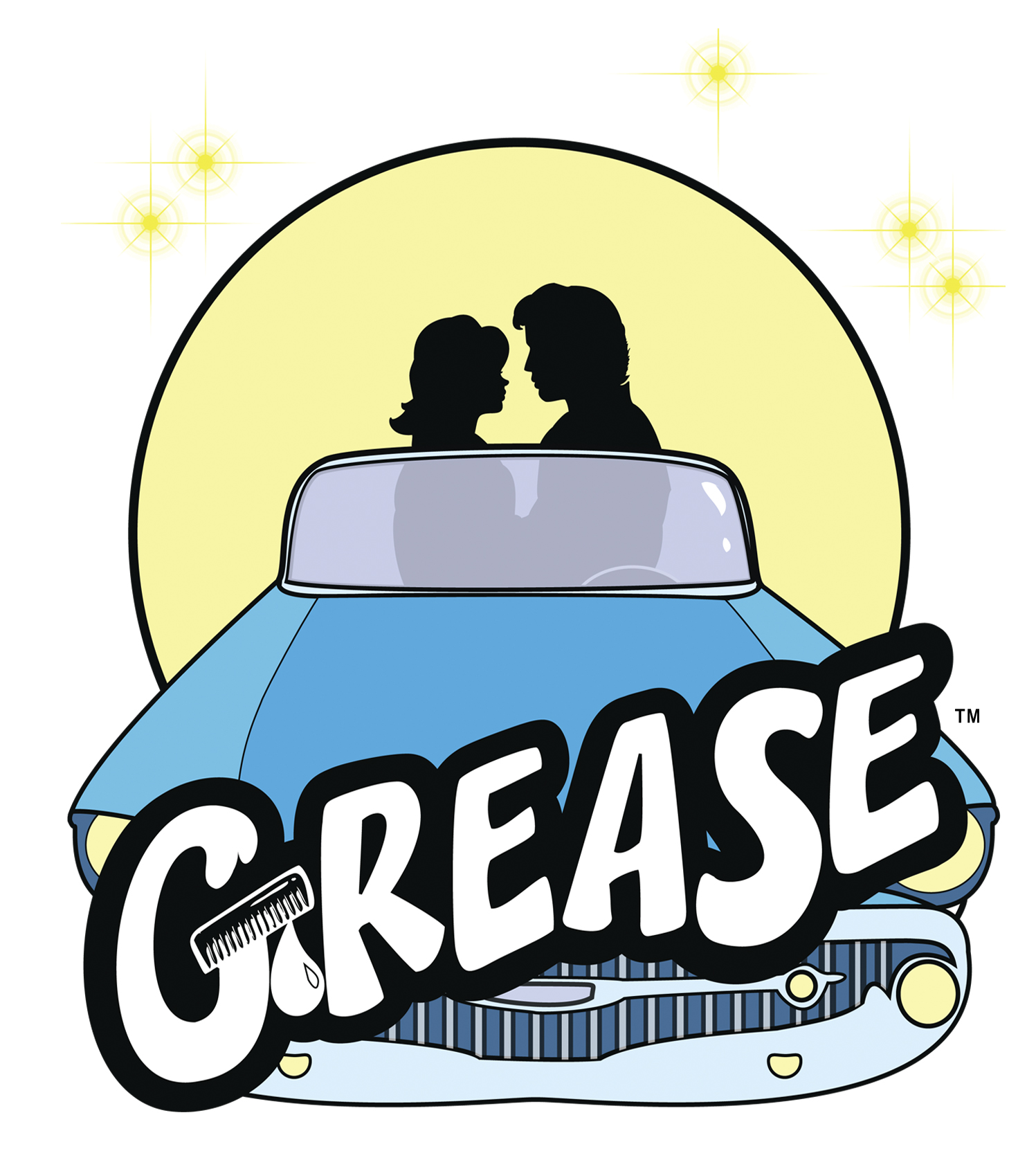 Danny is of course part of the T-Birds gang with Kenickie (Tom Davies), Doody (Harry Ackerman), Roger (Harry Merrell) and Sonny (Oliver Pagan) whom all play confidently throughout.  Dressed in their signature leather jackets with the T-Birds logo on the back it is nice to watch the mini stories happening in the background as they fall for their individual Pink Ladies.

Moving onto the Pink Ladies, I have to say that they shone brightest tonight of all on stage.  This group of young ladies, Rizzo (Evie Headford), Frenchy (Hannah Weiner / Grace Holmes), Jane (Rianne Kerry) and Marty (Soraya Holloway) commanded the stage whenever they were on it.  There were particularly strong performances from Kerry as Jane and also Elissa Headford as the annoying Patty Simcox.

However, for me the star of the night was Evie Headford as Rizzo.  With a great voice and superb stage presence, not once all night did she fall out of character even when at the back of the stage.  Every show has a stand out performer, and for me Evie was this productions.

Other notable performances by Maisie Galea as Miss Lynch, Yasmin Brownhill as Cha Cha DiGregorio and the hilarious Ryan Ogden as the hapless Eugene all help to make this fun show a memorable one and send you home with a smile on your face.

I also have to mention the band who were on fine form throughout the evening under the directorship of Miss Spencer who were the final piece in this productions jigsaw.

I note from the programme that Wellacre is celebrating its 60th anniversary this year and I for one can’t think of a better way to celebrate than by putting on this production.  Yes it had its minor faults (what show doesn’t), but it is a fun night out and features some very talented youngsters up there on the stage.