Spotlight on Robert Mountford – The Habit of Art

‘The Habit of Art’ was due to open at the Devonshire Park Theatre, Eastbourne, on 18th March 2020. When it was decided, (due to current circumstances), that the tour would not go ahead, Original Theatre Company were ready to go, so they decided to film their opening night as a ‘Live’ performance.

Along with another Original Theatre Company production ‘The Croft’, the launches will be streamed on 26th March –(The Habit of Art) and 27th March – (The Croft). These are available to download from these dates for a small payment of £5 for both shows or more if you can afford to do so. The money goes straight to the cast and creatives who made these shows possible and who now, can no longer work. Here is the link - http://www.originaltheatre.com/portfolio-item/the-habit-of-art/ 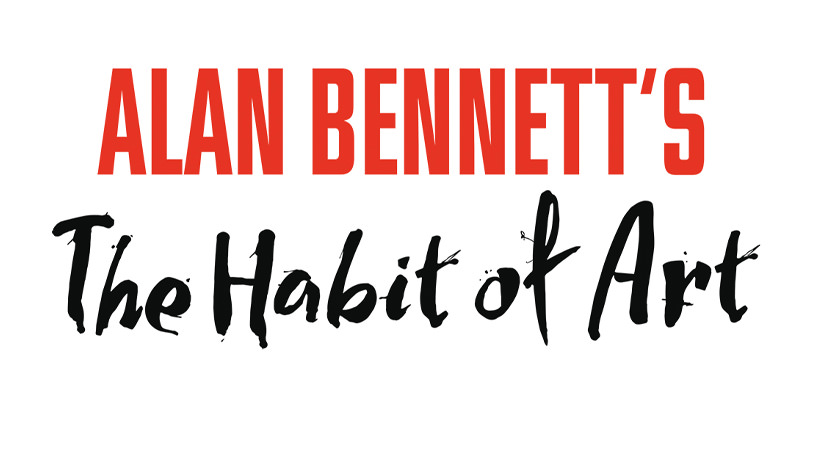 We had a wonderful opportunity to talk to Robert Mountford, who plays Neil.

You trained at RADA. How well do you think Drama School prepared you for life as a performer?

As Alan Bennett suggests in Habit of Art, ‘acting is a toolbox’. On day one we were told we were going to be shown an array of tools that we can use or not as we choose. I’ve found over twenty years, certain things come in handy on certain jobs and then in the middle of a rehearsal you remember something you’d abandoned and realise ‘ah, that’s what they meant!’

In terms of life as a performer, I don’t think anyone, or any school can prepare you. Each person’s journey is unique, very few have what might be called a career trajectory. The most important thing I’ve found is strong bonds with like-minded people who understand and have been through all the highs and lows we experience. I struggled with this in the early part of my career, but now with weather-beaten, gnarled, veteran, hardiness I can roll with the falls and take the successes more even-handedly.

Shakespeare seems to be like an old friend to you, with you recently playing Parolles in a very well received production of ‘All’s Well That Ends Well’. What appeals to you about performing Shakespeare’s work?     Do you have a favourite Shakespeare play?

I’ve always loved Shakespeare, even when I was a kid. I seemed to have a knack for it and had brilliant grounding at RADA for heightened language. I’ve also been lucky that I was able to practise a lot and take on great roles. Jatinder Verma, at Tara Arts, cast me as Prospero when I was only 30 and while that is very young for such a part, it gave me great confidence to have that trust put in me.

There is something special about working on a Shakespeare play. It’s like being on a roller-coaster, you get on and if you honour the verse, it takes you and hopefully the audience on a great ride and you can’t get off until it reaches an inevitable end. You have to ride the snake! The thrill is that you can prepare, but not plan if that makes sense. It’s bigger than you, the cast, the production and you must think on the line which keeps thoughts fresh and therefore makes it alive and exciting.

I loved playing Parolles, in a very sharp and clever adaptation by Tom Littler. Having done so much Shakespeare in my early career, I thought I needed to try other work. Largely due to more enlightened casting opportunities I’ve been able to try my hand at projects that might have been unavailable to me ten years ago: Pinter, Ayckbourn, Bennett. ‘All’s Well’ marked a return to Shakespeare for me, and I didn’t realise how much I’d missed it and long to do more.

Whilst we are on the subject of Shakespeare; you recently performed with the highly skilful ‘The School of Night’ (who perform improvised Shakespeare amongst other things), at the Shakespeare Institute. Is Improvisation something you would like to do more of?

Wow, that was a ride! I’d crossed paths with a few of ‘The School of Night’ brethren over the years (Sean McCann, Oliver Senton and particularly Alan Cox, who I’d met on my very first job) and being invited to join them as a guest is a career highlight. There is an element of improvisation in all acting work, but this was hardcore and yes, I would like to do more.

‘Vagabonds’ is your solo show which you co-wrote with Chris Larner. You have revisited it several times since 2015. Is this a labour of love?

Very much so. I started writing it at a time I felt I’d hit a glass ceiling and felt my opportunities for work were waning. When I was at drama school, amid all the classical work, I worked as an usher and got to see The Right Size (Hamish McColl and Sean Foley) every night. It was free-wheeling, surreal comedy with hilarity and pathos, David Benson’s show about Kenneth Williams and improvisation work with Jeremy Stockwell and oh too briefly Ben Benison. It showed me there was another way to make work.

I wanted to make a show using these influences and I had a very personal story I wanted to share – I met Chris Larner quite by accident - I was singing funny Right Size songs – and he pole-axed me by telling me he had written them. He became co-writer, director and mentor and is a story-telling master. Meant to be.

Creating my own show taught me a lot more about the process of the whole theatre industry, producing, marketing as well as the creative side and I’ve been delighted that the show has continued to grow and develop which culminated in a performance at the Phil Lynott memorial gig in Dublin – ‘The Vibe for Philo’. I hope I’ll be able to re-visit it one more time perhaps.

Can you briefly outline the plot of the ‘The Habit of Art’, for those who have not had the opportunity of seeing the play?

The Habit of Art focuses on an imagined meeting between poet WH Auden and composer Benjamin Britten at the end of their lives and both their stars are waning. It is a far-reaching play that explores the process of making art, how artists are perceived in the public eye (warts and all) and what their legacy may be. Auden and Britten had collaborated in their younger days but lost touch and in real life never met again.

Bennett cleverly frames this as a play within a play. A rehearsal room, where the actors and crew are trying to run through “Caliban’s Day”. This shows, through another lens, the process, foibles, insecurities and need to create art.

‘The Habit of Art’, previously toured in 2018 and you were a part of that production. How does it feel to be back in your role as Neil?

I love this play and love playing Neil. The precious, nervous writer of ‘Caliban’s Day’ who can’t quite get a grip of seeing his work being pulled around by various egos. Revisiting it has been joyous and we all fell back into our roles very quickly. Like many of the roles I’ve played I missed Neil and felt very grateful to step into his hipster boots once more.

The 2020 tour will not go ahead, but the wonderful news is that the production was filmed Live.  How did it feel to have the opportunity to perform the piece, albeit, behind closed doors?

I feel very sad that we were not able to share this work with a live audience. For me nothing can beat the experience of live performance. That said, it was an emotional experience to run it one last time in the hope that others can enjoy it. I hope people will support it and the wonderful, brave Original Theatre Company for doing their utmost to ensure the show must go on. 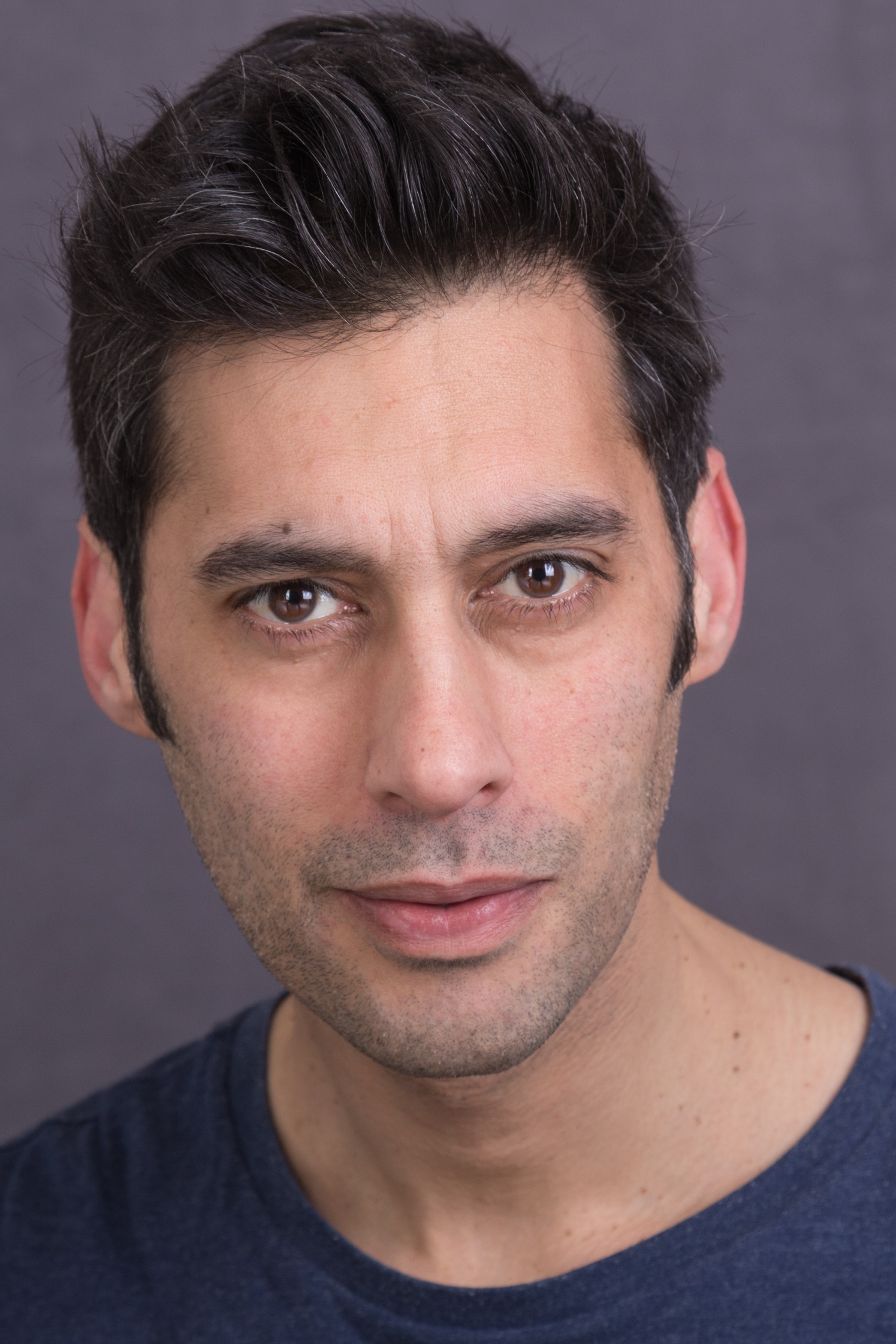